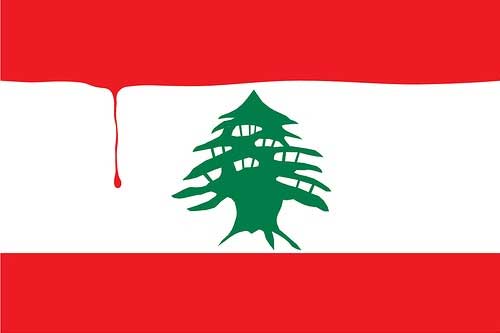 On Thursday, Politico‘s Ben Smith responded to my profile of Mitt Romney’s Middle East Adviser Walid Phares, and made an important observation:

This isn’t the sort of thing people on the other side of that conflict will ever forgive. It’s also not a conflict from which a lot of people emerged with clean hands, or one that has caused the U.S. to cast people implicated in atrocities beyond the pale. Ariel Sharon, for instance, was forced to resign as Israel’s Defense Minister after an Israeli commission found him negligent in allowing a massacre of civilians. And as Serwer notes, Phares was a quite young man at the time.

It’s not totally fair to use Sharon as an example here, because Sharon was not “beyond the pale” mostly because Israel is an ally of the US, not because his involvement in the Sabra and Shatila massacre wasn’t serious enough to warrant an expulsion from Israeli politics. It also wasn’t the US’ choice that Sharon was elected prime minister of Israel, and it’s not like the U.S. was going to cut ties with Israel because Israelis chose someone who was involved in a war crime as their leader. But again, that has more to do with the US relationship with Israel than it does the level of Sharon’s involvement or the gravity of the incident. Because of an amnesty law, Phares’ former associate, Lebanese Forces militia leader Samir Geagea, was one of the few people actually to face prison time before the Cedar Revolution in 2005 thrust the Syrians out. Even then, Geagea was in trouble for being anti-Syrian, not for any crimes he might have committed during the war. The post-war “accountability” sought by Syrian-occupied Lebanon was, to put it mildly, extremely selective.

Smith’s right, though, about the complexity of the situation in Lebanon. I spoke to one very well placed source for the piece whose attribution requirements were such that the quote would have been useless in the body of the piece, but I’ll use it here because I think it helps flesh out what Smith was getting at:

The war was such that I think a lot of otherwise reasonable men, they thought they were fighting for the survival of a whole people, and men do crazy things in that kind of situation, and only when it’s over do they realize what they’ve done.

I can’t pretend to know what that must have been like, it’s the nature of sectarian warfare that you become a target not because of what you’ve done but because of who you are. Your simply existing makes you fair game. And what that meant was that a lot of good people on all sides got swept up in a conflict because of the fear that they were about to be wiped off the face of the Earth. Many of those people came to the United States, and went on to live perfectly normal lives as Americans.

One of them was former Hillary Clinton adviser and digital media consultant Peter Daou, who was conscripted into the Lebanese Forces when he was 15 years old and remained for three years. “From the perspective of the Christian community, the Lebanese Forces were the last line of defense against Syria, Iran and related forces that vastly outnumbered them and wanted to eradicate them,” Daou wrote me in an email this morning. “That said, the massacres and targeting of civilians by all sides was beyond despicable.”

I don’t think it’s rationalizing to acknowledge that what happened in Lebanon was extremely complex. It should go without saying, though, that people in leadership positions should be held to a different standard. And I suspect most of us wouldn’t be quite as understanding of those who fought on the other side of the civil war.