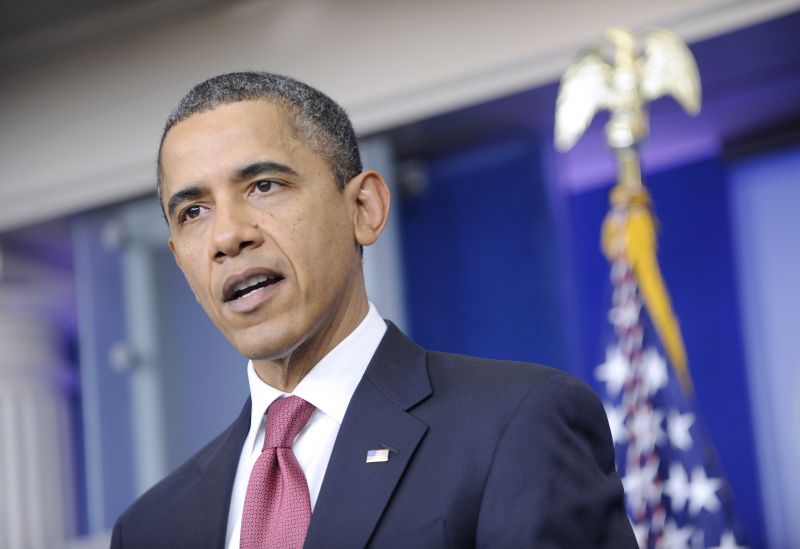 In a speech delivered at Osawatomie, Kansas, today, President Obama debunked trickle-down economics, punctured the myth of the unregulated paradise, and slammed a Republican party fixated on making life better for the top 1 percent.

Calling for new investments in education and technology, Obama took it right to Republicans, defending his efforts to reform Wall Street, protect consumers through the Consumer Financial Protection Bureau, and craft a more progressive tax code as part of a larger project to rebuild the Middle class. And his data points jibed with the income inequailty compliants that have been raised by Occupy Wall Streeters:

In the last few decades, the average income of the top one percent has gone up by more than 250%, to $1.2 million per year. For the top one hundredth of one percent, the average income is now $27 million per year. The typical CEO who used to earn about 30 times more than his or her workers now earns 110 times more. And yet, over the last decade, the incomes of most Americans have actually fallen by about six percent.

This kind of inequality—a level we haven’t seen since the Great Depression—hurts us all. When middle-class families can no longer afford to buy the goods and services that businesses are selling, it drags down the entire economy, from top to bottom…Inequality also distorts our democracy. It gives an outsized voice to the few who can afford high-priced lobbyists and unlimited campaign contributions, and runs the risk of selling out our democracy to the highest bidder. And it leaves everyone else rightly suspicious that the system in Washington is rigged against them—that our elected representatives aren’t looking out for the interests of most Americans.

More fundamentally, this kind of gaping inequality gives lie to the promise at the very heart of America: that this is the place where you can make it if you try. We tell people that in this country, even if you’re born with nothing, hard work can get you into the middle class; and that your children will have the chance to do even better than you. That’s why immigrants from around the world flocked to our shores…

It’s heartbreaking enough that there are millions of working families in this country who are now forced to take their children to food banks for a decent meal. But the idea that those children might not have a chance to climb out of that situation and back into the middle class, no matter how hard they work? That’s inexcusable. It’s wrong. It flies in the face of everything we stand for.

Fortunately, that’s not a future we have to accept. Because there’s another view about how we build a strong middle class in this country—a view that’s truer to our history; a vision that’s been embraced by people of both parties for more than two hundred years…

“We still have a stake in each other’s success,” Obama thundered at the end of his speech. “We still believe that this should be a place where you can make it if you try. The fundamental rule in our national life— the rule which underlies all others—is that, on the whole, and in the long run, we shall go up or down together.”

Want the numbers behind the speech? Check out our income inequality charts.