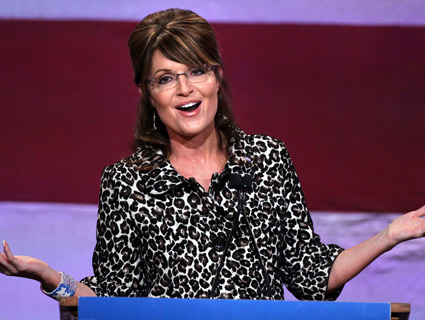 Three and a half years ago, I triggered the Sarah Palin email saga, when shortly after she was picked to be John McCain’s running mate, I filed a request for “all emails sent and received by” Palin during her entire tenure as governor of Alaska. Last June—after other media outlets and citizen activists had joined the effort to pry these records out of Alaska state hard drives—the state released 24,199 pages of emails that covered only part of Palin’s time as governor, up through September 2008. The state promised emails from the subsequent 10 months—up until her surprise resignation in July 2009—would be released later. That day came today—but, oddly, without any notice to me or other requesters.

The state turned over 34,820 pages of email only to the Associated Press (withholding almost 1,000 emails). This dump also included emails supposedly inadvertently left out of the initial release. I and the other requesters—including MSNBC.com, the Anchorage Daily News, the Washington Post, ABC News, and CNN—should have been informed of the release and provided copies of the material. But we’ve been frozen out.

This development is particularly curious, given that prior to the original release, the state of Alaska devoted much time to discussing all the details of that release with all the requesters. It was a rather elaborate process that entailed—to the state’s credit—much communication and coordination. This time, the state has improperly just handed the emails to the AP, without any interaction with the other requesters. This is a selective release and certainly not in keeping with the spirit, if not the actual dictates, of Alaska’s open-records act.

Why was I not notified that the emails were available for release in response to my records request?

It is absolutely unfathomable that you have released the emails in such a disparate manner solely to the Associated Press, before anyone else.

This is totally egregious and smacks of cronyism.

I’ve sent my own note to these officials:

As the original requester, I am quite surprised I received absolutely no notice of the release of this second batch of Palin emails—especially after all the coordination that went into the initial release. This strikes me as a selective release. Like other requesters, I would like an explanation as soon as possible.

Palin is not much in the news these days, but it’s not up to the state of Alaska to decide to whom to release these records. This move has a fishy smell to it.

UPDATE: After AP reported it had a copy of the second set of Palin emails, the Anchorage Daily News contacted the governor’s office and was informed that the state was mailing discs with the material to various requesters. (I have yet to be told that by the state.) The newspaper quickly arranged to get a copy of the discs directly from the governor’s office and has started posting the individual emails on its website. It’s apparently a slow and painstaking process—partly because of the manner in which the data was compiled—and as of late Thursday night (Washington time), the ADN had only been able to post 148 of the individual emails. At this rate….

UPDATE II: By Friday morning, the Anchorage Daily News had uploaded about 7400 of the Palin emails—and they’re searchable. Its reporters were just about to dive in and start looking for nuggets. You can, too, here.