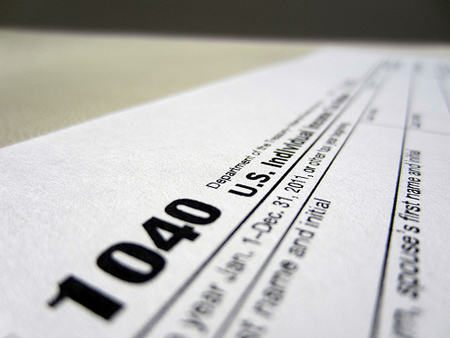 In 2009, IRS commissioner Doug Shulman said in a speech that the IRS had formed a new group of auditors who were going to be directing their attention at a special group of taxpayers: the super rich. Dubbing them “global high wealth individuals,” Shulman promised that his agency would be taking a hard look at people who had tens of millions of dollars worth of assets and income tied up in complicated financial dealings that often involved overseas banking and aggressive tax avoidance strategies. The IRS, he said, wanted to make sure that hard-working, tax-paying Americans could be sure that everyone is paying her own fair share. It’s certainly a ripe area for the government to turn up more revenue. In fiscal 2011, audits of people making more than $1 million identified $5 billion in underreported income tax, and that’s just for the roughly 15 percent of millionaires the IRS audited.

Two-and-a-half years later, though, the effort to target the super rich has proven underwhelming. According to a new study by the Transactional Records Access Clearinghouse (TRAC) at Syracuse University, the IRS has completed a mere 36 audits from the over-$10 million set since launching the global high wealth group. TRAC researchers estimate that this means the IRS audited only between 12 and 18 people, because the audits were counted by annual returns, not by individuals, who may have had more than one year of returns examined. That’s not even one percent of the more than 8,000 annual returns that the IRS has said include gross income of $10 million or more. (By comparison, working poor people with children who claim the Earned Income Tax Credit get audited at twice the rate of any other taxpayer.)

As part of its global high wealth group effort, the IRS has also promised to focus more on “flow through” entities—the partnerships and S corporations that super rich people use to avoid paying taxes. The group didn’t have the most ambitious goals to begin with, according to TRAC. But it failed to even meet those. The IRS hoped to audit 122 of these sorts of corporate entities in fiscal 2011, but completed only 40.

The IRS hasn’t come up totally empty handed by looking at the portfolios and tax returns of the super rich. They found $47 million in additional taxes owed. But if you consider how much the IRS turns up just in simple audits of ordinary millionaires, that’s pretty small potatoes. TRAC can’t say whether the disappointing results from the IRS are due to a lack of resources for the agency or the fact that the super rich might just have incredibly complicated financial affairs that aren’t quickly and easily tackled by the average IRS auditor. Either way, more resources for the IRS ought to be a priority for anyone who really cares about the budget deficit. The government is clearly leaving money on the table that it could surely use right now.