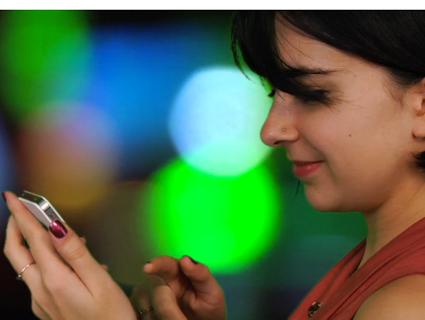 So, April is Sexual Assault Awareness month—a good time to consider the following: You’re stranded at a party one late night. The last bus has left, you’re miles from home, and now, a creepy stranger has you cornered at the bar. What would you do?

Get your smart phone out.

That’s according to a new app called Circle of 6, which won the White House “Apps Against Abuse” technology challenge last November. Released in March by The Line Campaign, an organization that creates dialogues around sexuality, relationships, consent, and sexual violence, and ISIS, a social and mobile media nonprofit, the app marries social networking with sexual assault prevention. While Circle of 6 is being marketed mainly toward college students, it’s gained broader support: In just two weeks since becoming available at the iTunes store, 20,000 people have downloaded the app.

The Circle of 6 app isn’t for everyone—you need an iPhone, for one, and some nice, supportive friends—but it could help teenagers and twentysomethings talk about abuse and sexual assault. According to the Center for Disease Control, nearly 1 in 5 women and 1 in 71 men in the US have been raped at some point in their lives. More than half of female rape survivors of all ages reported being raped by an intimate partner and 40 percent by an acquaintance. 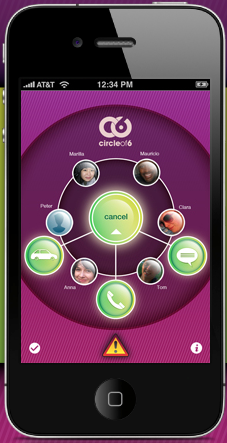 Here’s how you use it: Download the app (it’s free but currently only available for iPhone). Invite six people you trust to join your “circle.” Then, next time you’re feeling unsafe out late or stranded in an unfamiliar place, press the car icon. This will text your GPS location to your circle and ask them to pick you up. And if you find yourself stuck in an uncomfortable conversation? You can use the app to ask the people in your circle to call with a distraction. The app also lets you program a local hotline or emergency number.

Behind the app is Nancy Schwartzman, a filmmaker and violence prevention activist. Inspired by the stories of friends who’ve had to make some “hard choices”—whether to stay the night at a party, walk home alone, or take a ride with someone they might not know very well. And that’s for men, too. The app’s look is intentionally colorful and game-like—so it can be used openly. And even if men aren’t using the app for their own safety, Schwartzman says, they can still use it to help friends in need. “Guys will realize prevention is stepping in and being on call.”

Schwartzman and co-creator Deb Levine, who heads ISIS, believe that for college students, “your friends are your family,” and hope that Circle of 6 will create an environment where “your friends can keep you safe.” The goal, Schwartzman adds, is to harness what kids already do—spend a lot of time on their phones, go out in groups, check in with each other, and talk about relationships—and raise awareness about the ways they can prevent violence.

Circle of 6 Anti-Violence App for iPhone from Nancy Schwartzman on Vimeo.