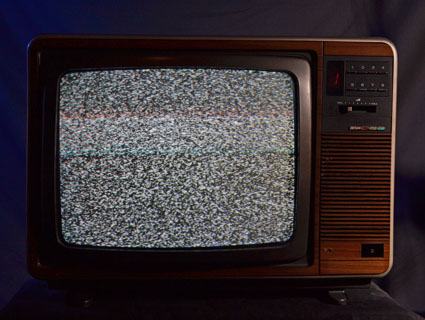 After years of consideration, the Federal Communications Commission finally voted last month to require broadcasters to post online political ad data currently kept only on paper at the stations. Yet it’s unclear when the data—which will provide a detailed picture of campaign and super PAC ad spending—will actually begin to be posted.

The National Association of Broadcasters sued to stop the rule last week, asking a federal appeals court in Washington to declare the measure unlawful. But even if the lawsuit fails, the earliest broadcasters will have to begin submitting data to a new FCC website is July, three months after the FCC’s vote. And it could be delayed until later in the summer, into the fall, or beyond.

The reason for the slow rollout? A law called the Paperwork Reduction Act.

In effect, the delay in implementation means information on who is buying political ads, where, and for how much, will remain trapped in filing cabinets at TV stations through several crucial months of the presidential campaign (not to mention state and local campaigns).

While presidential campaigns traditionally take off after Labor Day, this year campaigns and their supporters are already spending big. This month the Obama campaign and the anti-Obama Crossroads GPS each announced $25-million ad buys.

As ProPublica reported, the FCC approved the rule April 27 in the face of intense opposition from the broadcast industry. The commission promised to create a website on which the affiliates of four major networks in the top 50 markets in the country would begin posting detailed information about political ad purchases. All stations will have to come into compliance with the rule in July 2014.

Here’s how the process works from here on out.

When the FCC approved the rule in April, it dictated that the measure would go into effect 30 days after approval by the Office of Management and Budget. OMB’s role is to determine whether the rule abides by the Paperwork Reduction Act, which first passed in 1980 and is intended to, yes, minimize paperwork, and improve the quality of information collected by the government.

OMB assesses whether the information that an agency is proposing to collect from the public is necessary, practically useful, and so on.

Before OMB begins to review a rule, it has to be listed in the Federal Register along with a request for comment by the FCC. That happened May 11, two weeks after the vote, triggering a 30-day period for public comment. After the end of the public comment period, the OMB has up to another 30 days to complete its review of the rule.

So if OMB takes the full 60 days after publication in the Federal Register to approve the rule, the political ad data would start appearing on an FCC website in another 30 days—August.

But the process can be delayed further if OMB raises concerns with the FCC about the rule, at which point the commission would then have to take time to formulate a response.

It’s rare for OMB to object to new rules on the grounds of the Paperwork Reduction Act, according to Sean Moulton, director of federal information policy at OMB Watch.

But back in March, the National Association of Broadcasters argued in one paragraph of a lengthy letter to the FCC that the proposed rule would run afoulof the Paperwork Reduction Act. The industry, which vigorously lobbied against the rule, could use the current public comment period before OMB to object to the rule on the basis of the law.