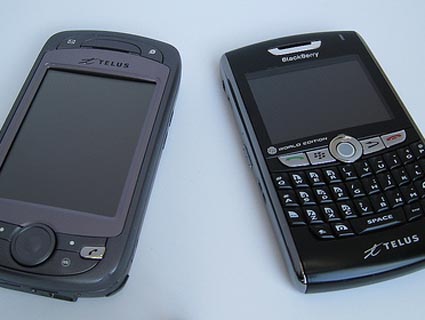 The feds demanded subscriber information from cell phone companies more than 1.3 million times last year, the New York Times reported Monday. According to the Times, the number of people whose data was turned over to the government could be far larger than 1.3 million, because “a single request often involves multiple callers.” The information was released in response to an inquiry from Rep. Ed Markey (D-Mass), but it’s incomplete—T-Mobile, which claims 33 million customers, didn’t provide Markey with specific data about the government’s requests.

This isn’t just about wiretaps. Rather, the authorities can obtain an incredible amount of information about you even without listening to your phone conversations. Instead, telecom companies are handing over things like text messages, voicemails, geolocation data (where you were when your phone connected with a cell tower) and which phone numbers you’re calling when. Much of this kind of information is available without a warrant because, from a legal perspective, they government isn’t searching you, it’s asking for information from a private third party to whom you’ve willingly given this information by signing on as subscriber. In a few cases, the telecom companies refused to comply with the requests.

“We’re talking about everything you can get from a cellphone carrier, except the content of the conversation,” says ACLU legislative counsel Chris Calabrese. Much of this information can be obtained without direct or substantive evidence of criminal behavior. When a law enforcement agency requests a cell tower “dump,” that is, information on who was near a specific cell tower at a given time, “it may get back hundreds or even thousands of names,” according to the Times, including information on people who have nothing to do with the individual of interest to the authorities. Part of the problem, Calabrese says, is simply that the laws meant to govern telecommunications haven’t been updated to account for advancements in communications technology.

There’s a bill in Congress, the Geolocation Privacy and Security Act, would tighten the restrictions on when cell phone companies are allowed to hand over location information. It has two sponsors in the Senate, Ron Wyden (D-Ore.) and Mark Kirk (R-Ill.). On the House side, a version introduced by Jason Chaffetts (R-Utah) has an unusual (but still small) group of bipartisan co-sponsors. Even this bill wouldn’t require law enforcement to obtain a warrant before requesting this kind of information—it retains an exception for any “emergency situation” involving “immediate danger of death or serious physical injury to any person,” “conspiratorial activities threatening the national security interest” or “conspiratorial activities characteristic of organized crime.” Senator Patrick Leahy (D-Vt.) has proposed a bill, the Electronic Communications Privacy Amendments Act, that would make all cellphone content avaliable to the authorities only through a warrant. It has similar “emergency” exceptions.

“These new technologies have gotten away from us,” Calabrese says. “We shouldn’t have to give up technology to enjoy privacy, and we certainly shouldn’t be carrying around a portable tracking device.”