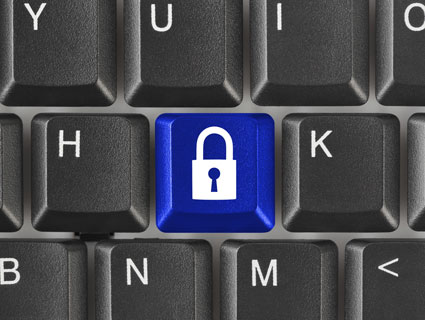 UPDATE 11/29/2012, 11:30 AM: The privacy bill easily passed the Senate Judiciary Committee with a voice vote, but it faces a tough fight in the rest of the Senate and the GOP controlled House.

If the authorities want to rummage through your house or tap your phone, they need a warrant. But law enforcement agencies currently enjoy easy access to the most intimate aspects of your online life—everything from emails to pictures to chat logs. Law enforcement officials would like to keep it that way, but on Thursday the Senate Judiciary Committee will take up a plan that would require the government to meet the same legal standard to rifle through your inbox as it would to search your underwear drawer.

At issue is the the Electronic Communications Privacy Act, the 1986 law that outlines the government’s authority to access digital communications. The ECPA never anticipated the advent of Gmail or Facebook and the extent to which Americans conduct their lives online; it considered electronic communications older than six months as “storage,” and set a lower standard for the authorities to access that information. But now that kind of online “storage” includes not just emails, but photo albums, calendars, and even the unsent messages in your draft folder. If you think that only criminals need privacy, consider that former CIA Director David Petraeus recently resigned in disgrace because an FBI investigation exposed his extramarital affair but found no criminal wrongdoing on his part.

“The law is extremely out of date,” says the ACLU’s legislative counsel Chris Anders. “It just gives a broad swath of law enforcement agencies the right to read your email and private communications.”

Sen. Patrick Leahy (D-Vt.), chairman of the Senate Judiciary Committee, has proposed a bill that would amend the law to require a warrant to access digital communications (with an exception for national security cases). But his plan has run into stiff resistance from law enforcement groups, and there are signs that the committee’s ranking Republican member, Sen. Chuck Grassley (R-Iowa), could try to neuter Leahy’s bill. In September, when changes to the ECPA were first being debated, Grassley’s office drew up a host of proposed amendments aimed at addressing law enforcement concerns, including one that would have largely preserved the current loophole.

Organizations that represent law enforcement and civil regulatory personnel are leaning heavily on the judiciary committee to maintain the status quo. “Changes to ECPA that could jeopardize timely access would mean that fewer leads could be chased down, a child missing for hours could turn into a child missing for days, and the dedicated men and women in U.S. law enforcement could be unduly restrained from accessing information necessary to prevent or solve crimes while criminals are free to exploit the latest electronic communications technologies,” a collection of police and prosecutors’ groups wrote in a letter to the committee.

Privacy advocates aren’t entirely thrilled with Leahy’s proposal, which, while strengthening the ECPA, would weaken a related law, the Video Privacy and Protection Act. That law currently states that companies must ask customers’ permission to disclose their rental records to the authorities, but Leahy’s bill would water down that standard. As the Electronic Frontier Foundation’s Mark Jaycox and Lee Tien note, under Leahy’s bill, companies like Netflix could obtain approval to share your information in advance, and then never have to ask again.

The federal courts have shown signs of coming around to privacy advocates’ view that scouring your inbox should be treated no differently than searching your bedroom. Whether enough members of Congress realize that modern technology makes that distinction mostly obsolete is a another story.