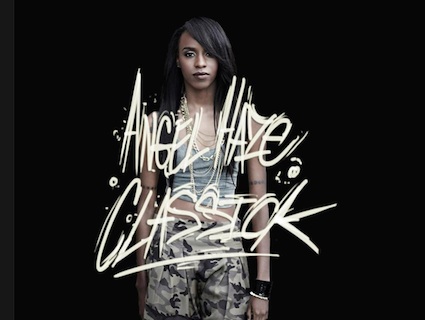 We survived the apocalypse, the fiscal cliff, and a new Ke$ha album. If the last bit of 2012 was gloom and doom, 2013, at least, may offer a musical respite. Here are five albums we can look forward to in the new year.

Yo La Tengo, Fade (January 15) In a world of one-hit wonders, quietly depressing reunion tours, and bands that put out a few great albums and then fall off the face of the planet, Yo La Tengo are the freak survivalists. Fade marks the trio’s 14th studio album—since 1986, they’ve showered a unique, consistent goodness on an adoring cult of fans. In November, YLT prereleased the Fade single “Before We Run,” a swelling, meditative lullaby sung in Georgia Hubley’s honest alto. More recently, the band put out “Ohm,” a gentle krautrocker with a chorus bound to glue itself to the inside of your skull. To celebrate the upcoming full-length, YLT has announced a series of West Coast in-record-store shows. (Check out the schedule here.)

Unknown Mortal Orchestra, II (February 5): Frontman Ruban Nielson has described this sophomore album as “lonely.” That’d be a major change of pace from the band’s debut, which clattered onto the scene in 2011 as a funky, exuberant patchwork of psych-pop songs—the stuff of surrealistic lyrics and deliciously weird, tart guitar lines recalling the earliest Pink Floyd. It’s been nearly two years since Nielson, former guitarist of New Zealand’s experimental noise outfit The Mint Chicks, let those first few tracks loose via Bandcamp, and I’m not the only one who’s been keeping a keen weather eye out for UMO’s next delivery. If “Swim and Sleep (Like a Shark),” a single from II, is anything by which to judge the release, Nielson’s second effort is shaping up to be just as inspired as the first. Loneliness, in this case, is welcome.

Angel Haze, Dirty Gold (date TBA): Putting aside the petty Twitter wars with Azealia Banks, 2013 is shaping up to be another stellar year for the young breakout rapper Angel Haze, who released three digital mixtapes in 2012. In October, Haze made headlines for her track “Cleanin’ Out My Closet” on her Classick mixtape, which unsparingly detailed her history of childhood sexual abuse. Here’s to hoping Dirty Gold, her major label debut due out this spring, builds on the reputation Haze has staked out as a performer who’s smart, hungry, and seriously skilled.

My Bloody Valentine Dirty Gold (date TBA): Although My Bloody Valentine’s followup to the 1991 classic Loveless is making every anticipated album listicle across the nation, no one’s really quite sure when it’s set to drop. In late December, the band announced on Facebook page that it had finished mastering the record, so it has to be somewhat soon, right? Guess all we can do in the meantime is constantly refresh the band’s website and listen to “Only Shallow” on repeat.

The Breeders, Last Splash Anniversary Reissue and Tour (April reissue, June shows): Forget that bit above about “quietly depressing” reunion tours, and apologies to the Yeah Yeah Yeahs, Nick Cave and the creator of any other exciting, upcoming 2013 album I might have included in this last spot. I know this isn’t a new record—it’s 20 years old, in fact—but the fact that Kim and Kelley Deal are putting together an anniversary tour for The Breeders’ Last Splash puts my immediate consideration of all those new albums on hold. Last week, a rehearsal video shot in Kim Deal’s basement of the album’s opening track, “New Year,” surfaced. New music? Yes, yes, in good time. For now, commence Last Splash relistening immediately.