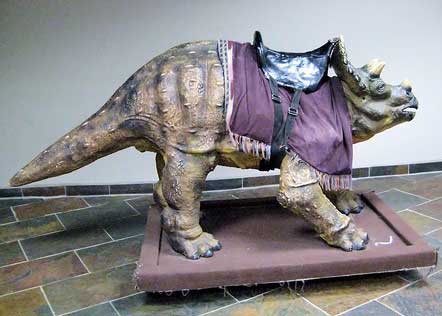 In Texas public schools, children learn that the Bible provides scientific proof that Earth is 6,000 years old, that the origins of racial diversity trace back to a curse placed on Noah’s son, and that astronauts have discovered “a day missing in space” that corroborates biblical stories of the sun standing still.

These are some of the findings detailed in Reading, Writing & Religion II, a new report by the Texas Freedom Network that investigates how public schools in the Lone Star State promote religious fundamentalism under the guise of offering academic courses about the Bible. The report, written by Mark Chancey, a professor of religious studies at Southern Methodist University, found that more than half of the state’s public-school Bible courses taught students to read the book from a specifically Christian theological perspective—a clear violation of rules governing the separation of church and state.

Many school districts pushed specific strains of fundamentalism in the classes:

Some Bible classes in Texas public school appear to double as “science” classes, circumventing limits placed on teaching creationism. Eastland ISD, a school district outside Fort Worth, shows videos produced by the Creation Evidence Museum, which claims to possess a fossil of a dinosaur footprint atop “a pristine human footprint.”

Perhaps the wackiest Bible lesson was the one presented to students at Amarillo ISD titled: “Racial Origins Traced from Noah.” A chart presented in the classroom claims that it’s possible to identify which of Noah’s three sons begat various racial and ethnic groups. Chancey explains:

According to the chart, “Western Europeans” and “Caucasians” descend from Japeth, “African races” and Canaanites from Ham, and “Jews, Semitic people, and Oriental races” from Shem. A test question shows that the chart was taken seriously: “Shem is the father of a) most Germanic races b) the Jewish people c) all African people.”

In Texas, public schools have the legal right to offer these kinds of classes—up to a point. In 2007 the state legislature passed a law allowing school districts to offer “elective courses on the Bible’s Hebrew Scriptures and New Testament.” The Supreme Court long ago ruled that such classes pass constitutional muster, as long as they don’t advocate for a specific religious view. As Chancey points out, the state of Texas obviously needs to do a much better job of educating its teachers about what that means.