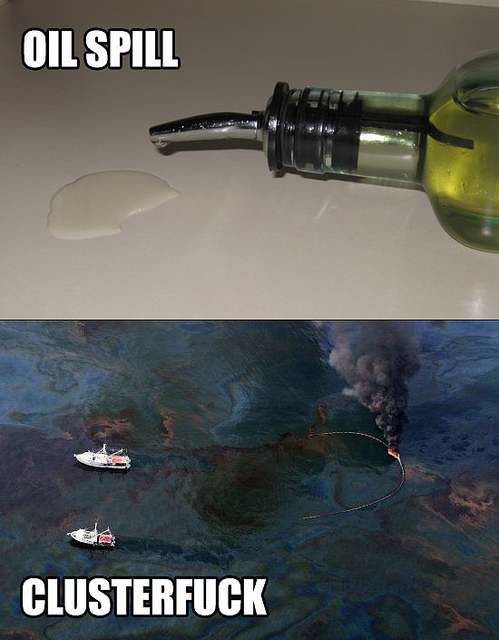 Great Britain, the home country of BP, has banned the stuff. So has Sweden. But BP says as long as the US allows it, they’ll use Corexit dispersant on their next oil spill. “If this vision becomes reality, long-term destruction to our health and environment will expand exponentially.” This according to a damning new report, Deadly Dispersants in the Gulf: Are Public Health and Environmental Tragedies the New Norm for Oil Spill Cleanups?, by the nonprofit Government Accountability Project (GAP).

The GAP report was issued today in advance of tomorrow’s three-year anniversary of BP’s monster debacle in Gulf of Mexico, the worst environmental disaster in US history, that killed eleven people and injured sixteen others. BP managed to hide most of the 4.9 million barrels of oil erupting from its maimed well from human eyes by flooding it with 1.84 million gallons of Corexit dispersant, both at the wellhead on the deep sea floor (a first) and at the surface.

That had devastating affects on human health, says the GAP, based on data they collected from extensive Freedom of Information Act requests and from evidence collected over 20 months from more than two dozen employee and citizen whistleblowers who experienced the cleanup’s effects firsthand. 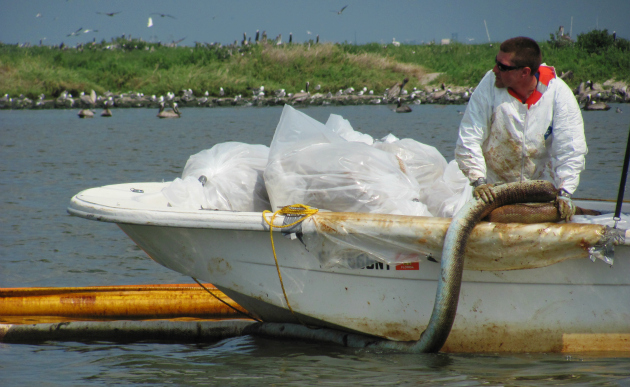 Failure to protect clean-up workers began with BP and the government misrepresenting known risks by asserting that Corexit was low in toxicity—this contrary to warnings in BP’s own internal manual—says the GAP. They cite other problems:

As for compensation: “BP’s Gulf Coast Claims Fund denied all health claims during its 18 months of existence.“ 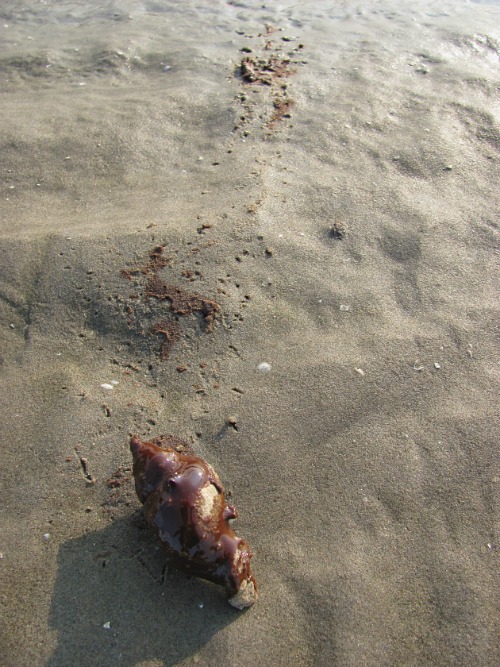 Among the ecological damage in the report the GAP notes: “The FDA grossly misrepresented the results of its analysis of Gulf seafood safety. Of GAP’s witnesses, a majority expressed concern over the quality of government seafood testing, and reported seeing new seafood deformities firsthand. A majority of fishermen reported that their catch has decreased significantly since the spill.”

The GAP report demands that both BP and the government take corrective action to mitigate ongoing suffering and to prevent the future use of this toxic substance, including: a federal ban on Corexit; Congressional hearings on the link between the current public health crisis in the Gulf and Corexit exposure; immediate reform of EPA dispersant policy, specifically to determine whether such products are safe for humans and the environment prior to granting approval; establishment of effective medical treatment programs run by medical experts specializing in chemical exposure for Gulf residents and workers; funding by the federal government of third-party independent assessments of both the spill’s health impact on Gulf residents and workers, and such treatment programs when established.