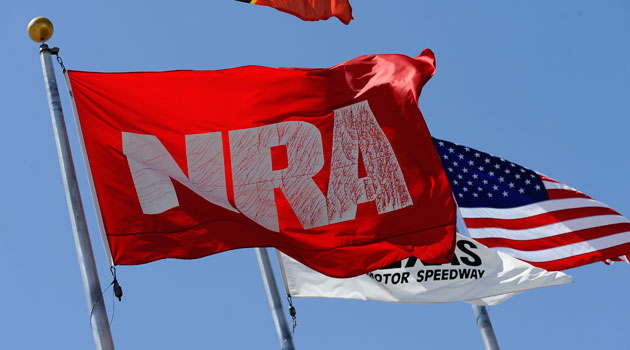 On NBC’s Meet the Press last month, National Rifle Association honcho Wayne LaPierre, the face of the American gun lobby, delivered this message to New York City Mayor Mike Bloomberg: “He’s going to find out that this is a country of the people, by the people, and for the people, and he can’t spend enough of his $27 billion to try to impose his will on the American public. He can’t buy America.” The day before, Bloomberg had announced that he would spend $12 million of his own money on an ad blitz pressing members of Congress to pass new legislation expanding background checks for gun purchases. LaPierre went on national television to tell the mayor that all those millions wouldn’t make the difference in the fight in Congress over new gun laws.

Guess what? LaPierre was right.

The Manchin-Toomey background check legislation that died in the Senate on Wednesday had everything going for it. Bipartisan sponsorship by two centrist senators. The support of 90 percent of Americans. President Obama’s full-throated backing. The momentum for reform created by tragedy and sympathetic advocates with gripping stories—ex-Rep. Gabby Giffords, the Newtown families. All the pieces were there.

Yet it failed. The bill won a 54-vote majority but fell short of the Senate’s 60-vote threshold to pass new laws, a high hurdle that progressives decry as undemocratic. But the main reason it failed—and this is the key point for gun control advocates—is because the NRA has unrivaled political power, the kind of influence and muscle that Bloomberg, the Brady Campaign, Mayors Against Illegal Guns, Organizing for Action, Gabby Giffords and Mark Kelly, and the rest of the gun-control lobby can only dream of.

Money alone does not equal political power. Supporters of the background check bill and new gun control laws have lots of money. Bloomberg alone has spent tens of millions of dollars through Mayors Against Illegal Guns and his self-funded super-PAC, Independence USA, to counter the influence of the gun lobby. He ousted NRA-backed congressional candidates in the 2012 elections and again this year in Illinois, where he spent more than $2 million to defeat Debbie Halvorson, a Democrat who’d previously received an A rating from the NRA, in the special primary to replace disgraced ex-Rep. Jesse Jackson Jr. Bloomberg declared that his money was a warning sign for pro-gun lawmakers: Shill for the NRA and I’ll drop big money to bounce you out of office. That threat wasn’t enough to persuade a handful of Democratic senators from red states and Republican senators who were once thought of as possible votes for gun safety measures.

Obama’s political machine could not overcome the NRA’s might. A database of tens of millions of voters and the best political technology on the planet do not equal political power. The background check fight was the first real test for Organizing for Action, the advocacy group spawned from of the president’s massively successful reelection campaign. Former Obama aides created OFA to mobilize Obama supporters during legislative fights like this one, hoping to use all the names, data, and other finely honed technologies during the 2012 campaign to create the outside pressure needed to push contentious pieces of legislation across the finish line.

OFA executive director Jon Carson wrote that more than 22,000 people called the Senate on Wednesday demanding passage of Manchin-Toomey. But there were no reports of crippled phone lines or a massive surge of public interest similar to what was seen during the legislative debates over health care reform or financial reform. OFA devoted time and money organizing its members, but it wasn’t enough.

Nor does public opinion equal political power. As political scientist Jonathan Bernstein recently pointed out, one of the big mistakes of the latest gun control debate was equating public support for reform with public demand for reform:

Those people who have been pushing for marriage equality? They were calling for change. And marching for it, demanding it, donating money to get it, running for office to achieve it, and supporting candidates who would vote for it, filing lawsuits to make it legal. In many cases, they based their entire political identity around it.

Action works. “Public opinion” is barely real; most of the time, on most issues, change the wording of the question and you’ll get entirely different answers. At best, “public opinion” as such is passive. And in politics, passive doesn’t get results.

Here is what political power looks like: It’s the combination of money, intensity, and influence when it matters most. The NRA boasts all of the above. LaPierre and his NRA colleagues around the country know how to whip their members—4.5 million of them by the NRA’s count—into a frenzy. A recent Washington Post-ABC News poll found that 1 in 5 gun owners had called, written, or emailed a public official; only 1 in 10 people without a gun in the household had done the same. In the same poll, 1 in 5 gun owners said they’d given money to a group involved in the gun control debate; just 4 percent of people without a gun in the home previously gave money.

One in five gun owners called, wrote, or emailed a member of Congress; only 1 in 10 people without a gun in the household did the same.

The NRA’s budget is massive: $200 million, one of the biggest among major lobbying groups. And for decades it has deployed its money and manpower to defeat its enemies in Congress and replace them with allies. Today, all 10 members of the Republican House and Senate leadership are A-rated by the NRA. With the 2014 midterms on the horizon, the NRA undoubtedly tapped into lawmakers’ fears of receiving the gun lobby’s wrath.

In another sign of the NRA’s clout, 57 senators voted in favor of an largely symbolic amendment expanding concealed-carry rights nationwide than voted for Manchin-Toomey. That was a huge victory for the NRA and the gun rights lobby.

Kelly, the husband of Gabby Giffords and one of the most vocal supporters of new gun control laws, saw the NRA’s influence firsthand. Kelly says he met with numerous senators and explained to them, in painstaking detail, how the Manchin-Toomey bill would prevent future gun violence while not curbing gun rights. “We would meet with a US senator who says they agree with the policy, they know it will save lives, but they can’t vote for it,” he says. “They couldn’t give us a reason why they wouldn’t vote for it.”

But Kelly had little doubt why these senators wouldn’t vote for the bill. “The gun lobby is a considerable force to contend with,” he says. “It’s not influence that is backed by the American people. It is backed by a lot of money and a small, very vocal, and, in my opinion, an organization that has some extreme ideas about gun safety and about violence in this country.”

This is not to say the gun control lobby will never amass the kind of political power needed to best the NRA. Bloomberg, after all, has only thrown his money into this fight for a few years; OFA didn’t exist until January. Kelly says that Americans for Responsible Solutions, his and Giffords’ pro-gun-control nonprofit/super-PAC combo that launched in January, will soon reach 1 million supporters, and that the group plans to run ads targeting Democratic and Republican senators for their “no” votes on Manchin-Toomey. Obama and OFA vowed that Wednesday’s vote was merely round one in a prolonged battle.

For now, though, the power lies with the NRA. And it will be some time before the other side catches up.