While there’s plenty of blame to go around, and while not all of the facilities described in this series have all of the problems we explore, some stand out as particularly bad actors. These dishonorable mentions make up the final installment of our 11-part series, a subjective ranking based on three years of research, correspondence with prisoners, and interviews with reform advocates concerning the penal facilities with the grimmest claims to infamy. 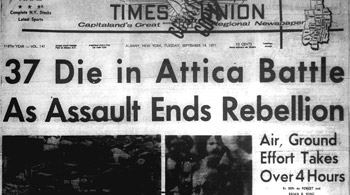 The uprising made headlines in 1971. NYSL archives

Attica Correctional Facility (Attica, New York): More than four decades after its famous uprising, New York’s worst state prison still lives up to its brutal history. According to the Correctional Association of New York, which has a legislative mandate to track prison conditions, Attica is plagued by staff-on-prisoner violence, intimidation, and sexual abuse.

Communications Management Units (Marion, Illinois, and Terre Haute, Indiana): These two federal prisons-within-prisons, whose populations are more than two-thirds Muslim, were opened secretly by the Bureau of Prisons during the Bush administration, according to the Center for Constitutional Rights, which is challenging the facilities in a federal lawsuit. “The Bureau claims that CMUs are designed to hold dangerous terrorists and other high-risk inmates, requiring heightened monitoring of their external and internal communications,” notes a lawsuit fact sheet. “Many prisoners, however, are sent to these isolation units for their constitutionally protected religious beliefs, unpopular political views, or in retaliation for challenging poor treatment or other rights violations in the federal prison system.” (Also see: Pelican Bay.)

Ely State Prison (Ely, Nevada): A “shocking and callous disregard for human life” is how an auditor described medical care at Ely, which houses the state’s death row along with other maximum security prisoners (PDF). The audit, which found that one prisoner was allowed to rot to death from gangrene, formed the basis of a 2008 class-action lawsuit brought by the ACLU’s National Prison Project. The suit was settled in 2010, but by 2012 the prison still was not in full compliance. 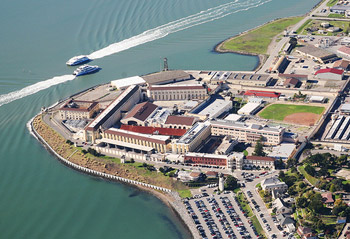 Idaho Correctional Center (Kuna, Idaho): Run by Corrections Corporation of America, the world’s largest private prison company, ICC has been dubbed a “gladiator school” for its epidemic of gang violence. According to a lawsuit filed in 2010 by the ACLU of Idaho (PDF), the violence is not only condoned but actively promoted by the staff. The suit was settled, but last November, the ACLU said CCA appeared to be violating the agreement, which called for increased staffing and training, reporting of assaults to the local sheriff’s office, and disciplinary measures for staffers who didn’t take steps to stop or prevent assaults.

San Quentin State Prison (Marin County, California): This decrepit prison, which sits on a $2 billion piece of bayside real estate, is home to America’s largest death row. As of late-April, there were 711 men and 20 women condemned to die at San Quentin—you can find the latest stats here (PDF); the figure is constantly changing, despite a state moratorium on executions, because prisoners frequently die of illness or old age. Some even commit suicide rather than remain in solitary limbo.

Louisiana State Penitentiary (Angola, Louisiana): At America’s largest prison, those who embrace warden Burl Cain’s pet program of “moral rehabilitation” through Christianity are afforded privileges while sinners languish in institutional hell. A former slave plantation, the prison lends its name to the so-called Angola 3, two of whom have been held in solitary for 40 years, largely for their perceived political beliefs. (In March, Louisiana’s attorney general declared, bafflingly, that the men had “never been in solitary confinement.”) 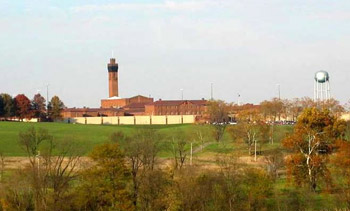 United States Penitentiary (Lewisburg, Pennsylvania): In this overcrowded supermax, the target of multiple lawsuits, prisoners are locked down for 23 to 24 hours a day in the company of a cellmate. One lawsuit alleges that prison officials deliberately pair people with their enemies, and that this practice has led to at least two deaths. The suit also claims that prisoners have been strapped to their bunks with four-point restraints if they resist their cell assignments.