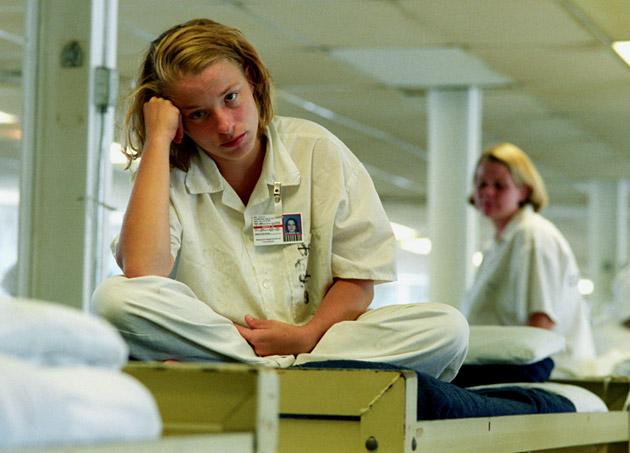 While there’s plenty of blame to go around, and while not all of the facilities described in this series have all of the problems we explore, some stand out as particularly bad actors. We’ve compiled this subjective list of America’s 10 worst lockups (plus a handful of dishonorable mentions) based on three years of research, correspondence with prisoners, and interviews with criminal-justice reform advocates concerning the penal facilities with the grimmest claims to infamy. We will be rolling the remaining contenders in the coming days, complete with photos and video. Our seventh contender is an Alabama women’s facility where guards impregnate inmates and federal consultants report an environment that’s “repressive and intimidating.”

The basics: This maximum-security lockup near Montgomery includes women’s death row. For decades, it also included a special segregation unit for the quarantine of female prisoners with HIV. Under a policy that echoed both the pre-civil-rights-era South and the AIDS panic of the 1980s, women prisoners who tested positive in Alabama were quarantined from the general prison population and barred from most work, education, rehab, and mental health treatment programs. In a letter to the warden, one woman wrote that prisoners were treated “like we are contagious animals…It’s like punishment 3 times over. Prison, the virus, then the denial of an education, or trade. We are secluded from everyday life.” 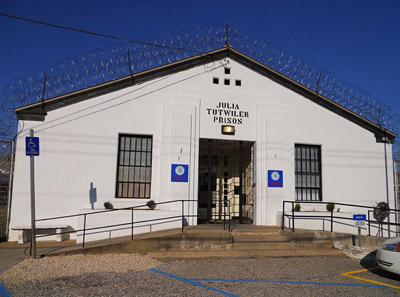 Women in all sections of Tutwiler face the prospect of sexual abuse, including rape by prison staff, according to a complaint filed with the US Justice Department by the nonprofit Equal Justice Initiative (PDF). From 2009 through 2011, six Tutwiler employees were indicted on charges of custodial sexual misconduct or custodial sexual abuse. (All pled guilty, but only two served time.)

Several Tutwiler prisoners have become pregnant after being raped by guards. And women who complained about staff abuse were often placed in solitary. The women of Tutwiler, EJI executive director Bryan Stevenson told Birmingham TV station WBRC, live with “this fear that you’re always at risk, that it’s not safe to take a shower, that it’s not safe to go to sleep when certain officers are in the dorm, that you can be extorted, that you can be manipulated into sexual favors, it’s really horrific.”

The backlash: In December, federal judge Myron Thompson sided with prisoners in a lawsuit brought by the ACLU’s National Prison Project and ordered the facility to end its quarantine policy. Thompson, who had previously toured the prison, recalled at trial what it was like to walk into a room at Tutwiler’s HIV unit: “The depression in that room was almost palpable,” he said. “You could almost touch it, it was so overwhelming.” He concluded that the state’s policy was “an unnecessary tool for preventing the transmission of HIV” but “an effective one for humiliating and isolating prisoners living with the disease.”

Prisoners who are  propositioned for sex with staffers “feel that they cannot bring their complaints to the administration, as they will be locked down.”

Interviews conducted at the prison for a November 2012 Justice Department report (PDF) supported the pattern of sexual abuse alleged by EJI. Some of the prisoners said they “do not feel physically or sexually safe in this facility,” the report noted. Among other things, the women said they were “forced to shower shoulder to shoulder in full view of an elevated officer’s station” where male staffers sat and watched. “The women and staff report that Tutwiler is a repressive and intimidating environment,” the report states. “Inmates reported being in fear of retaliation by staff if they reject staff’s sexual advances. Additionally, they report that they feel that they cannot bring their complaints to the administration, as they will be locked down if they annoy or anger some administrators.”

“To the extent that that exists in reality, that is not acceptable, and we’re going to do everything in our power to eliminate” it, responded Kim Thomas, head of the Alabama Department of Corrections.

Watch: An HIV-positive Tutwiler prisoner talks about her situation.

Next prison: Blood in your bowel movement? Here’s some Tylenol, buddy.