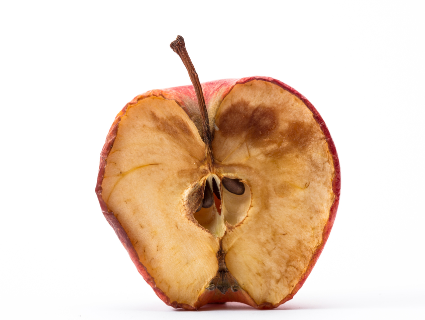 The revelation that Apple used a web of baroque tax strategies to legally pay little to no taxes on tens of billions of dollars it earned overseas has re-ignited the debate over reforming the US tax code. But the non-partisan Center on Budget and Policy Priorities (CBPP) warned this week against proposals pushed by Apple and other large multinational corporations that would reduce taxes on offshore profits in order to encourage companies to bring that money back home.

Offshore profits are currently taxed at the same rate as onshore profits: 35 percent. Big US corporations have lobbied aggressively for the United States to shift to what is called a territorial tax system, in which foreign profits would be subject to low or no US taxes. The idea was a cornerstone of former Republican presidential candidate Mitt Romney’s economic platform last year. Now, Apple CEO Tim Cook is calling for a single-digit tax rate on overseas profits, as well as a reduction of the overall US corporate tax rate to the mid-20s.

Chuck Marr, the director of federal tax policy at the CBPP, explains that such a system would only make overseas profit-making more attractive—and that would weaken the US economy:

Multinational companies like Apple currently have a strong incentive to defer US corporate taxes by shifting and keeping profits overseas… [A] territorial system would create greater incentives for those companies to invest and book profits overseas rather than at home—and that, in turn, risks reducing wages at home by encouraging investment to flow overseas, increasing budget deficits by draining revenues from the corporate income tax, or raising taxes on smaller companies and domestic businesses to offset the revenue loss.

Democrats and trade unions agree, arguing that the United States should move in the other direction and tax foreign profits in the years they are made. They contend this would stem the corporate practice of deferring tax payments until the cash is brought back to the United States.

“We are dismantling vital government services because we don’t have revenue to support them,” Damon Silvers, the policy director of the AFL-CIO told the Financial Times earlier this week. “And we have one of the most profitable corporations in the world [Apple] stashing $100 billion in [low-tax] jurisdictions.”

Other high-tech companies are increasingly shifting profit-making overseas. The revelations about Apple’s shenanigans—which apparently are legal—have drawn attention to similar behavior by many high-tech firms, including Google, HP, and Microsoft. “These [tax] incentives are creating unfair advantages for multinationals and draining much-needed tax revenue,” says Marr. “The president and Congress should resist the lobbying campaign and instead focus on reducing the incentive to shift profits and operations overseas.”