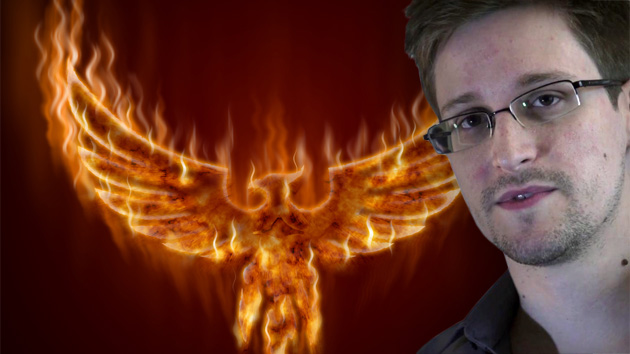 Today, the Guardian hosted a live chat with former NSA contractor Edward Snowden, who disclosed classified information about top-secret NSA surveillance programs. Readers and journalists asked the 29-year-old, who was reportedly chatting over a secure internet connection, about his departure to Hong Kong, his new disclosures on the US hacking foreign countries, and his thoughts on the Obama administration. Here are the seven most significant revelations:

1. Snowden denies having any contact with the Chinese government…in colorful language.

Because Snowden is allegedly taking refuge in Hong Kong and recently disclosed information about US cyberattacks on China, he was asked whether he’s prepared to make a deal with the Chinese government in exchange for amnesty. Snowden insists that he has not had any contact with the Chinese government. He adds, “I did not reveal any US operations against legitimate military targets. I pointed out where the NSA has hacked civilian infrastructure such as universities, hospitals, and private businesses because it is dangerous.” He also says that “the US media has a knee-jerk ‘RED CHINA!’ reaction…If I were a Chinese spy, why wouldn’t I have flown directly into Beijing? I could be living in a palace petting a phoenix by now.” Snowden did not address the close relationship between the Chinese government and its military, business, and civilian institutions.

2. Snowden suggests that the NSA reviews the email and phone calls of Americans on a daily basis, without a warrant. But then he says there are some protections against this, even if the security measures are weak.

Addressing a question on whether the NSA can listen to domestic phone calls without a warrant, Snowden says, “Americans’ communications are collected and viewed on a daily basis on the certification of an analyst rather than a warrant. They excuse this as ‘incidental’ collection, but at the end of the day, someone at NSA still has the content of your communications.” Snowden adds that the only thing protecting Americans’ email is changing policy protections—which he says he doesn’t trust—and a filter that “is constantly out of date, is set at what is euphemistically referred to as the ‘widest allowable aperture,’ and can be stripped out at any time. Even with the filter, US comms get ingested, and even more so as soon as they leave the border.”

3. When the NSA taps into email, it collects content (not just metadata).

“If I target for example an email address…and that email address sent something to you, Joe America, the analyst gets it. All of it. IPs, raw data, content, headers, attachments, everything. And it gets saved for a very long time—and can be extended further with waivers rather than warrants.”

4. He doesn’t say whether the NSA listens in to calls without an order from the Foreign Intelligence Surveillance Court (FISC).

Asked what advice he would give whistleblowers and “what evidence do you have that refutes the assertion that the NSA is unable to listen to the content of telephone calls without an explicit and defined court order from FISC?” Snowden simply said, “this country is worth dying for.”

“Even in the event of ‘warranted’ intercept, it’s important to understand the intelligence community doesn’t always deal with what you would consider a ‘real’ warrant like a Police department would have to, the ‘warrant’ is more of a templated form they fill out and send to a reliable judge with a rubber stamp.”

6. He explains why he decided not to go to Iceland.

“I had to travel with no advance booking to a country with the cultural and legal framework to allow me to work without being immediately detained. Hong Kong provided that. Iceland could be pushed harder, quicker, before the public could have a chance to make their feelings known, and I would not put that past the current US administration.”

Tech companies deny that the NSA has “direct access” to their servers, but Snowden claims that “more detail on how direct NSA’s accesses are is coming.”