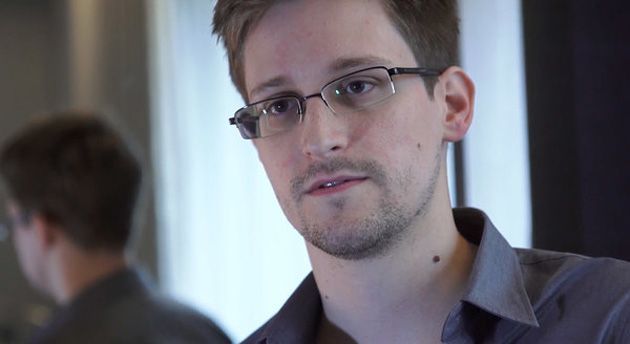 After Edward Snowden went public as the man who leaked the NSA’s secret surveillance system to the country via a 12-minute video interview with the Guardian, questions immediately sprang up around his motivation for whistleblowing, his personal life, and whether his background is what he claims it to be.

Why is suspicion and distrust the natural reaction? Because a lot rests on whether Snowden is telling the truth, yes, but also because most of us (perhaps nearly everyone but whistleblowers themselves) have trouble understanding exactly what motivates a whistleblower. As University of Maryland political psychology professor C. Frederick Alford notes, humans are tribal beings, and even though society considers whistleblowers brave in theory, in practice there tends to be a sense of discomfort with those who break from the tribe.

Alford has spent more than a decade asking why some people reveal government secrets in the name of public good while most don’t, asking what makes Edward Snowden Edward Snowden, and not one of the many other Booz Allen analysts who presumably saw the same information that Snowden did but kept quiet about it. Alford’s 2001 book, Whistleblowers: Broken Lives and Organizational Power, examines the psychology of whistleblowing based on the extensive time he spent with people who’ve done it—some to much fanfare, others to very little. He says he’s received a phone call or an email from a whistleblower about every month since the book came out 12 years ago, and in many cases has kept up for years with those who reach out. He spoke with Mother Jones about the Edward Snowden-Daniel Ellsberg parallel, why whistleblowers tend to have big egos, and what Snowden might face in the coming weeks and months.

Mother Jones: Based on what we know about Edward Snowden so far, does he remind you of other whistleblowers you’ve spent time with or studied over the years?

Ellsberg, who worked at the RAND Corporation at the time and had this contract to analyze the Vietnam War, but realized at a point long before the war had ended that [the government] knew they were never going to win it, and realized that this information should be part of the public debate, and decided in a very self-conscious way to make this information part of the public debate. Snowden reminded me so much of Ellsberg. Not in his personality, but in the reflective way he decided to be.

If we take the Guardian at its word, and we take Snowden at his word, he released information that would not endanger active agents or reveal the location of CIA stations. So I think Ellsberg is an obvious comparison. And I think the significance of all this is going to end up being comparable to the significance of the Pentagon papers.

MJ: Are there personality traits that make someone prone to becoming a whistleblower?

The best way I can describe it: A whistleblower I spoke with whose name will never make the newspaper, he said something like, “I wasn’t against the system, I was the system! I just didn’t realize that there were two systems.”

“He said, ‘I wasn’t against the system, I was the system! I just didn’t realize that there were two systems.'”

Most of us grow up to realize that what people say and what people do are two things. We learn a certain cynicism about life, like that everything a politician promises isn’t necessarily going to be what he does. I think whistleblowers somehow come late to this realization. They’re naive in a certain sense, and then when they come to realize that people are lying, cheating, stealing, whatever, they’re shocked. It’s kind of like, what’s that line from Casablanca? They’re “shocked that gambling’s going on in this place”!

MJ: So Edward Snowden seems authentic to you?

FA: I mean, how can you know for sure? But as I listen to him, as I look at the Guardian‘s account, and I look at the background—they paid a lot of time and attention checking out this guy.

What makes him an unusual whistleblower is that he’s not just putting his job and his personal happiness on the line, he’s putting the rest of his life in jail on the line. I don’t think that’s likely, but it’s certainly possible. Ellsberg was prosecuted, and had Nixon’s gang not bungled the burglary at Lewis Fielding’s office, Ellsberg could have gone to jail for 20 years.

MJ: Do you think most whistleblowers understand what the long-term consequences of their actions will be? Do you think Edward Snowden did?

FA: Most don’t. Most have no idea. Let me put it this way: What you reveal when you talk about immorality or another ethical behavior as organizational policy is that you’re somebody who remembers the outside even when you’re on the inside. You’ve given yourself away, and many whistleblowers think they’ll be rewarded or they’ll be thanked. And if they think, “Well, I’ll get fired,” they certainly don’t understand how their friends at work—many of whom they’ve spent more time with than their families—will be so scared they won’t even look at them. Many of them have no understanding of their years in exile, and the stress it takes on their families.

I think Snowden is different. I think he understands very well.

MJ: I wonder if those sacrifices are as painful for someone with a whistleblower’s personality, or if he’s more comfortable being alone in the first place.

FA: It hurts. They’re all wounded. They really are. Even people who are used to it, it’s just like anyone else. Maybe people like this are a little more used to being alone.

MJ: Whistleblowers have a reputation for being egotistical. Why is that?

FA: I think it’s more a survival strategy than anything else. I don’t think whistleblowers have more ego invested in what they do, or maybe they need it.

They tend to be a little more obsessive than other people. They’re not necessarily the person I’d like to have a drink with. You start to go talk to whistleblowers in their homes—now people’s old records are more electronic, but even just a few years ago—and their basements or their attics would be filled with troves of file after file after file.

MJ: Do you think it would be possible for an agency or organization to screen out whistleblower-types? There’s certainly an incentive to try.

FA: I don’t think so. Because if you think about it, they’re awfully close to the all-American boy or girl. They’re not the zealot, the deviant, the crusader—they may become some of these things later on but they don’t enter the organization this way.

MJ: Often whistleblowers are cast as having ulterior motives for doing what they did, like Bradley Manning being driven by gender confusion. What do you think when you see that happening?

FA: The whistleblowers have a name for it: “nuts and sluts.” That the response of the organization will be to pathologize the whistleblower: Take the focus off the issue and put the focus on the whistleblower. I think with Bradley Manning, one has to ask the question I’ve already asked: Whether a large data dump is really the way to go about whistleblowing and what other alternatives where there to him.

MJ: What does Edward Snowden have in store for him in the coming days and months?

FA: People are already talking about his age. I read a column by David Brooks that wasn’t entirely damning, but it was already about his social alienation. That this is the consequence of social alienation, where half of him may have some good qualities, but he’s socially alienated and doesn’t understand his obligation to his fellow citizens as a consequence.

To be a whistleblower, to be a moral human being in this society, probably requires some level of—well, he can call it alienation, I call it not having completely bought into the system. It sounds like Edward Snowden had a pretty good life in Hawaii, he had a girlfriend. He’s not like some hermit that crawled out of the woods after 27 years.

It’s going to be hard to make [the socially alienated idea] stick if Snowden can keep his presence out there a little bit. Because he doesn’t seem like a crazed, alienated zealot.

MJ: When he talked about the government in the Guardian video, he seemed suspicious of it, and like he has a very hardline view on privacy issues.

FA: He does. But these are policies that are able to be discussed publicly without compromising the security of the nation. I see the ACLU is already suing to stop some of these data-gathering practices and that’s the way they ought to be, and if people don’t know about them then they can’t stop them. That’s the point: They ought to be subject to debate.

What he is absolutely right about, and he said it right out front: Whistleblowing has to be connected to a name and a face to really make a difference, and doing this anonymously is far less effective.

MJ: Why do these stories need a face attached to them?

FA: I don’t know. Why do we like to go to the movies? This is a personal story, and we like to tell narratives, and he makes it interesting. Because how many people are going to sit down and read these documents and make sense of them? If attaching his name to it somehow keeps the story alive, it’s too bad, but that’s the way it is.