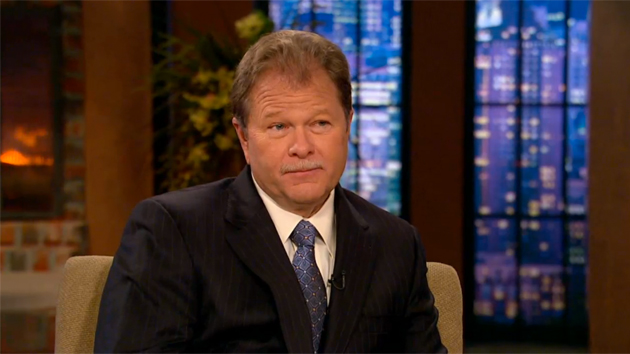 The conservatives who organize the annual Conservative Political Action Convention are big on touting free-market solutions and sticking to their ideals of smaller government and lower taxes. They believe that if the government would just get out of the way, enterprising entrepreneurs and other businessmen would create wealth that would in turn trickle down to even the poorest of the poor. But when it comes to finding business leaders who embody that spirit, the conference organizers seem to have come up a little short this year.

Donald Trump, of course, is in the house. The Koch brothers have been there in spirit, with Koch Industries underwriting the conference’s “Radio Row.” But for a panel this afternoon called “And Entrepreneurship Shall Set You Free: How to Celebrate Free Market Capitalism in the Popular Culture,” CPAC organizers managed to scare up a think-tank fellow, a couple of unknown state legislators, and Gary Heavin, the former CEO of Curves, the fitness clubs for women.

Heavin is not exactly a great example of the virtues of free-market capitalism. He first started running a chain of gyms in his early 20s that ultimately failed. He filed bankruptcy and ended up so broke that he ended up going to jail for failing to pay child support. While incarcerated, he reportedly became a born-again Christian, and went on to later found Curves. The company got off to a pretty good start by catering to overweight women in small towns with strip-mall gym outlets. The chain took off and expanded so rapidly that by 2005, it had about 8,000 outlets worldwide.

But within just a few years, the chain tanked. It was plagued with bad publicity when news broke that Heavin had been donating large sums of money to an anti-abortion group, a move that troubled members of gyms that had been touted as a sort of girrl-power outfit. Some of the franchises cut their ties to the company because of the donations. By 2011, half of its franchises had closed. (Heavin, meanwhile, did a stint on ABC’s “Secret Millionaire” that year.)

In stark contradiction with the self-reliant, anti-government principles CPACers tout, much of the Curves’ early success was built using federally-guaranteed loans from the US Small Business Administration, which were given to franchise buyers. By 2010, Curves franchisees were bailing on those federal loans in droves, with 16 percent of the loans going into default, the fourth-highest rate of any franchise in the country.

Franchisees complained that the company had abandoned them and was bilking them in ways that hurt their outlets, such as forging partnerships with General Mills to sell lucrative Curves snack bars that franchisees had to purchase at inflated rates. Heavin became a billionaire, but his company faced lawsuits from hundreds of franchisees who alleged that the company deceived them about the potential profits from a Curves franchise and who were ruined financially after buying into the concept. (When a Curves franchise failed, the parent company often sued the owner to recoup lost royalties.) Franchisees alleged that the company had engaged in deceptive business practices, fraud, and that it had violated a host of state consumer protection laws in marketing its outlets. The cases eventually settled quietly for undisclosed sums, and Heavin was personally dismissed as a defendant from one of the larger ones, but the complaints and bad will didn’t help the company’s prospects.

Heavin was sued for $20 million by former business associates who claimed that they had sacrificed deeply to help him launch Curves—mortgaging their houses, going into debt, even sleeping in their cars—only to have Heavin stiff them on profits they were owed once the company took off. Heavin called the suit frivolous and it eventually settled for an undisclosed amount, but it didn’t paint a pretty picture of his business practices. In 2012, with the company floundering, Heavin sold it for an undisclosed sum and moved on to, well, doing panels at CPAC apparently.

For a movement so devoted to promoting the free market, you’d think CPAC organizers could do better.