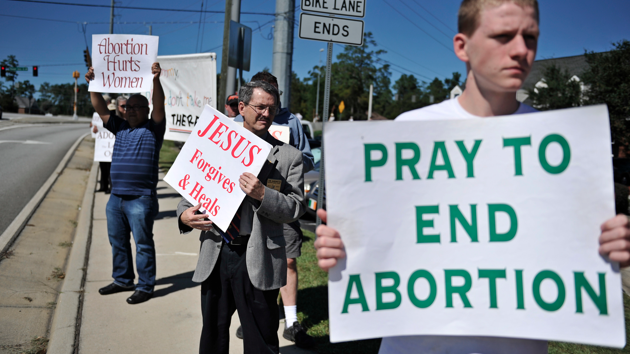 For years, as lawmakers in other conservative states passed onerous restrictions designed to limit abortion access, deep-red Tennessee stood out as an exception—because the state’s constitution forbade many of the harshest anti-abortion measures.

But that changed on Election Day. Last week, 53 percent of Tennessee voters approved Amendment 1—a change to the state’s constitution that will allow lawmakers to pass a slew of new abortion restrictions. And Republicans, led by Beth Harwell, the speaker of the state house of representatives, are already working on three abortion restrictions to debate in 2015: One measure would set up a mandatory waiting period between a woman’s first visit to an abortion clinic and the time of the procedure. A second would force women to undergo mandatory counseling, known as informed consent, before an abortion. And a third would add new, unspecified inspection requirements for abortion facilities.

As I reported in September, Amendment 1 was aimed at overturning a 2000 court decision that struck down a 48-hour waiting period, an “informed consent” law, and a requirement that all second-trimester abortions be performed in a hospital. Amendment 1 reads: “Nothing in this Constitution secures or protects a right to abortion or requires the funding of an abortion,” including for pregnancies “resulting from rape or incest or when necessary to save the life of the mother.”

Supporters of Amendment 1 argued that the new language was necessary because Tennessee was barred from inspecting abortion clinics. (In fact, the Tennessee Department of Health inspected several of the state’s clinics within the past year before renewing their licenses.)

Amendment 1 detractors, on the other hand, warned that the measure was actually aimed at using strict new regulations to close some of Tennessee’s seven abortion clinics. This tactic is popular with Tennessee’s neighbors. It’s part of why nearly 1 in 4 women who receive an abortion in Tennessee live in another state, such as Alabama and Mississippi, where highly restrictive abortion laws have closed all but a handful of abortion providers.

Abortion rights advocates also worried that the amendment would allow abortion opponents to spread misinformation about abortion through an informed consent law; South Dakota, for example, compels doctors to tell women that abortion can lead to an increased risk of suicide—an assertion that mainstream medical organizations say is false. All told, both camps poured $5.5 million into the fight over Amendment 1.

It’s not as though Tennessee was abortion-friendly to begin with. Before Amendment 1 came along, Tennessee passed anti-abortion laws that limited insurance coverage for abortion, outlawed the abortion pill, and caused two abortion clinics to close because they could not gain admitting privileges with local hospitals.

The real danger of Amendment 1 is that the measure “will basically just open the floodgates for the General Assembly to pass any kind of restriction if the amendment passes,” Jeff Teague, the president of Planned Parenthood of Middle and East Tennessee, said in the run-up to the election. “We think they probably have a long list of things they’re going to pass.”

Turns out he was spot-on.