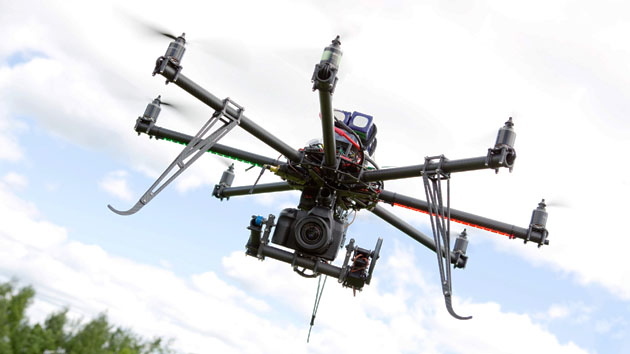 Thanks to the federal intelligence employee who got buzzed and crashed a remote-controlled quadcopter on the White House grounds earlier this week, there’s a renewed interest on drones’ potential to cause mayhem.

Last November, the Federal Aviation Administration (FAA) released a list of 193 incidents of “drone misbehavior” (as the New York Times put it) reported to air traffic control officials in 2014. The list didn’t include incidents reported to law enforcement, so it’s not necessarily comprehensive. But it does offer a glimpse of the challenges of incorporating flying robot vehicles into everyday life.

Drones and sports: There were more than a half-dozen incidents of people flying drones near crowded sporting events. Drones were spotted near games at the University of Arizona in Tucson; Neyland Stadium in Knoxville, Tennessee (twice); Camp Randall Stadium in Madison, Wisconsin; the Big House in Ann Arbor during a University of Michigan game; FedEx Field during a Washington [REDACTED] game; and Citi Field during a Mets game.

Drone strike: Of all the incidents listed in the FAA report, just one involved a drone striking a person. In October, a small drone flying low over the Daytona Beach Municipal Stadium struck “a citizen causing (a) minor abrasion.”

Close calls: One of the obvious concerns is that some yahoo (or even a skilled pilot) will fly drone into a aircraft with actual people on board. The FAA report lists several close calls and near misses in 2014. On September 30, the pilot of an inbound regional jet reported a flying device that almost hit the plane at 4,000 feet, just north of the Verrazano-Narrows Bridge. In August, a medevac helicopter in Las Vegas reported almost getting hit by a drone at 200 feet as it was trying to leave a hospital. In June, a helicopter pilot in Stockton, California, reported almost hitting two remote controlled gliders at about 750 feet. And in March, a pilot in Tallahassee, Florida, said he almost struck a “remote controlled aircraft” while flying at 2,300 feet. One pilot had to take evasive action in the skies above Oklahoma City in October when a two-foot wide drone came within 10 to 20 feet of his plane at roughly 4,800 feet.

High altitude: There are at least 18 incidents involving drones flying above 4,000 feet, with some as high as 15,000 feet. (Most of the drones available to the general public fall into the FAA’s Model Aircraft category, which means they’re supposed to stay under 400 feet.) In a report from last May, a pilot approaching LaGuardia Airport reported seeing a 10- to 15-foot-wide drone at 5,500 feet above the southern tip of Manhattan.

Grounded: In August, a pilot was arrested after getting stuck in a tree at Freedom Plaza in Washington, DC after climbing up to retrieve a crashed drone.