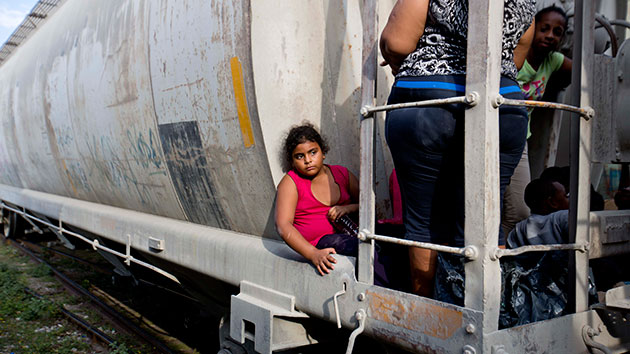 It was right around this time last year that sources in South Texas began telling me that an expected surge of unaccompanied child migrants was going to be much larger than previously anticipated. They were right: The number of kids crossing the US-Mexico border skyrocketed in 2014, and the border crisis was soon front-page news. But the numbers have been dropping since last fall, and according to new projections, they’re on pace to recede even further in 2015.

According to projections from the think tank Washington Office on Latin America, around 41,000 child migrants traveling alone will be caught by US Customs and Border Protection (CBP) in the 2015 fiscal year, a 39 percent decrease from last year. WOLA’s data also suggests that border agents will nab more than 56,000 migrant families (typically a mother traveling with children), a 16 percent drop from 2014.

The number of apprehensions is proportional to the number of people crossing the border. The predictions are extrapolated from CBP data and seasonal migration trends. Adam Isacson, WOLA’s senior associate for regional security policy, acknowledged that the numbers are “very tentative” and that the sample sizes were small, but that 2015 is still on pace to see the second-biggest influx ever of kids traveling alone.

What accounts for these projected decreases in the two groups of migrants that made up last year’s border crunch? After all, things haven’t gotten any better in Central America’s so-called Northern Triangle (El Salvador, Guatemala, and Honduras). “The situation in Central America hasn’t changed in the last six months,” says Maureen Meyer, WOLA’s senior associate for Mexico and migrant rights. “So you’re going to certainly see people fleeing their homes out of desperation and migrants continuing to be willing to run the gauntlet of risk they could face in Mexico, because they figure the risk is worth it if you could die in your home the next day anyway.” 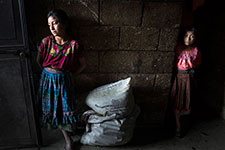 “Children Do Not Migrate—They Flee”: Striking Photos From Poverty-Ravaged Guatemala

CBP has trumpeted the anti-migration ad campaign it ran last year, but few experts believe it had much impact. Instead, they argue, the decline in migrants can be attributed to the increasing difficulty of making the roughly 1,500-mile journey from Central America through Mexico. In July, for example, Mexican officials closed off access to La Bestia (the Beast), the freight train that runs from southern Mexico to the US border. Migrants often sneaked rides on La Bestia because they didn’t have the money to pay smugglers. Keeping them off the train has made the journey north more expensive and potentially more dangerous: A recent article in Mexico’s El Universal newspaper detailed how migrants are walking increasingly risky routes or taking $250 boat rides to avoid detection in the southern states of Chiapas and Oaxaca.

“We won’t see those images again of kids backed up at the border, but that doesn’t mean there’s no crisis in Central America anymore.”

The Mexican government reports that it deported some 104,000 people to the Northern Triangle last year, a 34 percent increase from 2013. (Given the poor conditions in Mexico’s immigration detention centers, Meyer says many detained migrants choose deportation and another shot at heading north.) The uptick has troubled immigrant advocates, who worry that Mexico isn’t applying its generous refugee and humanitarian aid laws—and is turning around Central American migrants without regard for their safety in their home countries. “That’s our biggest area of concern,” said Jennifer Podkul of the Women’s Refugee Commission. “Are they returning legitimate refugee seekers—people seeking asylum—before they even get here?”

Along the US-Mexico border, the feds are intent on avoiding a repeat of last year’s border catastrophe, including those visuals of little kids piled together beneath space blankets in fenced-off warehouses. Meghan Johnson, the managing attorney at the ProBAR Children’s Project, the American Bar Association’s pro bono legal defense program in Texas’ Rio Grande Valley, says that federal shelters for unaccompanied minors are currently at 30 percent capacity and that officials are bracing for an influx of kids in the late spring and early summer. The federal government has streamlined its process for getting detained kids out of Border Patrol holding facilities, and now there are two large processing facilities to temporarily hold child migrants before they are placed in shelters or reunified with their families in the states. And Immigration and Customs Enforcement just opened its largest-ever detention facility, in Dilley, Texas, which will only hold “family-unit” detainees, i.e., mothers traveling with their children. (For more, read the New York Times Magazine‘s recent cover story on family detention.)

Two weeks ago, in a New York Times op-ed announcing the White House’s $1 billion aid proposal for El Salvador, Guatemala, and Honduras, Vice President Joe Biden wrote that “if the political will exists, there is no reason Central America cannot become the next great success story of the Western Hemisphere.” In the meantime, it appears the issues that sparked last year’s border surge—gang violence, abject poverty, regional instability—will continue to force tens of thousands of unaccompanied children and families to seek refuge in the United States this year.

Still, now that the numbers have dropped from their historic highs last year, it’s a good bet that the kids and families won’t make headlines anytime soon. “We won’t see those images again of kids backed up at the border,” Podkul says, “but that doesn’t mean there’s no crisis in Central America anymore.”

Clarification: A previous version of this article suggested that the Office of Refugee Resettlement ran the two border processing facilities, which are run by CBP.