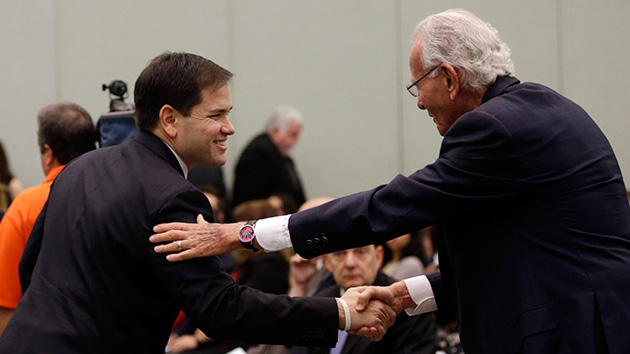 As Jeb Bush sucks up cash from Florida’s wealthy Republican donors for his all-but-announced presidential bid—his allies have set a goal of raising $100 million by the end of the month—many of the state’s wealthiest conservatives have passed over Sen. Marco Rubio, another possible 2016 contender, who like Bush hails from South Florida. But Rubio’s ability to compete for the Republican nomination, should he enter the race, may be preserved by one very rich man.

Norman Braman, an 82-year-old billionaire car dealer in Miami and former owner of the Philadelphia Eagles, has taken a shine to the freshman senator and could spend up to $10 million on a Rubio run, according to the Miami Herald. “I will be providing substantial support, and that will be public when that occurs,” Braman tells Mother Jones, declining to confirm the $10 million number. Rubio is expected to make his 2016 bid official in the next few weeks.

“I just think he’s the candidate of today and tomorrow, and he’s the only one, the only candidate that has come up with specific proposals dealing with the issues facing this nation,” Braman says, without going into specifics. “Read his book and you’ll see.”

Braman could do for Rubio what megadonors like Foster Friess did for Rick Santorum and Sheldon Adelson did for Newt Gingrich in 2012, says Brian Ballard, who served as finance chairman for John McCain and Mitt Romney in Florida and is currently raising money for Bush, pointing out that big cash infusions can keep a candidate afloat for a while amid a crowded field. An eight-digit contribution from Braman, Ballard notes, could be “a building block to put together a finance operation that can weather the first five, six states” in a Republican primary.

“Norman has a deep and abiding faith in Marco’s talents and abilities,” says Mike Abrams, a Miami Democratic consultant at Ballard’s public affairs firm who says he admires Braman. “There are Republican politicians he gets to know and he believes in and he supports. Marco has probably been the one person he cares about and believes in the most.”

Braman is not your typical Republican megadonor. Sure, he has donated millions to GOP politicians, parties, and political action committees over the years, including about $500,000 to the Republican Party of Florida over the past 15 years. And the companies he runs have also contributed hundreds of thousands to the party over the years. Yet he’s also known for an independent streak. In 2009, he gave $4,800 to tea party rabble-rouser Jim DeMint, then a Republican senator from South Carolina. A few months later, he gave $1,000 to Trey Grayson, an establishment Republican who lost to the DeMint-backed Rand Paul in Kentucky’s 2010 Senate primary.

Braman has also supported a number of Democrats. He gave $6,300 to then-Sen. Joe Biden in 2006 and $1,000 to Florida Rep. Kendrick Meek in 2009. (The following year, Meek became Rubio’s Democratic opponent for the US Senate.) In 2013, Braman’s wife, Irma, contributed $2,400 to Rep. Patrick Murphy, the Democrat who unseated conservative firebrand Allen West, and in 2003 she sent $2,000 to General Wesley Clark’s presidential campaign. 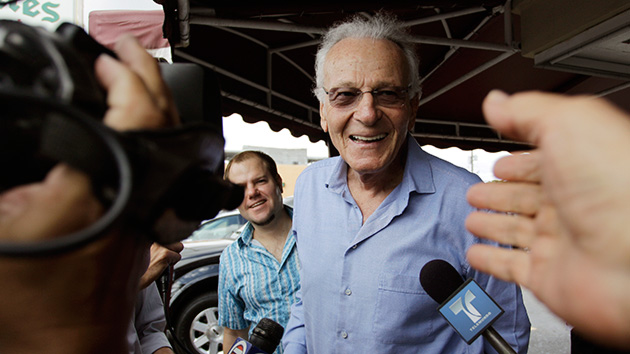 “Most of your Republican fundraisers, you don’t see them giving to Democrats,” says Mike Hanna, a Florida Republican consultant supporting Jeb Bush. “That clearly shows he has an independent streak.” Asked about his previous contributions, Braman says, “I don’t have to explain those to you. They all speak for themselves.”

Braman’s participation in national politics goes back to raising money for Ronald Reagan’s 1980 presidential campaign. Reagan nominated Braman to head the Immigration and Naturalization Service, but Braman withdrew his name from consideration, citing the need to take an active role in his car dealership business.

In Miami, Braman is known for his involvement in local issues. He vigorously opposed the public financing of a stadium for the Miami Marlins in 2008 and unsuccessfully went to court to stop the deal. In 2011, Braman again took on the local powers that be, financing a recall campaign against Miami-Dade County Mayor Carlos Alvarez, who had given his top aides a raise while also proposing to increase property taxes. Braman spent more than $1 million to oust Alvarez, who was voted out of office by whopping 76-point margin.

As he did in the battles over the stadium and the recall, Braman picks fights that he believes in, Abrams says, and he believes deeply in Rubio. “I think he makes up his mind about what he wants to do and doesn’t widely consult about his positions, and he fundamentally is driven by his own set of principles,” Abrams says. “And he has the luxury to be able to do that.”