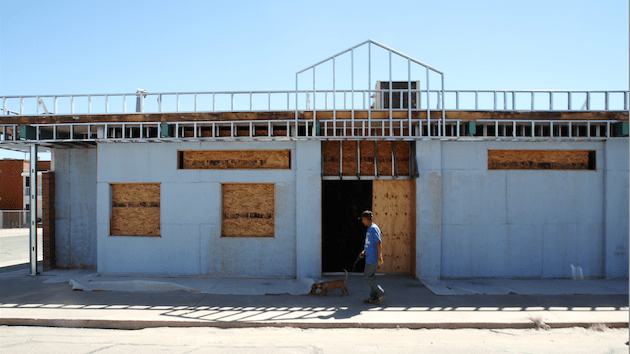 Federal judges upheld a sweeping anti-abortion law on Tuesday in a decision that will shutter most abortion clinics in Texas.

The ruling held that the law, HB 2, which requires abortion facilities to comply with hospital-like standards, does not pose an undue burden for the majority of women seeking abortion in Texas, millions of whom will now have to travel hundreds of miles for an abortion.

The law calls for clinics to follow the state’s rules for ambulatory surgical centers, facilities that are very costly to operate. In 2013, Planned Parenthood opened a brand-new ASC in Forth Worth at a cost of $6.5 million. Only seven abortion clinics in Texas comply with ASC standards; 13 other clinics face imminent closure.

Whole Woman’s Health, the plaintiff in the case, vowed to appeal the decision to the Supreme Court and to ask the justices to put the ruling on hold immediately. Unless the Supreme Court steps in, the clinics will be forced to close in 22 days. The case, if it goes before the high court, could result in a definitive ruling on when an abortion restriction is too restrictive and constitutes an “undue burden.”

“Not since before Roe v. Wade has a law or court decision had the potential to devastate access to reproductive health care on such a sweeping scale,” said Nancy Northrup, the CEO of the Center for Reproductive Rights, which represents Whole Woman’s Health in the lawsuit.

The ruling is a broad victory for Texas on what most consider the most restrictive abortion law in the country: Other provisions of HB 2, which were not a part of Tuesday’s ruling, have already closed more than 20 abortion providers across the state. Judges were drawn from the most conservative appeals court in the country, US Court of Appeals for the 5th Circuit.

Austin, Dallas, Fort Worth, Houston, and San Antonio are the only cities which have abortion clinics that comply with the ASC standards  If the decision goes into effect, more than 1.3 million women of reproductive age in Texas will live 100 miles or more from the nearest abortion clinic. Three-quarters of a million women will live 200 miles away or more. The westernmost clinic in Texas will be located San Antonio, leaving a swath of Texas 550 miles wide without an abortion provider. El Paso, at the western tip of the state, will become the largest US city without an abortion provider.

The ruling also exempts a clinic in McAllen—temporarily—from a portion of the law that requires abortion clinics to have admitting privileges with local hospitals. The McAllen clinic failed to acquire admitting privileges for administrative reasons and was facing immediate closure. It is the only abortion provider in the Rio Grande Valley—the next closest clinic is 200 miles away. For this reason, the judges ruled that the McAllen Whole Woman’s Health can remain open until another abortion clinic opens nearby.

The Supreme Court is currently debating whether to consider a challenge to a Mississippi law requiring similar admitting privileges.

Abortion foes cheered Tuesday’s decision. Americans United for Life, the legal arm of the anti-abortion movement, said in a statement that the ruling “advances Texas’ interests in safeguarding maternal health and protecting women from substandard abortion facilities and practices.”

Texas legislators invoked safety standards in 2013 when they passed the law. Abortion providers, however, and mainstream medical organizations, maintain that it is not necessary to do first-trimester abortion in a hospital-like setting in order to perform them safely. The American Congress of Obstetricians and Gynecologists notes that less than one half of one percent of all abortions involve major complications.

“The justice system and our elected politicians have put a road full of unnecessary hurdles in front of every woman in Texas who has decided to end her pregnancy,” said Amy Hagstrom Miller, the founder of Whole Woman’s Health, on Tuesday. “For scores of Texas women, the repercussions of this ruling will be devastating.”