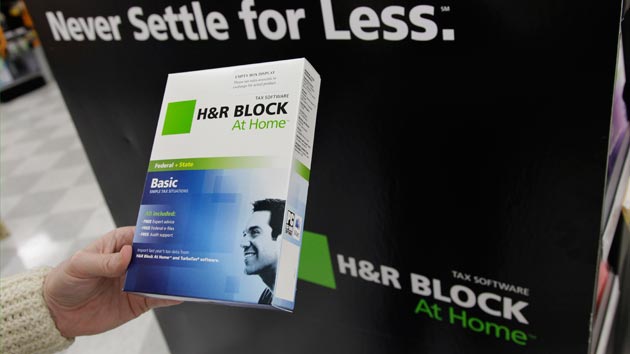 In late July, the Senate Appropriations Committee approved a 2016 federal agency funding bill that came with instructions to the Internal Revenue Service to vastly expand the paperwork for the Earned Income Tax Credit.

This buried provision adds a layer of red tape for which the tax-preparation company H&R Block has lobbied heavily for more than a year, in letters and hearings. H&R Block and other tax-prep companies stand to benefit handsomely, while taxpayers who are unable to navigate the complicated new forms will face two costly alternatives: Pay a tax preparer to parse the forms, or give up the EITC, a crucial tax break for low-income families.

In 2013, more than 27 million working families and individuals received the EITC. It gives households making less than a certain annual income (ranging from $39,000 to $53,300) a bigger tax refund, based on a formula that takes into account marital status and number of children. Numerous studies have shown that the EITC reduces poverty, improves health and incomes, and diverts people out of social welfare programs.

In several letters to Congress over the past year, H&R Block has pushed to expand the Schedule EIC—the form required to claim the credit—as a backstop against tax fraud and improper payments. The new form would go from one page to five, and it would incorporate most of a 30-question eligibility checklist that only paid preparers, as opposed to self-filers, are currently required to submit. The Senate incorporated the proposal into its 2016 funding provisions, which require the IRS to use an expanded Schedule EIC next tax season.

In its letters and hearing testimony, H&R Block encouraged lawmakers to add similar paperwork to claims for other refundable tax credits. Again, the company was successful: The Senate bill adds paperwork to the Child Tax Credit; the American Opportunity Tax Credit, which reduces taxes owed for tuition-paying college students; and the Premium Tax Credit, which helps families pay for health insurance.

“Along with undercutting the EITC’s basic purpose…by discouraging eligible working families from filing for it, the committee’s proposed directive is unnecessary,” writes Robert Greenstein, president of the Center on Budget and Policy Priorities. That, he says, is because self-filers are already inundated with eligibility information: The rules are covered extensively in five pages of EITC instructions appended to tax-return forms, and in a separate 37-page IRS pamphlet.

“This seems to me like a fairly naked attempt by Block to get its market share up by basically driving a lot of people away from self-preparing,” Greenstein told Politico Pro. (Greenstein was not available for comment on this story.)

H&R Block said in a statement last week that “this is not about competitive business interests. It’s about reducing fraud and protecting the future of the EITC.”

H&R Block has used the threat of fraud for years in arguing for a more complex tax filing system. In fact, studies have found that the majority of EITC overpayments are the result of unintentional error, not fraud—and research suggests that self-filers are already pretty good at getting it right. As Vox points out, a 2014 IRS study found that EITC claims filed from 2006 to 2008 by paid preparers were more likely to result in overpayments than self-filed claims.

CBPP’s Greenstein also notes that there’s a double standard when it comes to tax-preparer companies’ advocacy around fraud. The Treasury Department estimates that $16-19 billion was lost in 2014 from EITC overpayments. But the underreporting of business income cost $122 billion in 2006 (the latest year for which data are available) and is the single largest component of uncollected taxes.