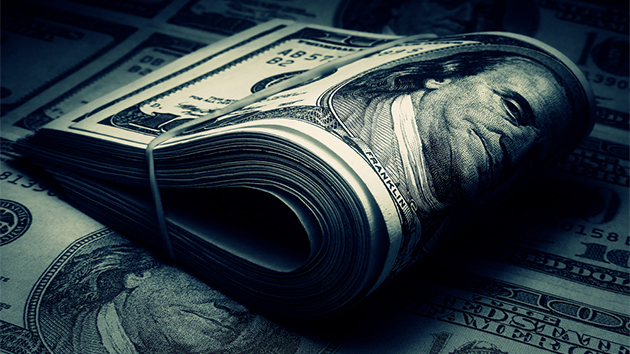 Even as the Federal Election Commission remains paralyzed when it comes to addressing the rising tide of dark money flowing into elections, California regulators took another step last week to crack down on secretive money in state elections. And for that, we have the Koch brothers to thank.

Politically active nonprofits have become a preferred way for deep-pocketed donors to influence elections without revealing their identities. As nonprofits, these groups are under no obligation to disclose where their money comes from. But as the amount of dark money entering elections has soared, federal regulators have largely taken a pass on adding new disclosure requirements. California regulators, on the other hand, have gone straight at the issue, and in the wake of a 2012 scandal involving several groups from the network of political organizations run by the Koch brothers, they have aggressively fought to keep dark money groups out of state elections.

On Thursday, state regulators added another layer of security, closing a loophole that might have allowed out-of-state groups and donors to secretly buy influence in California elections. If there was any wiggle room for dark money groups to operate in California, it’s likely gone now.

California’s dark-money crackdown stems from an investigation sparked in the run-up to the 2012 election, in which regulators uncovered a plot by a Virginia-based dark-money group called Americans for Job Security to funnel more than $24 million from secret donors through a series of intermediary groups to be spent on two state ballot initiatives: one to raise taxes and the other to ban labor unions from making political donations. According to the investigation, AJS routed the money to an Arizona dark-money group called the Center to Protect Patient’s Rights, which then passed it on to two more groups, including one called Americans for Responsible Leadership. Those groups, in turn, channeled the money to at least two California-based groups that spent it on campaigns to defeat the tax increase proposal and to support the ban on donations from unions.

The CPPR, which was actually just a post office box in Arizona, became known as the ATM for a sprawling network of politically active groups tied to libertarian brothers Charles and David Koch. The group was run by Sean Noble, a Koch network operative tasked with spreading out the money raised by donors at the brother’s biannual donor retreats to dozens of conservative outfits. After a legal battle with the California Fair Political Practices Commission in the days before the 2012 election, both the CPPR and ARL ultimately acknowledged failing to properly disclose donors and paid California a combined $1 million in fines.

The dark-money groups lost the battle on both ballot initiatives (the tax increase was approved and labor unions are still permitted to make donations), but the specter of much more spending by similar groups pushed California regulators to act. State campaign finance rules already require any group that spends money on a California election to reveal its donors. Last week, another patch was added to regulations, making it explicitly clear that this doesn’t just apply to California-based groups, but to out-of-state and national outfits as well. The move extends California’s power to regulate dark-money groups—something few states have been wiling to do—and means that if a national group tries to step into state politics, it might be exposing its whole national network to scrutiny.

The new rule immediately got an endorsement from Tom Steyer, the California billionaire who was the single-largest known donor in the 2014 election:

Happy to see CA adopt stronger rules on money in politics. I disagree w/ Citizens United, we must continue to fight. http://t.co/65zlW4JY7i

Steyer and his wife donated more than $75 million in the 2014 cycle, the vast majority of which went to NextGen Climate Action, a super-PAC set up to push candidates to support addressing climate change.

California’s crusade against dark money was launched by Ann Ravel, then the chairman of the California Fair Political Practices Commission. In 2013, Ravel was appointed to the Federal Election Commission, which she currently chairs. Ravel’s effort to continue her crusade to rein in dark money has run into a brick wall in Washington, thanks to partisan gridlock that has all but paralyzed the FEC. This summer, Ravel and another Democratic member of the commission filed a complaint against their own organization, accusing it of failing to enforce campaign finance laws. The move was met with a deadlock, after a commission discussion on the petition devolved into a bickering match between Republican and Democratic commissioners over whether Ravel and the other petitioner qualified as “people.”