Has any piece of legislation in American history held on by its fingertips more dramatically than the Affordable Care Act? Let’s review the tape.

In 2009, it passed in the Senate by a margin of zero votes. In 2010, thanks to some fancy parliamentary maneuvering, it survived the loss of the Democrats’ filibuster-­proof majority after Sen. Ted Kennedy’s death. In 2012, it squeaked through a Supreme Court challenge after Chief Justice John Roberts reportedly changed his vote at the last minute. It hung on again later that year when President Barack Obama won reelection. In 2013 came the disastrous rollout of its website, and in 2015, yet another unsuccessful Supreme Court challenge. And along the way it outlasted more than 50 attempts by congressional Republicans to repeal all or part of it.

For six years, Obamacare has been the ultimate Republican punching bag. It helped win the party a landslide victory in the 2010 midterms. Repealing it has consistently been an applause line for conservative politicians. And even now that it’s up and running pretty successfully, poll after poll shows at least 40 percent of the public still disapproves of it.

The failure of Obamacare’s foes is a sign of a larger trend: A lot of traditional conservative issues are losing their momentum.

All this means that Obamacare should be a killer issue for Republicans in 2016. It’s fragile, it’s unpopular, it’s hated by the base, and this is their last realistic chance to repeal it. If they don’t take the presidency and both houses of Congress next year, they’ll have to wait until 2020 for another opportunity. By that time, the law will have been in place for a decade, and it will be covering upward of 20-25 million people. While that might not be enough to make it as beloved as Social Security or Medicare, it’s certainly enough to make it politically unassailable. Conservatives have been warning for years that if Obamacare doesn’t get repealed this instant, it will soon be too late. This time they’re finally right.

And yet, so far the issue has been oddly MIA in the Republican primary. Chants of “repeal and replace” are still around, but they have a distinctly pro forma ring to them. Obamacare was barely mentioned in the first two Republican debates, eclipsed by Donald Trump, border walls, and ISIS. And even if a Republican wins the White House next fall, conservative health care wonks have nearly given up on enacting anything more than a partial rollback of the law.

So what happened? What killed off the frenzied demands to destroy Obama’s signature achievement?

The most obvious answer is that conservatives have been whipping up outrage about the law for so long that even its most ardent haters are exhausted. What’s more, it’s much harder to take away a benefit that lots of people are actually relying on than to repeal a theoretical one.

But Obamacare’s foes running out of steam is just the most obvious sign of a larger trend: A lot of traditional conservative issues are losing their momentum. Gay marriage lost its fear factor years ago and was taken off the table once and for all by the Supreme Court in June. The economy is probably in good enough shape to not be a big campaign issue. Taxes have already been lowered so much that the average family pays only about 5 percent of its earnings to the IRS. And 14 years after 9/11 and four years after Osama bin Laden’s death, accusing liberals of being spineless on terrorism no longer packs the same punch. 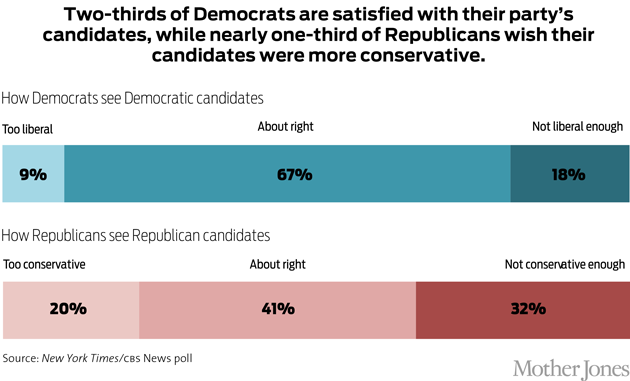 True, Republicans still have a short list of hot-button topics that inflame their base, but increasingly these are wedge issues that promise nearly as much downside as upside. Immigration is the most visible example. Hysteria over border walls, birthright citizenship, and anchor babies risks losing Hispanics to the Democratic Party for good—something the GOP can ill afford. And the problems go far beyond immigration. Republican voters aren’t sold on the idea of Iraq War 2.0, and as a result even the most hawkish candidates are unwilling to propose sending more than a few thousand troops to fight ISIS. Even abortion runs the risk of becoming a wedge issue for the party as activists demand that candidates take extreme positions such as opposing exceptions for rape, incest, or the life and health of the mother—even though these are popular among most Republican voters.

This is the point at which liberals are supposed to sneer that the GOP is now the party of no new ideas. But that’s not really fair. The difference between the two parties isn’t so much one of ideas, but of unity behind those ideas. Thirty years ago, Democrats were the ones torn apart by wedge issues: affirmative action, crime, abortion, taxes. These tensions haven’t gone away completely—just look at Black Lives Matter activists heckling Sen. Bernie Sanders over the summer—but they no longer dominate the party. Now the tables have turned. A recent survey showed that nearly half of Democrats agreed with their party’s core position on at least six of seven major issues. Only a quarter of Republicans were in such broad agreement with their party. And the discord is coming at the worst possible time, just as long-term demographics are starting to seriously eat into their base.

Millennials, the most socially liberal generation ever, are increasing their share of the electorate as more conservative cohorts die off. And every year, the racial minority share of the population rises by 0.4 percent. The net result is simple: Every four years, roughly 2 percent of the population leans further left. It’s a slow enough process that Republicans can still win presidential elections, but 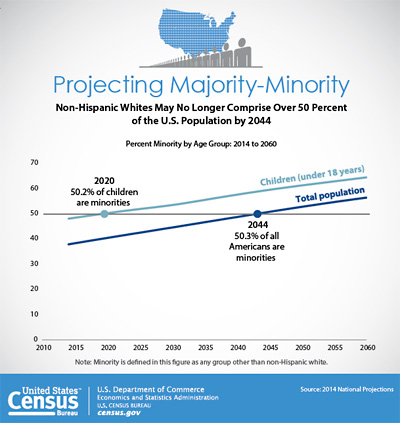 in a 50-50 nation even small changes in support are enough to make these wins more difficult. Gerrymandering and incumbency effects may keep Republicans in partial control of Congress for a while longer, but the presidency is slipping out of their reach.

There are no obvious solutions. If Republicans move to the center—as Democrats did in the ’80s—they risk losing the support of their base. If they move to the right, they lose moderates and independents. Arthur Brooks, president of the conservative American Enterprise Institute, acknowledged this conundrum recently when he told the Washington Post that “Republicans need to recognize this and change the terms of the conversation—or they’ll pay the price for decades.”

Every party faces conflict between its center and its base, but the emergence of the tea party and the Fox News echo chamber has put this dynamic on steroids. Moving even to the moderate right, let alone to the center, is all but impossible for the GOP. Its base demands not just a border fence, but the repeal of the 14th Amendment; not just opposition to gun control, but rejection of universal background checks, which even the National Rifle Association used to support; not just skepticism about climate change, but insistence that global warming is a grand hoax perpetrated by liberals to subvert the free market. This conflict between party and base entered uncharted territory earlier this month when Republicans literally couldn’t find a single plausible candidate willing to be Speaker of the House. No one wanted to deal with the bomb-throwing antics of the reactionary wing of their own party. Even candidates who consider themselves tea partiers didn’t think they could control a caucus dominated by tea partiers. Among Republicans, becoming Speaker is now considered a career death sentence.

It’s hard to see any way out of this. If Republican candidates appeal to nativism, they lose the Hispanic vote. If they appeal to social conservatives, they lose the millennial vote. If they appeal to older white voters, they energize black voters and do the Democrats’ grassroots organizing for them. And if they throw up their hands and rely on endless hysteria about Benghazi and Hillary Clinton’s email server, the tea partiers will turn out in droves but they lose everyone else. In an era when the inmates are running the asylum, it’s not just Obamacare bashing that’s become a double-edged sword for Republicans. It’s nearly everything they’ve relied on for the past three decades.