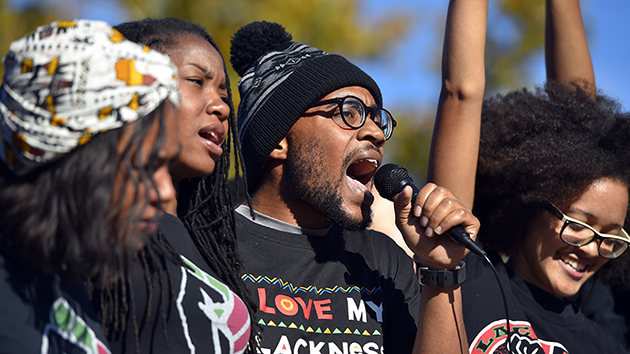 After a series of racist incidents sparked campus-wide protests at the University of Missouri, demonstrations have spread rapidly across the country, from Princeton and Claremont McKenna to the University of South Carolina and Stanford. Students from dozens of colleges and universities have raised demands ranging from improvements in student and faculty diversity to the renaming of campus buildings, and even reparations. Several university heads and professors have resigned amid the upheaval.

Fully understanding the rising wave of campus protests over racial injustice requires looking back centuries, explains Craig Steven Wilder, a historian at the Massachusetts Institute of Technology. Wilder spent more than a decade researching the fraught racial history of America’s colleges and universities—including their roots in one of the country’s most ignominious eras. “It’s difficult to celebrate diversity while standing in front of buildings that are named after slave traders,” he says.

Wilder spoke to Mother Jones about how that history came to light, and how it informs current politics and the evolution of the Black Lives Matter movement.

Mother Jones: What went through your mind when you first heard about the protests at Mizzou and Yale? 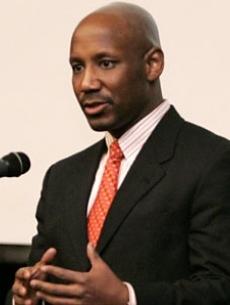 Craig Steven Wilder: I had just given a talk at Yale. One of the things that came to mind was the reemergence of a student activism that is increasingly important on our campuses and also in the broader social conversation about racial inequality and racial justice. If you look back at what’s happened over the past few years, with both Occupy and Black Lives Matter, you’ll see a heavy student involvement. The fact that they’re now beginning to articulate a kind of common vision seems to me predictable.

MJ: In 2013, you published Ebony and Ivy, a book about the role slavery played in the founding of America’s earliest colleges and universities, dating back to the 1700s. Do you see any connection between the racial injustices then and the protests we are seeing now?

CSW: It actually dates back to the early 1600s, to the founding of the very first English academy in the American colonies. I don’t see a direct linear connection between those things, but there is a connection. Institutions are a product of their histories, like Georgetown has experienced. We have campuses that are filled with buildings named after founders and early participants in the founding and establishment of universities who both owned and traded human beings. It’s difficult and awkward to celebrate diversity while standing in front of buildings that are named after slave traders. 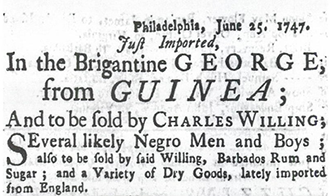 An advertisement for a slave auction on a ship owned by a charter trustee of the College of Philadelphia, now the University of Pennsylvania. Pennsylvania Gazette/Courtesy of Craig Steven Wilder

MJ: For those who haven’t read your book, tell us more about how slavery played a significant role in the growth of American universities.

CSW: Every college that survived the American Revolutionary War did so by attaching itself to the slave economies of the Atlantic world. It’s those economies that sustained them. Slavery wasn’t just an aspect of their early history—slavery decided which colleges would survive. When Harvard was founded in 1636, it was founded just before the Pequot* war breaks out—the war between the Puritans and the native communities of southern New England which culminates in the massacre of several hundred Pequot, and the survivors are sold into slavery in the Caribbean. The ship that sells them is the first to transport slaves out of the British colonies. It returns with African slaves to New England. The year that it returns, Harvard gets its first slave on campus. Yale became a college that expanded in the 18th century by finding more intimate connections to slavery, including owning a small slave plantation in Rhode Island that it leased out to a series of slaveholding tenants. The rent from that estate helped Yale establish its first graduate program and its first scholarship.

Northern universities in particular have been terribly effective at hiding their relationship to the slave trade.

There’s an academic revolution that happened in the quarter century just before the American Revolution. There are only three colleges in the British colonies until the 1740s. William and Mary in Virginia, Harvard, and Yale. Then, between 1740 and 1769, seven new colleges get established. That’s the moment when the slave trade is peaking. New wealth is being produced in the Americas that allows the various Christian denominations to establish colleges to help cement their presence in the colonies. Engineering schools in the pre-Civil War period were largely funded by people who were making significant amounts of money off the products of slavery: cotton manufacturers, textile manufacturers in New England, and sugar refiners in places like New York.

You spend a whole bunch of time in the university archives and then you walk outside to put coins in the meter or to grab a sandwich, and you’re walking past buildings named after the people who are in those records—the slave traders and slave owners. Those legacies are very real.

MJ: When did we first begin to see universities confront these legacies, and where?

CSW: It’s just before 2003, when Ruth Simmons, an African American woman who had been president of Smith, is selected as the next president of Brown University. President Simmons decided to challenge the university and the trustees and the alumni body by establishing a commission to look directly at Brown’s relationship to the slave trade, and to bring forth a report on it, to make it public, with suggestions of ways of addressing that history. Northern universities in particular have been terribly effective at hiding their relationship to the slave trade. So that was a moment of tremendous courage.

It didn’t happen in a complete vacuum. A couple of years before Simmons became Brown’s president, Yale had its 300th anniversary, during which they often commission a history. Yale’s history focused heavily on its contribution to the abolitionist, anti-slavery movement. A lot of Yale graduates became abolitionists, but the university was actually anti-abolition in its official position. Even more important, Yale had a much longer history with slavery, like all of the universities did, than it did with abolitionism. A group of graduate students and staff pointed this out on a website, “Yale, Slavery, and Abolition.” There was a huge backlash. People accused them of attacking the university by bringing up things that were uncomfortable to deal with at the moment when people should be celebrating.

But whatever the motivations, it’s simply true that these universities have a much deeper relationship with slavery, which they’ve successfully avoided. Brown gave a template for how to wrestle with this history.

MJ: We’ve also seen a backlash against the protests at Mizzou and Yale. Where do you see this coming from?

CSW: I once gave a radio interview in which one of the callers accused me of digging up the past, which is a strange accusation to make against a historian—that’s the job description. What that accusation really is, is the protest of someone who’s uncomfortable with a certain historical truth. I think there’s a fear of where this will lead.

When I was doing the research for the book, you have these references to enslaved people who are on campus. At Princeton, after the president died, his slaves were auctioned off from the president’s house. The founder of Dartmouth showed up to New Hampshire with eight enslaved black people. He’s got more slaves than faculty. He’s got more slaves than active trustees. I’m not the first one to have seen this. But a lot of historians have made the decision that what they were seeing isn’t all that important to the story they were telling. 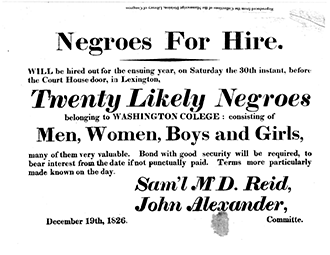 When these investigations first started, one of the fears was that any acknowledgement that slavery played in the histories of institutions would lead to calls for reparations. That’s an extraordinarily cowardly position to take. The truth can’t be held hostage to our fear of consequences.

MJ: Has the lack of diversity among university faculty and students had anything to do with the time it has taken to accept these truths?

CSW: I think in the past 25 to 35 years, the increasing diversity of American colleges and universities has created the conditions for beginning to unpack some of this history and to challenge it on campus. On historically white, predominantly white university campuses, we’ve developed a tendency to celebrate diversity and to talk about diversity as a positive good, particularly for marketing purposes, and how we should be ranked with competitors. But at the same time, there’s been a reluctance to do the very difficult work of managing a diverse community of people and thinking about what it really requires to sustain a diverse community of people.

The business of dealing with diversity has gotten harder to do as colleges and universities have gotten more corporatized, as costs have inflated, and as we’ve turned to our upper administration to deal with the business of raising money, building campuses, expanding endowments, and primarily focus on the fiscal health of the institutions. One of the things we’ve created is a generation of higher education officials who don’t necessarily have the skill set to manage diversity.

MJ: How do the ongoing campus protests tie in with the Black Lives Matter movement that emerged more than a year ago?

CSW: Actually, I believe that the campus protests are influenced by the Black Lives Matter movement. Some of these students got their initial experience in organizing and political action from BLM. It is, unfortunately, not difficult to see how the social crises that produced BLM also play out on campus. These movements are grassroots reactions to social injustice.

I also think this is a moment where we need to look at the health of our university system more broadly—is it performing the role we think it’s supposed to? And as the students come to experience their own campaign’s successes and failures, their goals will evolve. The original Montgomery bus boycott had very modest aims. It wasn’t until community action began to experience its own power that the aim of desegregating the transit system emerged. Even in a movement that broad and spectacular and historically significant, you have this evolution. So what I see happening with the students is that—much like the student athletes over the past several years who’ve been pushing for compensation and recognition of the roles they’re playing, and the money that’s being generated off their labor—their aims have been evolving over time.

Correction: The original version of this story misspelled the name of the Pequot tribe.