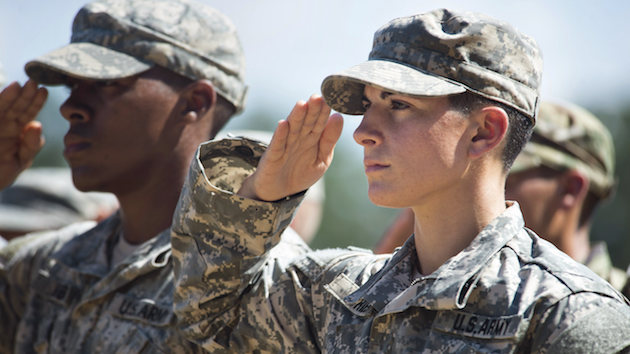 Defense Secretary Ash Carter announced on Thursday that the military will open all of its combat jobs, including those in special operations, to women for the first time.

Those combat jobs, including in infantry, artillery, tanks, and other front-line roles, will be open to women after a 30-day waiting period, Carter announced at a press conference. “Today I’m announcing my decision…to proceed with opening all these remaining occupations and positions to women,” he said. “There will be no exceptions.”

Carter cast the decision as a vital tool in recruiting talent and keeping up the military’s capabilities. “Our force of the future must continue to benefit from the best people America has to offer,” he said. “In the 21st century, that includes drawing strength from the broadest possible pool of talent.”

The military opened some indirect combat jobs to women in 1993, including flying combat aircraft and serving on Navy fighting ships, but kept front-line roles closed to female service members. That translated to about 220,000 positions across the military in 2015, Carter said. The change began in 2013, when the Obama administration said the military would have three years to study the role of women in combat and provide any reasons why they should still be barred from jobs such as infantry, artillery, and other direct combat roles. In that time, the military conducted studies and tests in which women participated in grueling combat schools, including Marine infantry officer training and the Army’s Ranger School, which three female officers passed this year. Carter said all the services except the Marine Corps recommended full integration. That includes Special Operations Command, which oversees elite forces like the Navy SEALs and the Army’s Delta Force.

Carter said he was confident that the inclusion of women would not reduce combat effectiveness, and that physical and performance standards would not be altered for women. Some military standards, including the scores on mandatory physical fitness tests, are scaled differently for men and women. “Women will be subject to the same standards and rules that men will,” he said. “Combat effectiveness is why we’re here.”

Carter acknowledged that the transition may be rocky. “While at the end of the day this will make us a better and stronger force, there still will be problems to fix and challenges to overcome,” he said. “We shouldn’t diminish that.” he said.

The Marine Corps was the service most vehemently opposed to integration. It released a study this year saying mixed-gender units performed worse in combat than all-male units, a conclusion that some analysts rejected. Carter said that study, which he called “not definitive,” and other data provided by the Marines were ultimately not enough to convince him that the service should get its own exemption from integrating combat unit. “We are a joint force, and I have decided to make a decision that applies to the entire force,” Carter said, noting that Marine Gen. Joe Dunford, the chairman of the Joint Chiefs of Staff, had made the same recommendation. Dunford, however, did not attend the press conference, and reporters pointed out that in his previous job as the Marine Corps’ top general, he opposed full gender integration for the Marines.

Carter said Dunford will work with him as the military integrates all its units, but he seemed to dodge a question about whether Dunford supported the move. “You’ll have to speak to him about that, but he understands what my decision is, and my decision is my decision,” Carter said.