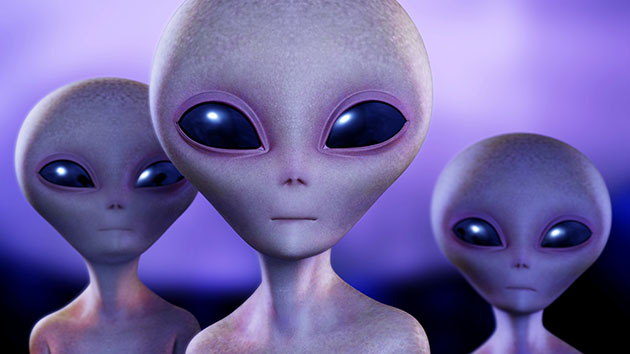 The Clinton campaign keeps teasing real-life Fox Mulders with hints that a Hillary Clinton presidency would reveal the truth about what the government knows about extra terrestrials and unidentified flying objects.

In an interview with a Las Vegas TV station published Tuesday, Clinton campaign chairman and longtime Washington, DC, power broker John Podesta said that he has pressed Clinton to “get to the bottom of” of what the federal government knows about aliens and “unexplained aerial phenomena”—ET enthusiasts’ preferred term for UFO sightings.* “I’ve talked to Hillary about that, this is a little bit of a cause of mine which is that people really want to know what the government knows, and there are still classified files that could be declassified,” Podesta said during a campaign stop.

The interview comes a few months after Clinton told a reporter in New Hampshire that she thinks “we maybe have been [visited already],” and that she might get to the bottom of the alien-visitation question by sending a task force to Nevada’s Area 51. Most media framed the comments as a joke, but Podesta said that this issue should be treated more seriously. “I think I’ve convinced her that we need an effort to kind of go look at that and declassify as much we can so that people have their legitimate questions answered and more attention and more discussion about unexplained aerial phenomena can happen without people who are in public life who are serious about this being ridiculed.”

Podesta is a longtime advocate of increased government transparency on extraterrestrial issues. A huge X-Files fan, he called himself a “curious skeptic” when he wrote the forward to Leslie Kean’s book UFOs: Generals, Pilots, and Government Officials Go on the Record. “It’s time to find out what the truth really is that’s out there,” he wrote.

Aspiring First Spouse and former President Bill Clinton told Jimmy Kimmel in 2014 that he had people “look at the records of Area 51 to make sure there wasn’t an alien down there,” and also had “all the Roswell papers reviewed.” In 1995 Clinton said that “as far as he knows,” it wasn’t an alien space craft that crashed at Roswell, New Mexico, in 1947. If the Air Force had recovered something of that nature, “they didn’t tell me about it either, and I want to know.”

Answers are still out there, according to Podesta. “I think the American people can handle the truth about this,” he said.

Correction: An earlier version of this article referred to John Podesta as the Clinton campaign’s manager when, in fact, he’s the campaign chairman.