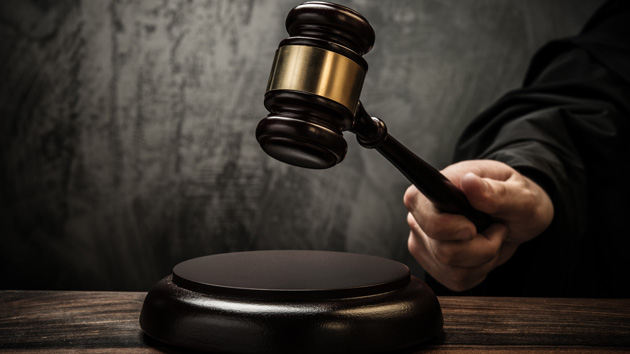 In 2014, Tennessee voters amended the state constitution and gave state lawmakers almost unlimited power to restrict abortion. But last week, a federal judge ruled that the method used to count the votes in support of Amendment 1 was “fundamentally unfair” and ordered a recount.

The challenge was brought by eight Tennessee voters, who had voted ‘no’ on the amendment. U.S. District Judge Kevin Sharp ruled that their votes were not given the same weight as votes in favor of the amendment, which passed by 53 percent, because of the way that the Tennessee law to amend the state constitution is structured. Election officials have 20 days to submit a recount timeline for the court’s approval.

The confusion stems from language in the Tennessee constitution that dictates how the votes on an amendment should be counted. It states that the amendment can only be passed if “a majority of all the citizens of the state voting for Governor” also voted in favor of the amendment.

The Tennessean reported that “state election officials have long interpreted the language to mean that for an amendment to succeed, it must garner a majority of the votes cast for governor, regardless of whether the same individuals voted for both governor and an amendment.”

Sharp’s order referred to an anti-abortion strategy during the campaign that encouraged the voters who were in favor of Amendment 1 not to vote in the governor’s race. (The incumbent candidate, Gov. Bill Haslam, was projected to win by a wide margin anyhow—the Democratic candidate was largely thought to be unlikely to succeed.) By casting a ballot only for the amendment, the logic went, the votes cast by those in favor of the amendment would essentially “double,” Sharp’s ruling noted, because the number of votes needed for it to pass would be lower. That meant the amendment needed to garner only more than half the number of votes submitted for the governor’s race.

“In this case, Plaintiffs voted for governor and against Amendment 1,” Sharp wrote. “Their votes, however, were not given the same weight as those who voted for Amendment 1 but did not vote in the governor’s race.”

As Tennessee anti-choice lawmakers sought support for Amendment 1, they said the measure was a step toward revoking Roe v. Wade in the state. And since the amendment’s passage, a number of TRAP laws—targeted regulation of abortion providers—and a 48-hour waiting period have come through the state legislature. Some measures that passed have been put on hold by a federal judge.

According to the Tennessean, the plaintiffs remain optimistic. At a news conference on Monday, the plaintiff’s lawyers said there is a “path by which Amendment 1 would fail on recount.”

Vanderbilt law professor Tracy George, who is a board member of the Middle and East Tennessee Planned Parenthood affiliate and one of the eight plaintiffs in the suit, said the amendment has a “good probability” of failing on the ordered recount. In 2014, nearly 80,000 people—five percent of voters—did not vote in the governor’s race.

George said that if those 80,000 voters also voted “to support Amendment 1, under the recount, their votes no longer would count on the Amendment 1 race.” That means, she added, “If all of the people who didn’t vote in the governor’s race were pro-Amendment 1 voters, then Amendment 1 fails on recount.”