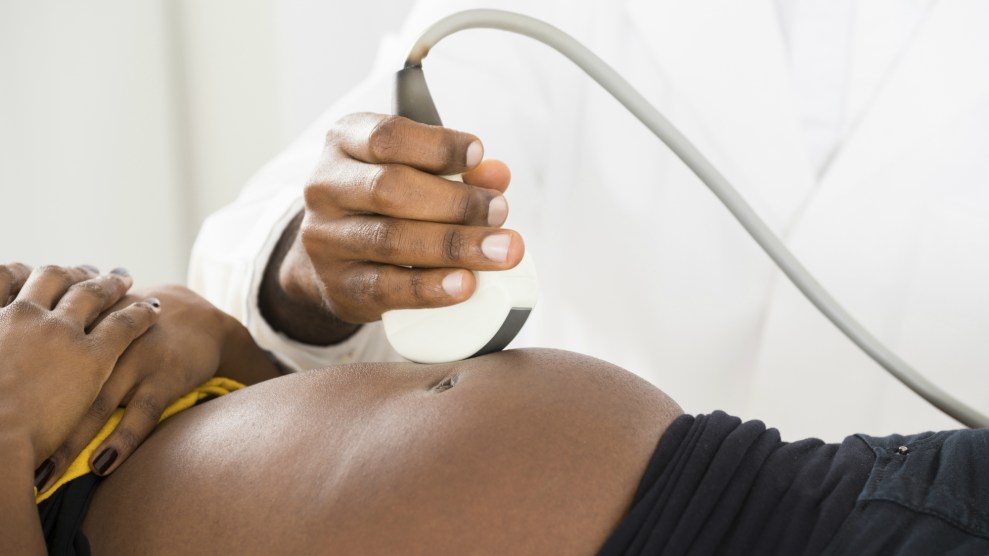 The human stories behind the debates on abortion and reproductive rights often neglect the unique challenges faced by low-income women, a group that disproportionately includes women of color. Abortion has been an especially controversial issue for black women, who must often navigate political barriers, racism, and cultural expectations of motherhood when seeking to end a pregnancy.

Enter Dawn Porter, an award-winning filmmaker whose documentary Trapped, about abortion access in the South, was released earlier this year. Her newest work, True Stories, Hard Choices, is a two-part short film sponsored by Essence and Time magazines that was released last week. In it, Porter dives into the racial politics of abortion and dissects how race, class, gender, and religion converge and often determine the reproductive health care decisions of black women. “The issue of abortion has always been racially charged,” Porter says, “I’d never really considered how the experience of having an abortion might be different for black women.”

“The issue of abortion has always been racially charged,” Porter says, “but I’d never really considered how the experience of having an abortion might be different for black women.”

According to the Guttmacher Institute, black women are almost five times more likely than white women to undergo abortions, a difference that has been attributed to black women’s higher rates of unintended pregnancy when compared with white women, mostly because of limited access to reproductive health care services. Obtaining an abortion has become difficult for low-income women, especially those who fall into the 59 percent of women who get an abortion after previously giving birth. With no public funding for abortion, they struggle to afford the procedure and must navigate a growing number of abortion restrictions passed at the state level.

Porter interviews a large cast of characters in the film, but the documentary’s strongest moments come when she speaks with young black mothers as they discuss their often painful decisions to have abortions. We meet Jane Doe, an unnamed 20-year old single mother working a minimum-wage job to support her son, as she sits inside an abortion clinic waiting to have the procedure. Doe’s face never appears on camera as she says that ending her second pregnancy is the only way she can continue to provide for her child. In a tearful exchange, she says she feels “like a bad person” for having an abortion.

“As crazy as it sounds, I say, well, I would rather an abortion than to give the baby up to a family I don’t know,” Doe says. “Because if I…when I hold it then, that’s love. And I don’t wanna…you know…and I couldn’t give that love away.”

Amber, a young woman who traveled 10 hours from Mississippi to Alabama to get an abortion, explains her young son is the main reason why she chose to end her subsequent pregnancy. At 17 weeks pregnant, she struggled to find a clinic in Mississippi because aggressive state restrictions on late-term abortions have caused many clinics to stop providing abortions well before the 20-week mark.

The stories of black women, particularly those who already have children and cite financial reasons as the chief motivation for their abortions, often go unheard in political debates over abortion access. “I think the protesters think that these women just get up in the morning and decide to go have an abortion,” says Miss Betty, one of the counselors working at the Jackson Women’s Health Organization, the last abortion clinic in Mississippi and a key location in Trapped. “They have put their heart and souls into their decisions.”

But that point was often lost on the protesters who appeared in the documentary, many of whom used race to shame black women for seeking abortions. In one particularly memorable scene, a white anti-abortion protester tells Porter, a black woman, that she is a “disgrace to your race” for being pro-choice, comparing support for abortion to support for slavery. Last month, Rep. Steve King (R-Iowa), criticized poor black women for getting abortions, saying that he would give “even money that a vast majority of mothers who say they can’t afford an abortion have an iPhone, which costs more.”

In a piece published in Essence as a companion to the documentary, Porter argued that black women are a crucial part of national conversations about reproductive rights. “Often our stories, the stories of Black women, are too often lost or overlooked,” she said. “I hope this film will give new voice to the hard choices that so many women face.”