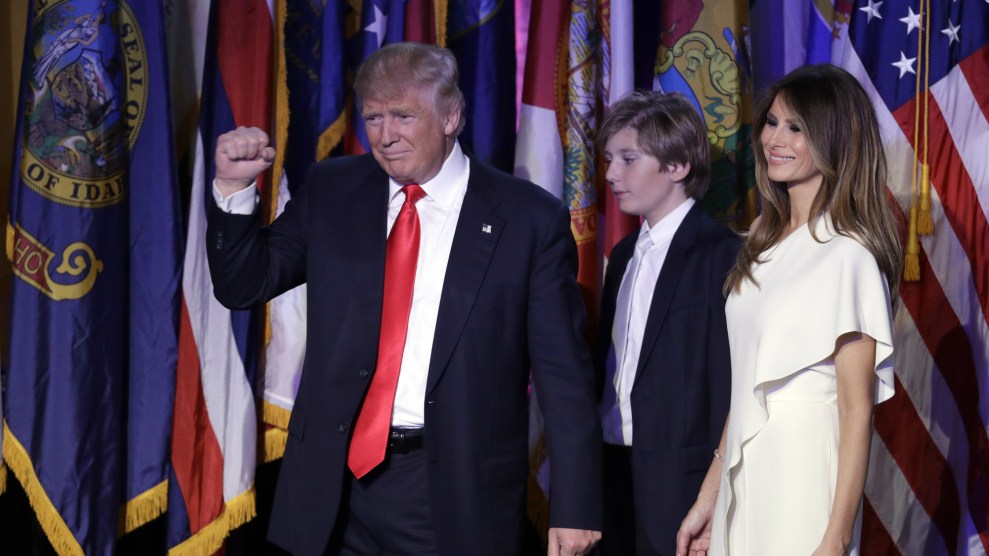 Donald Trump’s transition team needs to hire more than 4,000 new staffers to run the next administration, and the website for applicants contains a dire warning for anyone who thinks he or she can mix personal business with public business.

“Consideration is taken for possible conflicts of interest,” the website declares. “Financial holdings and sources of income must be disclosed. Any conflicts must be remedied by divestiture, the creation of special trusts, and other actions.”

That would disqualify Trump himself from serving in his own administration, as his conflicts of interest are numerous and he has steadfastly refused to remedy the matter, even though some of these conflicts apparently violate the Constitution.

But it gets worse for Trump. According to the transition’s job application website, people hired by the Trump administration will have to accept that their dealings with the federal government during and after their service “will be significantly restricted to prevent possible conflicts of interest.” That’s an allusion to Trump’s plan to control lobbyists, but this provision, if applied to Trump, would probably restrict his ability to continue owning and operating his brand-new Washington, DC, hotel.

Fortunately for Trump, he doesn’t have to worry personally about such restraints. The conflict-of-interest rules that apply to every other high-ranking official in the federal government do not apply to the president. In an interview with the New York Times last week, Trump himself expressed surprise that he could get away with conflicts of interest so easily. “I’d assumed that you’d have to set up some type of trust or whatever and you don’t,” he told reporters. But that’s the law: Trump will be free to run his business empire while doing business as president, despite a flood of conflicts. He has made vague remarks about establishing some distance between himself and his financial interests by letting his three oldest children control the family business. Which means, as several ethics specialists have pointed out, this would not be a blind trust or any meaningful separation. The conflicts would remain.

The exception to conflicts for the president came about because of a 1989 ethics law passed under President George H.W. Bush that protects the president from conflict-of-interest rules. Why this occurred isn’t exactly clear. But the original reasoning behind this provision may have been that the president cannot really recuse himself from being president; consequently, he ought not to be governed by rules that could call for a recusal. So here we have Trump, via his transition website, demanding that government officials play by good-government rules that he himself is flouting.