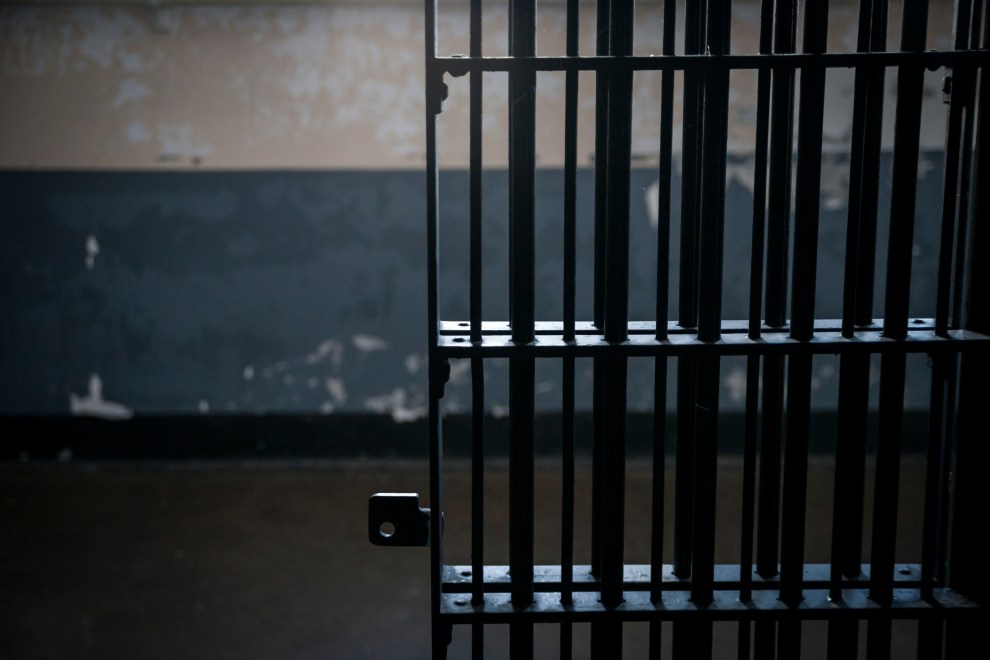 This story originally appeared on CiviLBeat.org.

Each year, Hawaii spends tens of millions of dollars to house prisoners on the mainland, a practice that it has maintained for more than 25 years.

But the state’s taxpayers are kept in the dark about much of what goes on at the Saguaro Correctional Center, a private Arizona prison where about 1,400 Hawaii prisoners are housed.

This year, we’ve been examining our prison system—including the mainland facility—in our investigative series, “Hawaii Behind Bars.”

But we’re still waiting for much of the information we requested months ago. Now, the Department of Public Safety wants $23,000 to give us records that should be readily available.

In February, we submitted a public records request, asking for a number of documents that would help us—and the public—better understand the Saguaro operation, which is handled by Corrections Corporation of America, a private prison contractor that owns and operates the Arizona facility. CCA’s problems at a number of its mainland facilities have been well-documented over many years.

In fact, Saguaro too has had a long history of problems under CCA’s management, including the murders of at least three Hawaii prisoners since 2010.

We wanted to find out about the level of violence at the prison beyond what has been reported in the media.

We wanted policies governing the use of force and disciplinary measures put in place to curb violence at Saguaro.

Still, eight months later, we’re nowhere near getting what we asked for. 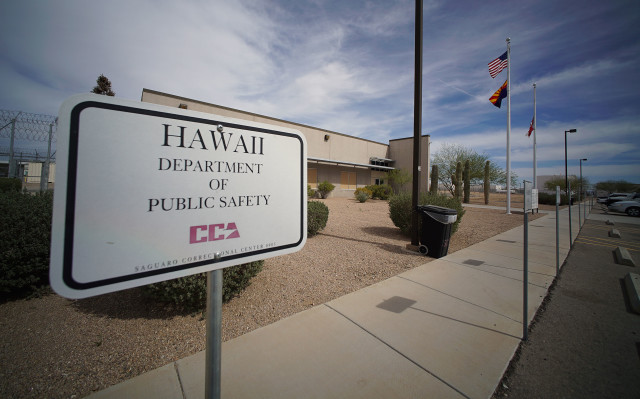 Hawaii has about 1,400 prisoners housed at the Saguaro Correctional Center in Arizona, but much of the prison’s operation is shrouded in secrecy. Cory Lum/Civil Beat

Here’s what’s happened since we sent in the request:

We spent several weeks working with Shelley Nobriga, the litigation coordination official at DPS in an effort to refine our request and make it easier for them to produce the records.

After exchanging emails and meeting twice with Nobriga, we agreed to focus on seven types of documents—including monthly reports submitted to the state by the Saguaro warden and the department’s on-site monitor.

That was late March. Under the Uniform Information Practices Act—Hawaii’s public records law—the department was required to respond within 10 business days with an estimate of the cost to fill the request and, if any information was going to be denied, the reason why.

But we didn’t hear anything from Nobriga by the deadline. We spent the next three months pestering her.

Finally, in late June, Nobriga responded. She said our request was being reviewed by the Hawaii Department of the Attorney General. A week later, we checked back with Nobriga and the attorney’s general office—but to no avail.

Then another six weeks of silence on the part of the state.

So in mid-September, we filed a complaint with Nolan Espinda, the director of public safety, reminding him that his agency’s response was long overdue.

A week later, Nobriga finally replied. She said the department would produce some of the documents we’d asked for. But not all.

Here’s what we’ve gotten so far:

• A copy of a certificate showing that Saguaro has been accredited by the American Correctional Association.

The rest of the public records DPS is willing to release will cost us $22,940.

Nobriga says the department will need 1,300 hours to search for the documents and make redactions, as well as copy an estimated 2,000 pages of documents.

In many states, the reports would be available immediately in electronic format, the click of a mouse button away. Hawaii has well-known challenges with its computer system, but still you’d think the reports would be neatly tucked away in a file cabinet somewhere, organized by date. Apparently not, or at least that’s what they tell us.

Here’s what they say it will take to produce records even DPS agrees are publicly available:

You do the math, but it looks like it will take DPS roughly three months just to find the reports we want and then another six months to go through them and black out the stuff they don’t think should be made public. And we’ve already been waiting eight months to get to this point.

And then there are records Nobriga says we simply can’t get, either because DPS believes it’s allowed to withhold them under the law or because the department just doesn’t have them.

In particular, Nobriga said any reports about the deaths of Saguaro prisoners would be off-limits, citing privacy exemptions and “the frustration of a legitimate government function.” She did not elaborate on what that function is or why releasing the reports on incidents that happened several years ago would be frustrating.

Nobriga also noted that the death reports would be exempted from disclosure under another provision, which limits the release of any reports relating to “upcoming, ongoing or pending” civil or criminal action. In one case, the cellmate of a Hawaii prisoner who was strangled to death in August 2015 is facing murder trial in Arizona.

Nobriga says DPS doesn’t have a copy of Saguaro’s use-of-force policy, even though CCA has submitted it twice to the state—when it bid on the contract to house Hawaii prisoners in 2011 and 2016.

Nobriga also says the department doesn’t have any reports about “disciplinary segregation” lasting more than 60 days, even though CCA is mandated under the contract to mail them to Hawaii at the end of each month.

“What you’re seeking is something that they should be proactively trying to put out there for free.”

Mateo Caballero, legal director of the American Civil Liberties Union of Hawaii, says the fees DPS is charging appear “excessive and wholly disproportionate in light of the type of reports requested.”

“By law, agencies are supposed to estimate fees in good faith,” Caballero said. “Fee estimates cannot and should not be a roadblock to transparency.”

The ACLU of Hawaii had its own run-in with DPS over UIPA noncompliance in 2013, when it brought a lawsuit on behalf of a San Francisco law firm, which had paid more than $5,300 in fees and waited nearly seven months for records—but to no avail.

Ultimately, the court ordered the department to produce some of the requested records and pay more than $25,000 in legal fees.

“Hawaii’s open records laws are expansive and clear,” Caballero said. “Agencies like the Department of Public Safety have an obligation to respond to requests for public records in a thorough and timely manner.”

Brian Black, executive director of The Civil Beat Law Center for the Public Interest, says the department could do more to speed up the process.

“It is a large request, and they had a lot of things to consider. But they stretched it farther than they needed to, and ultimately their response to you wasn’t cooperative at all,” Black said.

Black added: “What you’re seeking is something that they should be proactively trying to put out there for free. It’s not something they should try to conceal behind either time and money—two different ways that they have at their disposal to hide information.”

Nobriga declined to talk to us for this story.