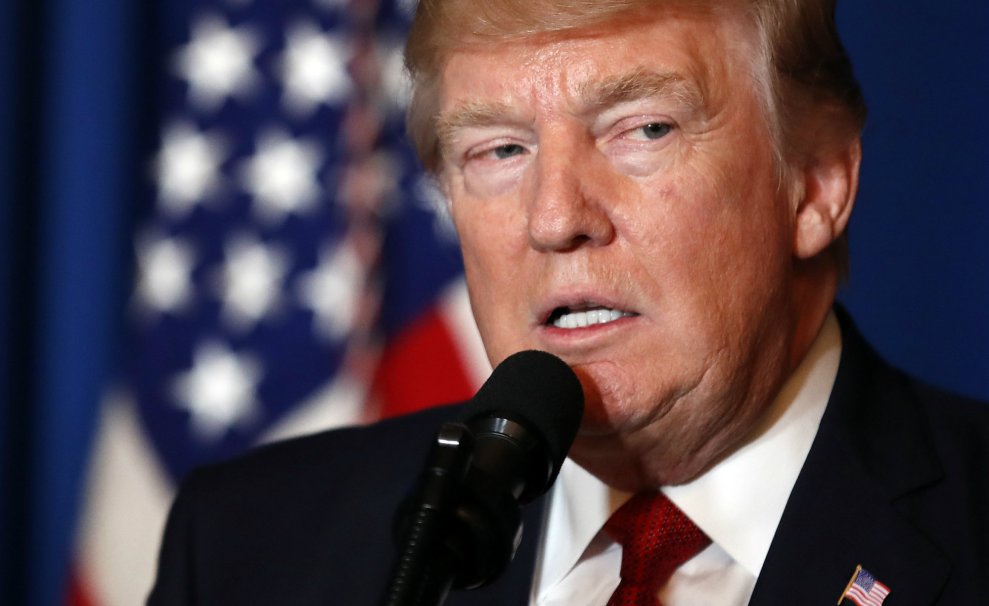 Some of President Donald Trump’s biggest supporters are going ballistic over last night’s strike in Syria, which the commander-in-chief ordered in response to the Syrian government’s chemical weapons attack on civilians earlier this week. Many on the far right say war simply isn’t what they voted for. White nationalist Richard Spencer accused the president of “betrayal.”

I guess Trump wasn’t “Putin’s puppet” after all, he was just another deep state/Neo-Con puppet.

I’m officially OFF the Trump train.

Trump vowed to stay out of the mess in the Middle East and focus on our own country. This is not what we voted for.

Anyone who claimed Trump had blind loyalty had a wake up call today. #NoMoreWars

My video on Trump, Syria, and the end of “America First.”#nowarwithsyria https://t.co/2qZ3TyyqOX

Of course, not all of Trump’s right-wing internet supporters are criticizing the strike:

Trump campaigned on “no war.” He just prevented the 3rd big one. Promise kept.

InfoWars conspiracy theorist Alex Jones appears ambivalent about the whole thing. One headline on Jones’ site Wednesday read, “REPORT: EVIDENCE MOUNTS THAT SYRIAN GAS ATTACK IS FALSE FLAG.” On his show, Jones has suggested that Trump is being deceived by the left on the Syria issue and even said today that president is “disintegrating in my eyes on so many levels.” At the same time, Jones has said that perhaps Trump does understand what is really going on in Syria and that the airstrikes were actually a brilliant geopolitical move. “We’ll see if this is a Machiavellian stroke of genius by Trump for the good, or whether he’s been manipulated by the neo-cons toward a wider war,” he said.

At least one Trump backer, internet super-troll Charles Johnson, claimed the United States may not have even attacked Assad, according to Politico:

Meanwhile, internet troll Charles Johnson was not prepared to accept that the U.S. really had struck at Assad, saying that a source at CENTCOM told him the strike had actually targeted the Islamic State. “I’m very skeptical of any claims made in the media on military matters,” he said. “Especially since the Iraq War.”

At the same time, reaction among Republican elected officials has been mixed—some have applauded the move, while others are criticizing him for not seeking Congressional approval first.

While we all condemn the atrocities in Syria, the United States was not attacked.

The President needs Congressional authorization for military action as required by the Constitution.

This action in Syria was appropriate and just.

Busy morning discussing military strikes in #Syria. The days of committing war crimes with impunity are over. #SyriaStrikes pic.twitter.com/NARxDQm02z

And then there’s Rush Limbaugh, who posted this on his website Wednesday evening: “My message to scared liberals: Syria lied to Obama and Kerry about getting rid of WMD…This attack was taken to uphold Obama’s honor. Trump’s ‘Red Line’ was lying to America’s first black president. Does that make it better?”