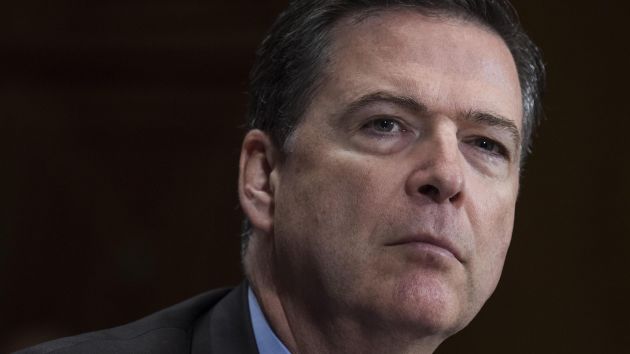 How else can one start an article about President Donald Trump summarily firing FBI chief James Comey?

On March 20, Comey appeared before the House Intelligence Committee and took the unusual step of publicly disclosing that his bureau had been investigating interactions between Trump associates and Russians since last July. This was a historic moment. First Comey said Trump’s allegation that President Barack Obama had wiretapped him in Trump Tower was complete bunk. Then he noted the bureau had been conducting a top-secret counterintelligence operation targeting people close to Trump. So the FBI chief was calling the president a liar and saying his associates were being probed. He was a threat to Trump and the White House.

“FBI agents value their integrity more than anything, and if nothing else, this is a challenge to the integrity of whatever investigation Trump is trying to stifle,” says former FBI agent David Gomez.

It’s hard to envision a more important and sensitive investigation than one focused on people linked to a president or one that looks at how Vladimir Putin covertly intervened in an American election to benefit the eventual winner. And now Trump has potentially upended these inquiries by firing the guy in charge. This is reminiscent of when President Richard Nixon dismissed Archibald Cox, the special Watergate prosecutor who was getting too close to the truth. Nixon canned Cox rather than cooperating with his investigation.

The Trump White House announced Comey was being fired at the recommendation of Attorney General Jeff Sessions and his deputy Rod Rosenstein—as if to suggest that this was not Trump’s initiative. But Sessions had supposedly recused himself from investigations related to the Trump-Russia scandal. Calling for the firing of the man supervising the investigation would seem to violate such a recusal.

The Justice Department duo contended that Comey deserved to be shown the door for his handling of the Hillary Clinton email server case—in particular, holding a press conference in July to say the case was closed but criticizing Clinton and then a week before the election notifying Congress that the investigation was being revived to review a new cache of Clinton emails found on a laptop belonging to disgraced former congressman Anthony Weiner. (Those emails ended up being a big nothing-burger.)

A three-page letter put out by Sessions and Rosenstein did not refer to the Russian investigations. It highlighted old criticisms of Comey related to the Clinton email case. But in a letter sent to Comey, Trump pointed out that Comey had thrice informed the president that he was not a target of the Russia probes. Clearly, the Russian matter was on Trump’s mind as he decided to pink-slip Comey. (An FBI director is appointed to a 10-year term, but he can be fired before finishing the stint.)

Trump’s action is a reversal from his previous bromance with Comey. Last October, Trump said “it took guts” for Comey to renew the Clinton email investigation. On January 22, a smiling Trump hugged Comey during a White House meeting and said with a chuckle, “He’s become more famous than me.” (What could be higher praise from Trump?) On April 12, Trump said he had confidence in Comey. On May 3, White House press secretary Sean Spicer reiterated that Comey had Trump’s support.

So what changed? Judging from his tweets, Trump seems to feel threatened by the ongoing Russia investigations, which have not faded. On Monday, a Senate hearing revealed that Trump’s White House did not quickly act in response to a warning that national security adviser Michael Flynn had lied about his conversations with the Russian ambassador and that Flynn was vulnerable to Russian blackmail. Testimony also showed that US intelligence had obtained information in late 2015 on interactions between Trump associates and known or suspected Russian agents. During that hearing, Rep. Lindsey Graham (R-S.C.) asked about Trump’s business ties to Russia, and former Director of National Intelligence James Clapper gave an answer that suggested US intelligence had looked into this. Hours after this hearing, Trump sent out a series of false tweets calling the Russia story a hoax and claiming (inaccurately) that Clapper had said there was no collusion between Trump’s campaign and Russia. The president was protesting too much.

Trump’s decision to terminate Comey cannot be separated from the Russia investigation. After all, his political and business associates were being probed by Comey. And there’s no telling how this move will affect this investigation. “FBI agents value their integrity more than anything, and if nothing else, this is a challenge to the integrity of whatever investigation Trump is trying to stifle,” David Gomez, a former FBI agent, tells Mother Jones.

After this brazen move, several Democrats tied it to the Russia investigation. Sen. Ron Wyden, a Democratic member of the Senate Intelligence Committee, tweeted, “Director Comey should be immediately called to testify in an open hearing about the status of the investigation into Russia and Trump associates at the time he was fired.” Sen. Mark Warner, the senior Democrat on the committee, issued this statement: “The administration insists there’s no ‘there there,’ yet President Trump has so far fired the acting Attorney General, nearly every U.S. attorney, and now the Director of the FBI. In addition, this President’s choice for Attorney General has been forced to recuse himself, and the National Security Advisor has resigned, as a result of undisclosed contacts with Russian officials. Now more than ever, it is vital that our ongoing investigation is completed in a credible and bipartisan way. We also need to hear directly from former Director Comey about the FBI investigation and related events.” And Sen. Chuck Schumer called for the appointment of a special prosecutor, noting that if Rosenstein does not appoint such an investigator, Americans will suspect “a cover-up.”

Trump now gets to appoint the next FBI director. How can anyone he places in this job be trusted to manage these sensitive Russia-related inquiries that may lead to Trump’s doorstep? Comey has been attacked by both Democrats and Republicans at different points. He had few political supporters in Washington. But Comey was independent of the White House and Sessions’ Justice Department. That gave him space to oversee the critical Trump-Russia inquiries. Trump has now obliterated that space and independence. That’s big trouble. And this is a crisis.