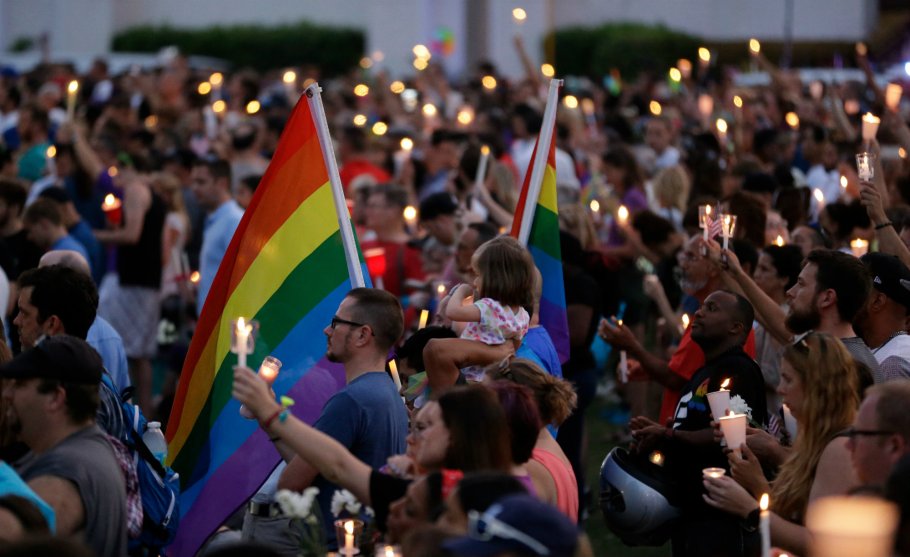 Last year was the deadliest on record for the LGBT community, according to the National Coalition of Anti-Violence Programs. Even excluding the 49 deaths from the Pulse Nightclub shooting in Orlando, the number of homicides was among the highest on record, at 28, according to the coalition, which tracks violence against the LGBT community. Transgender women of color were the victims of 61 percent of those cases. Last year, 17 transgender women of color were killed; this year, through June 6, 12 have already been killed.

Emily Waters, who analyzed the data for the study, says that the political climate has made LGBT people more vulnerable. “When we see the continuing rollbacks of protections for LGBTQ people and other marginalized communities, that incites a culture of violence and affirms those people who hold these biases,” she says. “The more and more that we see these types of discriminatory bills put forward or there’s more rollbacks of protections, the more likely that there’s going to be an increase in violence.” More LGBT people are reporting fear of violence to the coalition’s member programs this year, Waters says.

For the study, 12 organizations in the coalition collected information on 1,036 hate violence incidents from 2016 for what the group describes as the most comprehensive report on hate violence against LGBT and HIV-affected people. The most common forms of violence reported in the study—which encompassed more than the physical violence typically associated with hate crimes—were verbal harassment (20 percent), threats and intimidation (17 percent), and physical violence (11 percent). Of the incidents that included information about the perpetrator, 58 percent of reports involved someone the victim knew. Waters says it’s important to look at the ways these forms of violence overlap: Violence in the workplace, for example, puts victims at higher risk of intimate partner violence.

Police violence increased, from three percent of the reports where the survivor did not know the offender in 2015 to 10 percent last year. Black people were nearly three times more likely than others to be the victim of excessive force. “We have to not assume that police are going to be a safe option for LGBTQ people, particularly LGBTQ people of color, and ensure we are investing in other types of solutions to violence that don’t require survivors to interact with police,” Waters says. This comes at a time when activists in some cities are protesting the police presence in LGBT pride parades, arguing that transgender communities and queer communities of color are targeted by law enforcement.

Young people are reporting more harassment online, a trend Waters finds alarming because the internet has been a place for LGBT people to find support. “So that more and more people are reporting that they’re experiencing violence online means that those spaces that have traditionally been a source of support for LGBTQ people are possibly now becoming more violent,” she says. The study also found more reports of harassment against transgender people and Latinos on the internet.

In addition to the report, the coalition released a guide to combating violence against LGBT communities. It calls on people to oppose anti-LGBT legislation, such as measures to keep transgender people out of the bathrooms that align with their gender identity and to allow discrimination on the basis of religious freedom. “These bills incite violence by saying that discriminatory beliefs hold more value than the lives and safety of LGBTQ communities,” the guide explains.