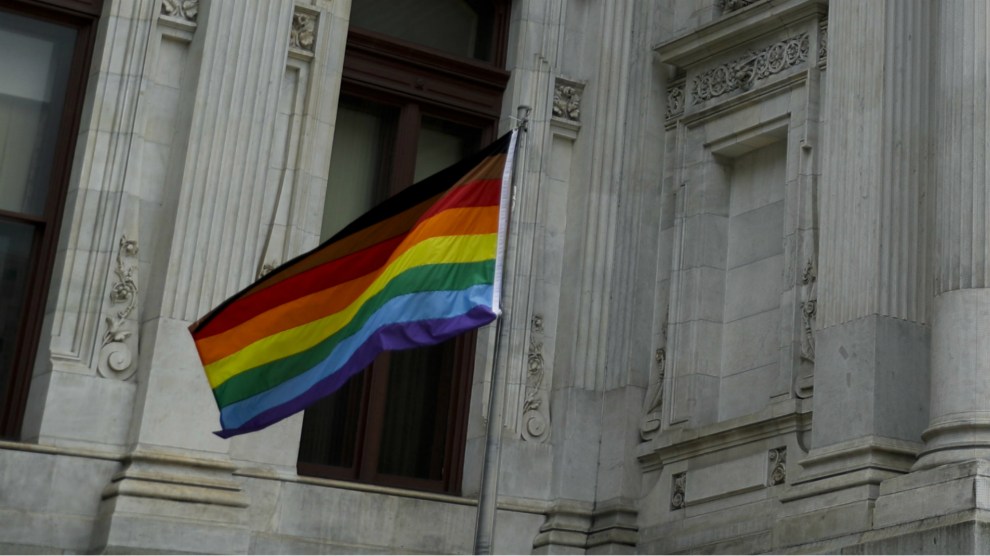 A report released last week reveals bias against LGBT employees of color who are working in the nonprofit sector, even in organizations that specifically serve the LGBT community.

The Building Movement Project, which provides research and training tools to help nonprofits better connect with the communities they serve, set out to examine attitudes and practices around sexuality and race in the nonprofit sector. They were interested in understanding how race affects the career opportunities of minorities and how sexuality also affects professional advancement. They then present possible solutions that could reduce the gaps between white and nonwhite advancement at both LGBT and non-LGBT oriented nonprofits.

Their report, Working at the Intersections: LGBTQ Nonprofit Staff and the Racial Leadership Gap finds that when it comes to professional advancement, even within explicitly LGBT-focused organizations, LGBT people of color face more challenges compared to their white counterparts or straight people of color.

“In today’s political climate, nonprofits and philanthropic organizations are increasingly serving as agents of change on social issues affecting our country and the LGBTQ community,” Sean Thomas-Breitfeld, co-director of the Building Movement Project and a co-author of the report, told the San Diego LGBT Weekly. “That’s why the sector as a whole needs to recognize and address its own racial biases in a way that acknowledges LGBTQ people of color’s multi-faceted identities.”

In 2016, the Building Movement Project sent out its “Nonprofits, Leadership, and Race” online survey, which asked nonprofit staff and board members about their own organizations, their personal and professional backgrounds and career plans, “and their perceptions on leadership and race in the nonprofit sector.” Approximately 4,385 people—representing nonprofit organizations ranging from those that provide human services to advocacy groups—responded to the survey, the results of which were first included in a 2017 report that focused on the barriers people of color face when seeking career advancement at nonprofits. Of that group, the 921 respondents who self-identified as LGBT in their responses were then asked to answer an additional set of questions on their opinions of LGBT organizations, and the state of the broader movement.

Those responses revealed that in addition to the racial barriers faced by LGBT people of color, roughly 21% of LGBT respondents said that their sexual orientation had negatively affected their career advancement. They pointed to great disparities in LGBT non-discrimination laws in states across the country and reported levels of fear and frustration about the way anti-LGBT attitudes have affected their careers. The report noted the “intensity of the write-in responses… reflected a real problem with biases against LGBTQ people in too many nonprofits.”

The nonprofit industry is often regarded as generally more progressive than the private sector, so “it was a little disappointing to have the nonprofit sector not be any better,” when it comes to the experiences of LGBT people, Thomas-Breitfeld, the report’s author, tells Mother Jones, adding that many of the findings are supported by broader polls of the LGBT people in the workforce conducted by other organizations.

The authors offer a number of solutions and point out that addressing racial disparities is a crucial step in increasing diversity at nonprofits and helping LGBT people of color. However, because many LGBT respondents working at non-LGBT organizations reported discrimination, the authors also note that the nonprofit sector must also work to reduce anti-LGBT bias.

Finally, the report found that many LGBT organizations involved in the fight for marriage equality benefitted from increased funding. But groups that focus on other issues, some of which have affected LGBT people of color, often failed to receive as much attention.

“Mainstream LGBTQ nonprofits may have well-intentioned racial equity or diversity values on paper but often do not have funding or resources to make formal organizational commitments to align those values with their organizational practices and structures,” the report notes. Thomas-Breitfeld suggests that with same-sex marriage now affirmed by the Supreme Court, more funding could be used to advance causes that affect LGBT communities of color and support minority-led organizations.

Moving forward, nonprofit groups must recognize that increasing opportunities for LGBT people of color is a difficult process, says Clarence Patton, the executive director of the Pipeline Project, a group that works to increase diversity and inclusion of people of color in LGBT organizations, and someone who reviewed the Working at the Intersections report. “There isn’t going to be a day when boom, they’re done,” he says. “One of the reasons that the institution is not [already] diverse and inclusive is because movement towards this is not one of comfort. If it were comfortable, they would have done it already.”