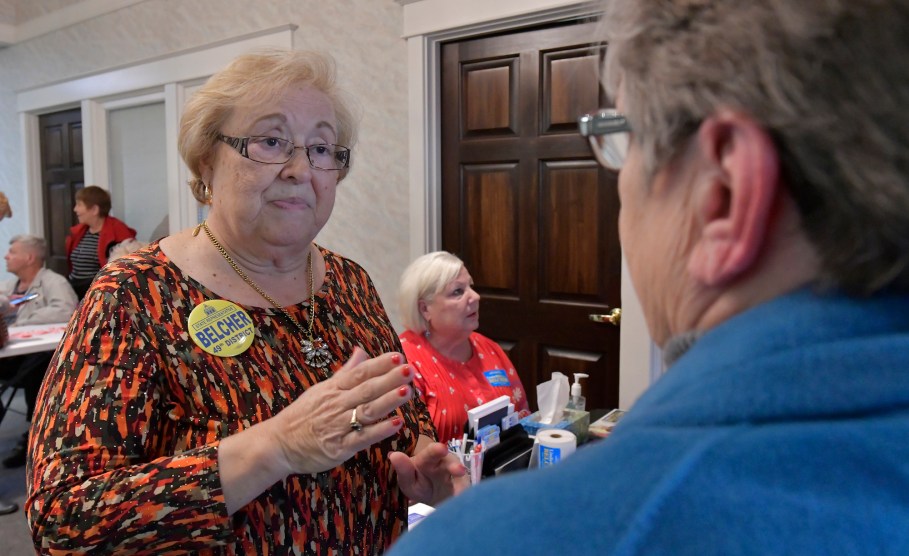 Voters in Bullitt County, a Kentucky district south of Louisville that went heavily for Trump in 2016, just elected a Democrat to fill a House seat left vacant by a legislator who committed suicide amid allegations of sexual assault.

On Tuesday night, Linda Belcher beat Republican Rebecca Johnson by an almost 37-point margin—an 86-point swing from Trump’s victory. The House seat that represents the state’s 49th District has been vacant since December, when Republican Rep. Dan Johnson committed suicide after the Kentucky Center for Investigative Reporting published a story in which Johnson was accused of molesting a 17-year-old girl at the church where he served as pastor. (Johnson denied the allegations and initially refused to step down, even without the support of Republican leadership in Kentucky.)

The day after his death, his widow, Rebecca Johnson, announced her candidacy for the seat. She faced off against Belcher, a former teacher and school administrator who had previously held the seat under strikingly similar circumstances: Belcher ran for the post after her husband, Rep. Larry Belcher, died in a car crash in 2008.

Although Trump won by a 49-point margin in 2016, the district isn’t reliably red—Democrats have held the state House seat for six of the last 10 years, and the last three elections have been won by a margin of six points or fewer. Johnson was elected to the seat in November 2016. He beat then-incumbent Belcher by less than one point by riding the red wave that gave Republicans control of Kentucky’s state House for the first time in nearly a century.

The race has been one of several special elections held as a result of #MeToo movement, which has led to resignations of men accused of sexual misconduct in statehouses across the country. As in states facing similar vacanies, Kentucky Democrats poured their resources into KY-49 and helped Belcher raise four times as much money as Johnson. While campaigning, Belcher made little mention of the circumstances under which she sought elected office. Johnson denounced the allegations against her husband as “high-tech lynchings based on lies and half-truths.”

Belcher’s win comes a week after Democrats captured a seat in Florida’s state House, which brings the grand total of seats flipped from red to blue to 37 since Trump took office. While additional GOP victories in Minnesota, Georgia, and Oklahoma may have suggested a slowing momentum for the blue wave, Belcher’s victory—alongside a modest 1.3-point gain in the generic ballot poll—restores some confidence among Democrats looking for a strong showing in the 2018 midterm elections.