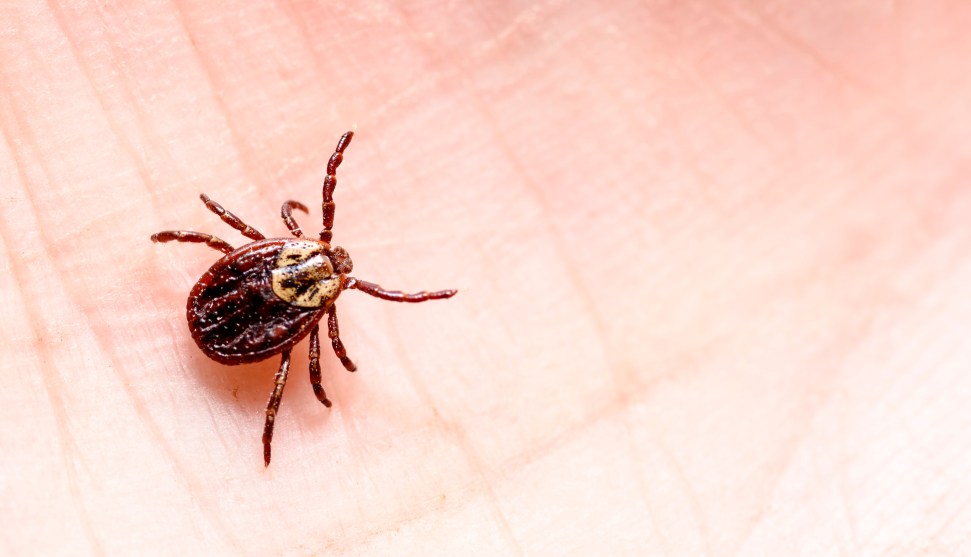 Get out the bug spray: Diseases carried by insect “vectors” such as ticks, fleas, and mosquitos are on the rise in the United States. The Centers for Disease Control and Prevention (CDC) reported this week that cases of vector-borne diseases tripled from 2004 to 2016. And over that time period, as global travel has increased, eight new diseases have emerged here, including Zika and chikungunya.

Although some of the spike is probably due to increased disease surveillance, the threat, the report’s authors note, is becoming increasingly urgent—even as funding to fight vector-borne diseases remains dangerously inadequate: Four-fifths of control agencies “lack critical prevention and control capacities,” according to the report.

The number of Lyme disease cases in New York state have roughly quadrupled since the 1990s.

Mostly, the work of controlling vector-borne infections falls on state and county health departments. In addition to running insect-control programs and educating the public about how best to avoid getting bitten, local public health officials must evaluate every reported case, says the New York Department of Health’s Bryon Backenson, an epidemiologist who has been studying tick-borne disease for 26 years. At the beginning of his career in the early 1990s, Backenson recalls, New York state had about 2,000 annual cases of Lyme disease, a tick-borne illness that can cause serious neurological damage if not treated promptly. Now the state averages 7,000 to 8,000 infections per year. “That’s where the burden comes in,” he says. “That volume is a substantial amount of work.” The CDC does provide some funding “for epidemiology and lab capacity,” but “the sheer number of cases is a concern.”

William K. Reisen, an emeritus medical entomology professor in the School of Veterinary Medicine at the University of California-Davis, points out that because insect control efforts are often funded by property taxes, sparsely populated areas are particularly hard hit. “For West Nile virus, some of the highest incidence is in the Dakotas—well, no one lives there hardly,” he says. “So it’s hard to get the money to control those mosquitoes.”

Another problem, says Chris Barker, a UC-Davis epidemiologist who directs the Pacific Southwest Regional Center of Excellence in Vector Borne Diseases, is that funding ebbs and flows with outbreaks. When West Nile first hit the United States in 1999, he says, there was an influx of support, but it dried up after a few years. Fast forward to 2012, when West Nile cases spiked again. “A lot of the places that had the highest number of cases had let their programs erode because there hadn’t been an outbreak for a while,” Barker told me.

The federal government has stepped up its efforts in the last few years. In 2016, Congress authorized the CDC to use an additional $350 million to fight the mosquito-borne Zika virus—the agency used some of that money the following year to launch five new research centers to study vector-borne diseases. Congress also established the Tick-Borne Disease Working Group in 2017.

West Nile hospitalizations have cost nearly $800 million since 1999. The budget for the CDC’s vector-borne disease division is less than $50 million.

Yet there’s a long way to go, experts say. No one really knows exactly how much vector-borne illnesses cost the nation, because so many cases go unreported. But CDC spokesman Benjamin Haynes told me the annual estimated cost for Lyme tests alone is about $492 million. Since 1999, he added, the costs associated with hospitalizing people sickened by West Nile are estimated at $778 million. Yet in 2018, the budget for CDC’s Division of Vector-Borne Diseases is less than $50 million, with $10.6 million of that dedicated to Lyme disease.

That’s a paltry sum, points out Maria Gomes-Solecki, a University of Tennessee immunologist who has worked on a Lyme vaccine, for a disease with an estimated 300,000 cases a year,  By comparison, she notes, in 2017 the CDC spent $789 million on HIV, of which there were less than 40,000 new diagnoses. The contrast is even starker at the National Institutes of Health, whose estimated 2018 budget allocates $2.5 billion for HIV and just $22 million to Lyme. Kirby Stafford, Connecticut’s chief entomologist and Barker’s institutional counterpart in the Northeast, added in an email: “Funding for Lyme disease and other tick-borne diseases has lagged for years compared to other diseases, given the number of people impacted.”

Congress’ working group is expected to issue its first report in December, which will inform future spending decisions. “Ultimately, progress will depend on the support of our legislators and Congressional appropriations,” Stafford says. The experts I spoke with were adamant that sustained funding—not just in emergency situations—is of paramount importance. “These diseases are prone to cycles,” Barker says. “That expertise needs to remain in between the outbreaks.”