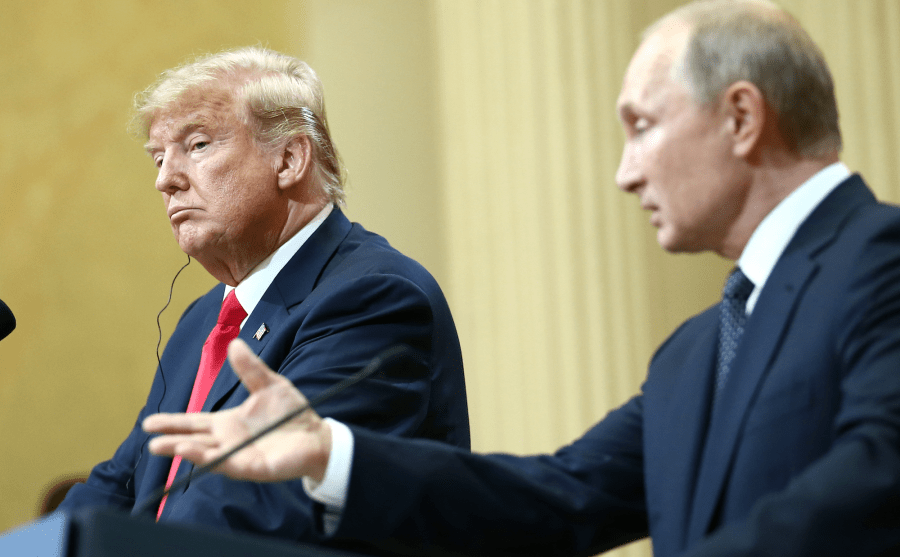 In a startling announcement Tuesday, Microsoft revealed that the same Kremlin-backed military intelligence unit believed to have carried out the 2016 hacking of the Democratic National Committee attempted last week to target the US Senate and conservative think tanks that have broken with President Donald Trump.

While the company said those efforts by Russia’s “Fancy Bear” hackers were ultimately thwarted through a court order that provided it control of six suspicious domains that were created to steal personal information and passwords, Tuesday’s alarming disclosure comes as only the most recent example in recent weeks of detected attempts that appear intended to influence the fast-approaching November elections. These known efforts have largely targeted vulnerable Democrats, contradicting Trump’s staggering insistence last month that Russia is fighting “very hard” against Republicans this year.

Already facing an uphill battle for reelection in a state that overwhelmingly voted for Trump, Claire McCaskill (D-Mo.) confirmed a Daily Beast report that “Fancy Bear” had attempted to hack into her office’s computer network. “While this attack was not successful, it is outrageous that they think they can get away with this,” McCaskill said in a statement. “I will not be intimidated. I’ve said it before and I will say it again, Putin is a thug and a bully.”

The attack on the Missouri senator, which was first detected and brought to the attention of McCaskill’s office by Microsoft, marked the first known target of the midterm elections.

When asked about the unsuccessful hacking attempt into McCaskill’s computer network during an appearance on CBS’s Face the Nation, Sen. Jeanne Shaheen (D-N.H.) revealed that her office had also detected suspicious phishing scams. She said the situation was eventually turned over to authorities. “We’re hearing that this is widespread with political parties across the country, as well as with members of the Senate,” Shaheen said. “So this is a very big issue and it’s something that we need to address in a bipartisan way.

Sen. Bill Nelson (D-Fla.), who is similarly facing a tough reelection bid against Republican Gov. Rick Scott in the swing state of Florida, revealed to the Tampa Bay Times that Russian hackers had gained access to the state’s election systems. “They have already penetrated certain counties in the state and they now have free rein to move about,” Nelson told the paper.

In turn, Scott accused Nelson of either leaking classified information or “simply making things up.” He demanded that Nelson provide further information to back the hacking claims. On Friday, Nelson tweeted an NBC report with the headline “Bill Nelson wasn’t making things up when he said Russians hacked Florida election systems” that appeared to do just that:

Documents obtained by Rolling Stone revealed that for the past year the FBI had investigated numerous cyberattacks—some successful—that targeted Hans Keirstead, a Democratic challenger of Rep. Dana Rohrabacher (R-Calif.), widely referred to as “Putin’s favorite congressman.”

After coming in third in the state’s June 5 primary, Keirstead went on to endorse fellow Democratic candidate Harley Rouda to face Rohrabacher. But Keirstead’s campaign said it was now publicizing the hacking efforts in order to sound the alarm and warn voters. “It is clear from speaking with campaign professionals around the country that the sustained attacks the Keirstead for Congress campaign faced were not unique but have become the new normal for political campaigns in 2018,” campaign manager Kyle Quinn-Quesada told Rolling Stone.

In a situation similar to that of Keirstead, sources told Reuters that the FBI was investigating a successful cyberattack against David Min, a Democratic congressional candidate in California’s 45th congressional district who was ultimately defeated in the state’s June primary. A source later told CNN that the DNC had described the attack as one of the most “sophisticated” it had witnessed this election cycle.