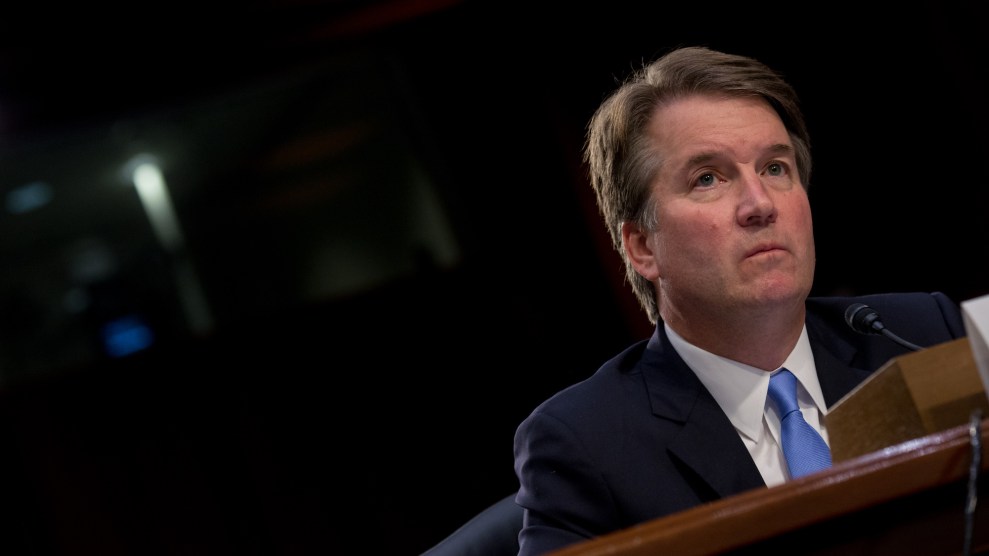 Lawyers for Christine Blasey Ford have reached an agreement with the Senate Judiciary Committee, She will testify before the panel on Thursday, according to reports Saturday evening. This ended days of public negotiations between Ford and the panel over the timing her testimony. The sparring left it uncertain whether Ford would, in fact, appear to detail her accusation that Trump’s Supreme Court nominee, Brett Kavanaugh, had sexually assaulted her when they were in high school. Kavanaugh, who denies Ford’s allegations, will also testify Thursday.

Thursday’s date represents a concession by Senate Judiciary Chairman Chuck Grassley (R-Iowa). He had originally insisted that Ford would have to appear Monday or not at all. Grassley’s aides, staffers for the committee’s top Democrat, Sen. Dianne Feinstein (D-Calif.), and Ford’s lawyers were in contact Sunday morning to continue negotiations over other aspects of the hearing, the New York Times reported. Republicans continue to resist additional requests by Ford and her attorneys, refusing to ask the FBI to reopen their background review of Kavanaugh to investigate Ford’s claims.

But Republicans on the Judiciary Committee are working without the FBI to try to discredit the allegations by Ford, a psychology professor in Northern California. On Saturday, they released a statement by Leland Keyser, a woman they assert is one of five people Ford has said she recalls attending the party where she was attacked. Keyser, through an attorney, said she “does not know Mr. Kavanaugh and she has no recollection of ever being at a party or gathering where he was present, with, or without, Dr. Ford.” Two other men believed to have been at the party, Mark Judge and Patrick Smyth, have also said they don’t recall the events Ford described.

Senate Republicans have made it clear that even as they allow Ford to appear, they will continue to back Kavanaugh and intend to confirm him as quickly as possible. That entails winning the votes of key GOP senators, especially Sens. Susan Collins (R-Maine) and Lisa Murkowski (R-Alaska). Republicans hope to reassure those wavering senators by establishing a process that the senators view as fair to Ford, even as it allows Kavanaugh to mount a successful defense.

On Saturday, Grassley announced he was giving Ford more time to negotiate the details of a hearing in a bizarre tweet addressed to Judge Kavanaugh in which the senator described his dealings with Ford apologetically. “I hope u understand,” Grassley wrote. “It’s not my normal approach to b indecisive.”

Judge Kavanaugh I just granted another extension to Dr Ford to decide if she wants to proceed w the statement she made last week to testify to the senate She shld decide so we can move on I want to hear her. I hope u understand. It’s not my normal approach to b indecisive

The Washington Post reported Saturday that Kavanaugh is practicing for next week’s hearing with a dozen White House aides, who are role-playing Judiciary Committee members and quizzing Kavanaugh on such topics as his sex life and drinking habits. The report said Kavanaugh grew frustrated and refused to answer some questions he deemed too personal. During the practice sessions the judge practiced striking a balance, the Post reports: He condemned sexual assault but worked to avoid directly discrediting Ford.

The Post also reported that Kavanaugh, in call a early last week, told Sen. Orrin G. Hatch (R-Utah) that Ford had the wrong person in mind. That appears to be part of a strategy to raise doubts that the attacker was Kavanaugh, rather than question the veracity of Ford’s traumatic experience. This conversation with Sen. Hatch raised questions about whether Kavanaugh was involved last week’s offensive by conservative activist Ed Wheelan, suggesting that Ford had confused Kavanaugh with another high school student. In a series of since-deleted tweets, Wheelan appeared to accuse that former student of attempted rape. Wheelan has denied that Kavannaugh and the White House were involved his advancement of that theory. But Democrats are expected to ask Kavanaugh about it on Thursday.