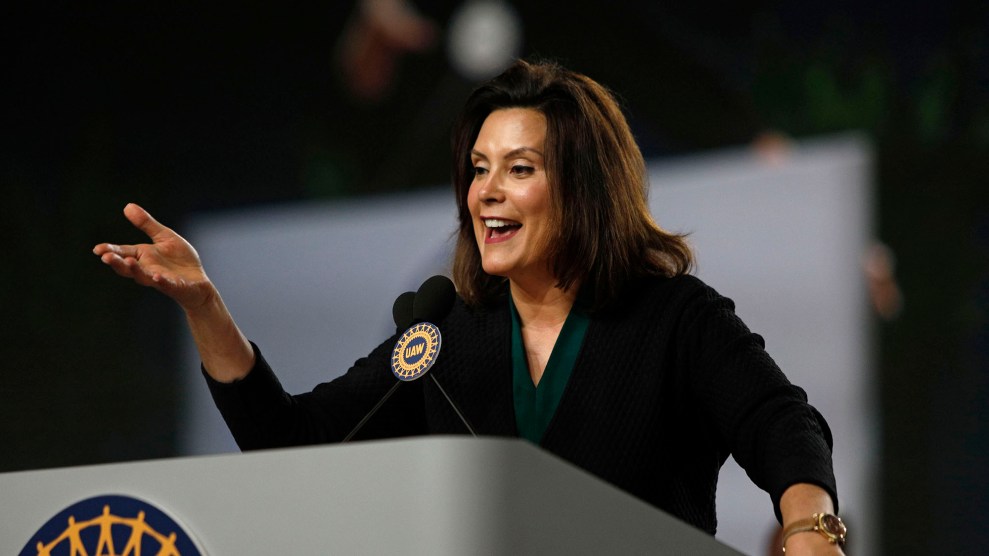 Gretchen Whitmer, who had served two terms as a Democratic representative and senator in the Michigan statehouse, is going to be the state’s next governor. After leading in the polls by wide margins for much of the race, Whitmer sealed her victory over Republican opponent, Bill Schuette, the state’s attorney general on Tuesday night.

Whitmer will be state’s second female governor. The Democrat, who campaigned on environmental issues and fixing the state’s crumbling infrastructure, is replacing term-limited Republican Gov. Rick Snyder, who spent much of his second term fielding criticism about the Flint water crisis. After his appointed emergency city managers oversaw a water switch from Lake Huron to the Flint river in 2014, lead-poisoned water began coming out of the taps across homes in the city, leading to poisoned children and the deaths of at least 12 people from Legionnaire’s disease.

The governor-elect has been a longtime critic of the Republicans and told the Detroit Free Press that their handling of the crisis was her motivation for running. “The Flint water crisis was my last straw,” she said. “The horrifying failure of government and what it means to people were the things that push me to a place where I made this decision.”

Earlier this year she tweeted that emergency managers, a governor-appointed official picked to oversee a city, were to blame for the Flint water crisis.

Although Schuette launched the investigation into the crisis, he has still faced criticism for his role. In the days leading up to the election, Whitmer blamed Schuette for initially ignoring complaints from Flint residents as attorney general. During the Republican primary this summer, Schuette’s opponent Lt. Gov. Brian Calley accused Schuette of using the Flint prosecutions for his own political gain.

Michigan went for Trump in 2016, but only by just over 11,000 votes. While Schuette aligned himself closely with the president and earned an endorsement on Twitter in the early days of his campaign, Whitmer repeatedly criticized the president and sought to tie her opponent to his extreme agenda. And it looks like it paid off.