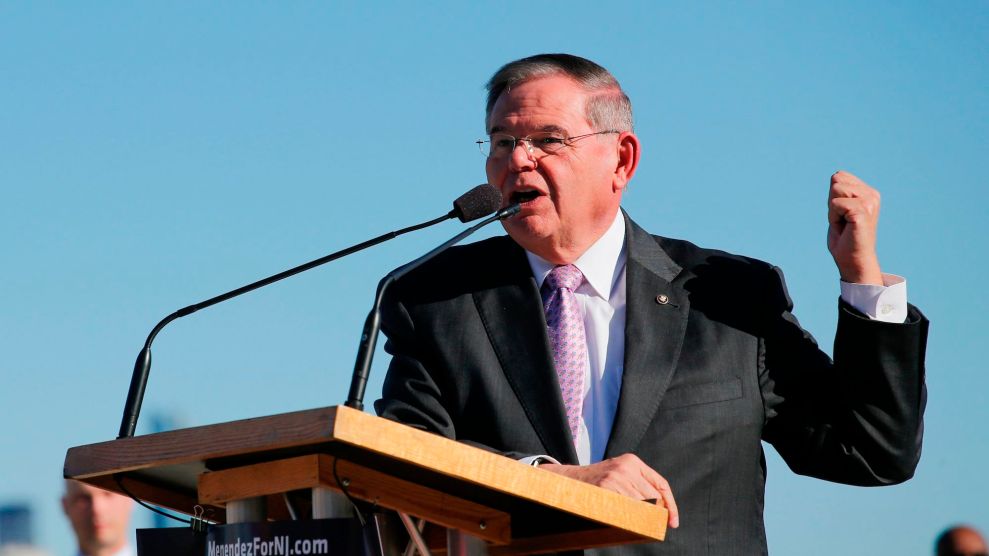 Overcoming corruption allegations, Sen. Robert Menendez (D-N.J.) held on to win reelection on Tuesday, according to multiple networks. His victory was costly for Democrats, though: The party and its allies were forced to spend heavily in blue-leaning New Jersey to bail out the veteran senator.

Menendez edged out Bob Hugin, a former pharmaceutical executive, who spent more than $35 million of his personal fortune on the race. Much of Hugin’s warchest went toward a barrage of negative ads highlighting federal charges that Menendez abused his office to do favors for a wealthy campaign donor in exchange for lavish gifts.

In a state with 900,000 more registered Democrats than Republicans, Menendez’s unusually close race looks attributable to the lingering taint of corruption allegations against him. In 2015, federal prosecutors charged Menendez with taking various steps to help a wealthy campaign donor, Florida ophthalmologist Salomon Melgen, in exchange for campaign donations and gifts, such as airplane tickets to luxurious locales and free vacations. Menendez, who served as chairman of the Senate Foreign Relations Committee, pressured the State Department to help secure US visas for women that Melgen dated. Menendez also attempted to pressure the Secretary of Health and Human Services, Kathleen Sebelius, over a Medicare billing policy that Melgen believed cost him money. Melgen was later convicted of Medicare fraud and sentenced to 17 years in prison.

The federal case against Menendez ended in a mistrial last year after a jury failed to reach a verdict. A judge later acquitted Menendez of seven charges. The Justice Department dropped the rest. But in April, the Senate Ethics Committee admonished Menendez for accepting gifts of significant value from Melgen while using his status as a senator “to advance Dr. Melgen’s personal and business interests.”

The victory came at a cost for Democrats. Party leaders repeatedly stuck by Menendez despite his ethics woes, a result that drew sharp criticism as he wobbled late in the race. Senate Democrats last year allowed him to return to the top post on the foreign relations committee following his mistrial. And Democrats spent heavily down the stretch in an expensive media market to prop up Menendez’s campaign, burning dollars that could instead have helped other endangered Democrats. Democratic super PACs spent more than $10 million on the race. Menendez, usually a prolific fundraiser, was restricted by his partial focus on raising more $5.1 million for a legal defense fund used to cover payments to his attorneys.