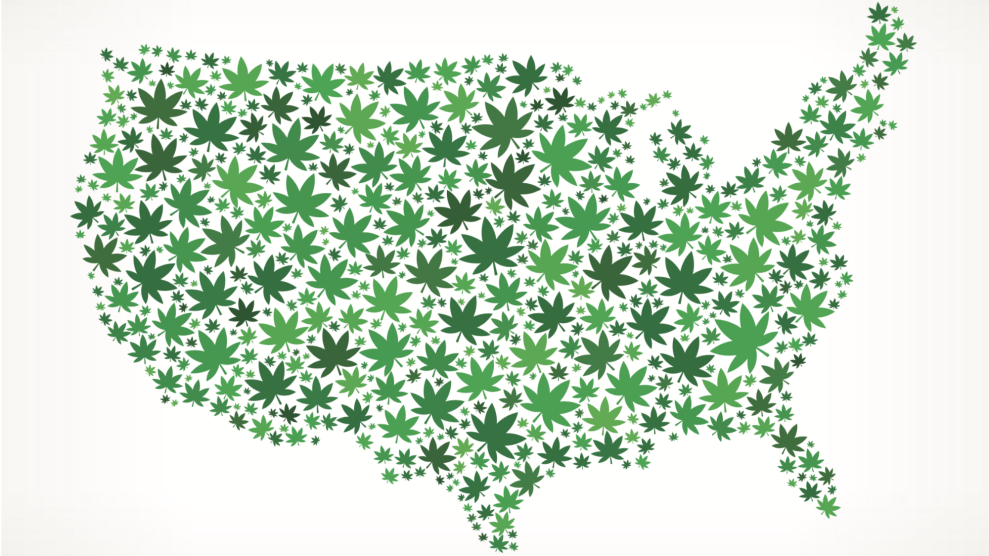 During a House Rules Committee debate in January, the chairman, Rep. Pete Sessions (R-Texas), was blunt. “I, as probably everybody in this rooms knows, have a strong opinion on drugs, illegal drugs, alcohol,” Sessions said while members argued over an amendment that would protect states with legal cannabis from federal interference. “Marijuana is an addictive product, and the merchants of addiction make it that way. They make it for addiction. They make it to where our people, our young people, become addicted to marijuana and keep going.”

While mostly false—marijuana has been shown to be mildly addictive, but many patients rely on it as a medicine to treat chronic pain and other ailments—it was a pretty typical statement from the congressman. Having served more than two decades in the House, Sessions had become a powerful, if not the most influential, opponent of marijuana on the Hill, halting dozens of measures related to legalization. But on Tuesday, he lost, and lost pretty big—by more than 6 points—to his Democratic challenger, civil rights attorney Colin Allred, to represent Texas’ 32nd District.

In addition to losing Pete Sessions, Washington rid itself of the other Sessions last week—now-former Attorney General Jeff Sessions (no relation)—and with that, two of the biggest roadblocks to legalizing marijuana are finally gone, boosted by a blue wave that took the House and, in turn, created a more friendly environment for marijuana. Now, advocates are planning their attack.

With Democrats in control of the House, “the debate we’re going to have is not should we legalize, but how we’ll legalize marijuana,” an optimistic Michael Collins, interim director of national affairs at the Drug Policy Alliance, tells Mother Jones. “We’re closer than we’ve ever been.”

Already, 33 states have medical marijuana laws on the books, 10 allow adult recreational cannabis use, and 66 percent of the country supports legalizing marijuana, according to an October Gallup poll, including more than half of Republicans.

“Marijuana law reform is not a ‘red’ or ‘blue’ issue, it is a nonpartisan position favored by most Americans, including those residing in the heartland of America,” Paul Armentano, deputy director of marijuana advocacy group NORML, tells Mother Jones.

Even still, Congress has failed to pass any meaningful marijuana legislation in the past few years, and in the House, that was in large part due to Rep. Sessions. In a blog post on Election Day, NORML political director Justin Strekal called Sessions the “single greatest impediment” in the chamber to the passage of “common-sense, voter-supported marijuana law reform measures.” According to analysis by Tom Angell at Marijuana Moment, a cannabis news site, the House Rules Committee has blocked marijuana law reform proposals in at least 34 instances just in this congressional session, which began January 2017. During his career as rules committee chair, beginning in 2013, Sessions thwarted amendments that would have expanded research on medical marijuana, allowed Native American tribes to participate in the cannabis industry, and enabled the federal government to tax marijuana sales, among other proposals, according to Angell.

“[Sessions] made it clear from day one of his House tenure that no marijuana amendments would be heard on the House floor,” Armentano says. “He kept that promise.”

Another key marijuana opponent, Rep. Bob Goodlatte (R-Va.), is also retiring in January. As chairman of the House Judiciary Committee, Goodlatte controlled the fate of bills relating to criminal justice. He blocked several pieces of cannabis legislation during his tenure, including the 2018 STATES Act, which would have officially protected states with marijuana laws from federal punishment, and was supported by President Donald Trump. (The president has actually voiced support for states’ right to regulate cannabis independently.)

Replacing this old guard will be more than two dozen cannabis-friendly candidates who won their races, including Allred. “I support the use of medical marijuana as an alternative to the habit-forming opioids that have become a national crisis,” Allred told Politico in March. “This common-sense approach to alternative treatments has been opposed by Pete Sessions, and is something I will fight to expand.” In Virginia’s 6th District, Goodlatte will be succeeded by Republican Ben Cline, who has sponsored and passed progressive marijuana legislation in the Virginia House of Delegates.

Advocates say they are eager to work with these members to pass any and all legislation they can. Some of their biggest goals include securing access to marijuana for veterans, allowing banks to accept money from state-legal cannabis businesses, and de-scheduling weed from its Schedule 1 status (the same category as heroin, LSD, and ecstasy), Armentano says.

“We’ve taken out a big opponent of marijuana and the House has flipped,” Collins adds. “There’s a world of possibilities out there for marijuana reform.”

And with Attorney General Sessions out, advocates are hopeful Trump’s new appointee will recognize where the public stands on marijuana and be open to the possibility of reform. “Sessions, no doubt about it, was a disaster on drug policy,” says Collins. “[He had] very regressive positions on marijuana legalization, sentencing, and the opioid epidemic, and we’re glad to see the back of him.”

Boosting advocates’ hopes even further, Election Day saw plenty of other victories for marijuana. Michigan approved recreational cannabis, while Missouri and Utah—both red states—passed ballot measures that will legalize medical marijuana. (Though, as I recently wrote, Utah lawmakers and backers of the ballot measure, under rather unique circumstances, agreed to pass a “compromise” bill ahead of the election no matter the outcome of the vote.) And in Florida, voters passed Amendment 4, restoring voting rights to up to 1.4 million disenfranchised felons in the state, including tens of thousands convicted of marijuana-related offenses, according to NORML.

Of course, there are still plenty hurdles left to jump—the Senate and White House are still under Republican control, and there’s nothing to indicate a new attorney general will actually be more friendly to legalization—but advocates again emphasize that cannabis legalization isn’t, or shouldn’t be, a partisan issue, especially because Trump has supported states making their own decisions about weed.

But either way, advocates are doing their best to ensure that opposing legalization isn’t a winning strategy. “Opposition on this issue—you’re on the wrong side of history,” Collins says. “There’s a train coming in your direction, and it’s best to get on board.”