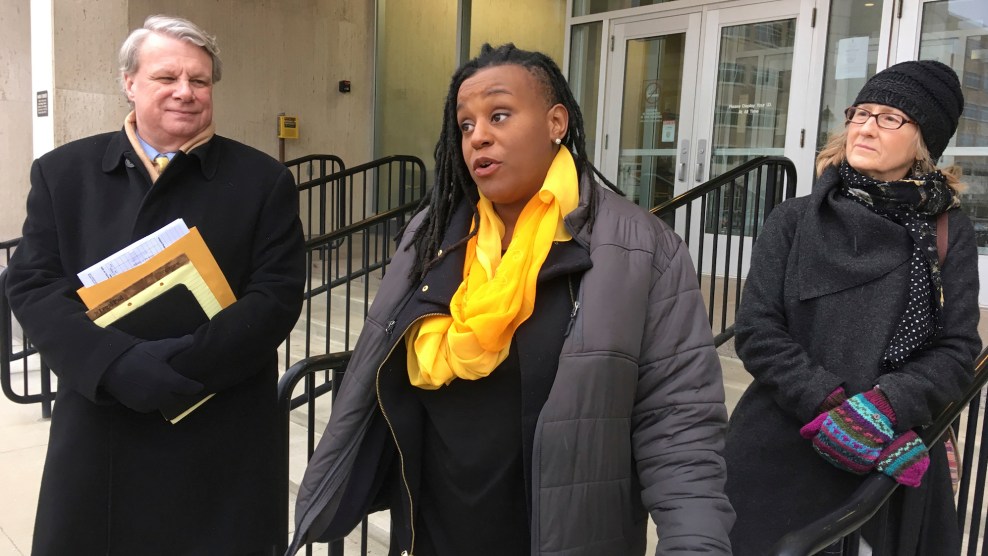 Late this summer, it seemed almost inevitable that Michigan would be one of a handful of states this election cycle to pass ballot initiatives to increase the minimum wage and require paid sick leave. Both proposals received more than the required number of signatures to get on the ballot. But in early September, the state Legislature preempted the ballot measures and adopted the proposals. What would have seemed like a win for organizers quickly brought concern. Advocates feared that the Republican-controlled state Legislature had only made the decision so it could gut those new laws in the lame-duck session following the election.

And they were right. With just weeks before their majority dwindles in the state’s House and Senate and Michigan’s Republican Gov. Rick Snyder is replaced by Democrat Gretchen Whitmer, the GOP-stacked Legislature is rushing to rewrite the laws it previously adopted. Less than a week after a set of weakened versions of the minimum wage and paid sick leave laws passed the Senate, the House passed them late Tuesday evening as protests from the gallery echoed through the chamber. The bills now just await Snyder’s signature.

“We’re incredibly disappointed in the Legislature,” Danielle Atkinson, co-chair of MI Time to Care, the group behind the paid sick leave ballot initiative, tells Mother Jones. “The atrocity of the lame duck is that people who are not in office in January are making decisions that will make an impact for decades.”

The original paid sick leave proposal adopted by the state Legislature before the election would have given employees an hour of paid sick leave for every 30 hours worked from their start date, with leave capped at 72 hours a year. Under the new bill from the lame-duck session, workers are only guaranteed 36 hours of all forms of paid leave. The bill also went from covering all Michiganders to excluding 55 percent of the state’s workers, according to the Michigan League for Public Policy. “It’s really not an earned sick time bill,” says Atkinson. “It’s a poor imitation of one.”

“The atrocity of the lame duck is that people who are not in office in January are making decisions that will make an impact for decades.”

The same can be said about the rewriting of a proposal to raise the minimum wage. In the original proposal, the minimum wage would have been raised to $12 an hour by 2020, then indexed to costs of living increases. It also included a tipped minimum wage, which has been struck from the new bill. Now, non-tipped workers will only be guaranteed a $12 per hour minimum wage by 2030. In 2018, the living wage required to meet basic needs, such as food and rent, in Michigan for a working parent is already over $23 an hour.

The change to minimum wage laws will leave Michiganders like Tracy Pease, a One Fair Wage Michigan organizer who has spent the last 30 years working as a waitress, in the lurch. Pease, who testified in front of the state Senate last week, says her salary has only gone up $1 an hour over those three decades. “When you go into that restaurant, you are obligated to pay your food bill. You are not obligated to tip me,” she told lawmakers. “But I’m obligated to pay my rent. I’m obligated to pay [for electricity]. I would like to know why I’m only worth $3.53 an hour.”

While the lame-duck behavior didn’t come as a huge surprise, the swiftness with which the bills were pushed through still earned the ire of Democrats and advocates. “We may not have agreement exactly, but I’d be willing to compromise. They chose to go this route,” said Democratic Senate Minority Leader Jim Ananich. “They want to ram things through in the dark of night, eleventh hour, right before session ends. I think that’s the wrong approach.”

Peter Ruark, a senior policy analyst at the Michigan League for Public Policy who testified on the paid sick leave legislation in front of the Senate last Wednesday, said this is the worst lame-duck behavior the state has seen in years. “When I stepped up to the microphone to testify, I was not made aware fully of the changes, and had just learned minutes before that they made eligibility for the bill confirm with [the Family and Medical Leave Act] instead of covering all full-time and part-time workers,” Ruark tells Mother Jones.

Michigan has a history of pushing through anti-worker legislation during lame-duck sessions. In 2012, the outgoing Republican Legislature passed three right-to-work bills banning unions from collecting money from non-members. Despite having previously said right-to-work was “not an appropriate subject” for the Legislature and was not on his agenda, Snyder signed the bills into law.

“Gutting this proposal after adopting it is a cynical ploy.”

Minimum wage and paid medical leave protections haven’t been the only laws Republicans have attacked this year—Republican lawmakers have also worked to roll back a new law that would allow for Election Day voter registration.

Mark Brewer, former Michigan Democratic Party chairman and an attorney for the committees that circulated the sick leave and minimum wage initiatives, says Michigan One Fair Wage intends to sue over the legislation. Michigan One Fair Wage is also planning on trying to get its initiatives on the 2020 ballot. Governor-elect Gretchen Whitmer has expressed support of both ballot initiatives, and previously criticized Republicans for blocking a ballot vote.

“Gutting this proposal after adopting it is a cynical ploy to undermine the will of the 400,000 Michiganders who signed the One Fair Wage petition to support increasing the minimum wage,” Alicia Renee Farris, chair of Michigan One Fair Wage’s steering committee, told news station WLIX. “We followed the laws and rules of the state and collected enough signatures, only to have lawmakers adopt the proposal with the aim of gutting it in lame duck. This illegal move subverts the democratic process and is just plain wrong.”