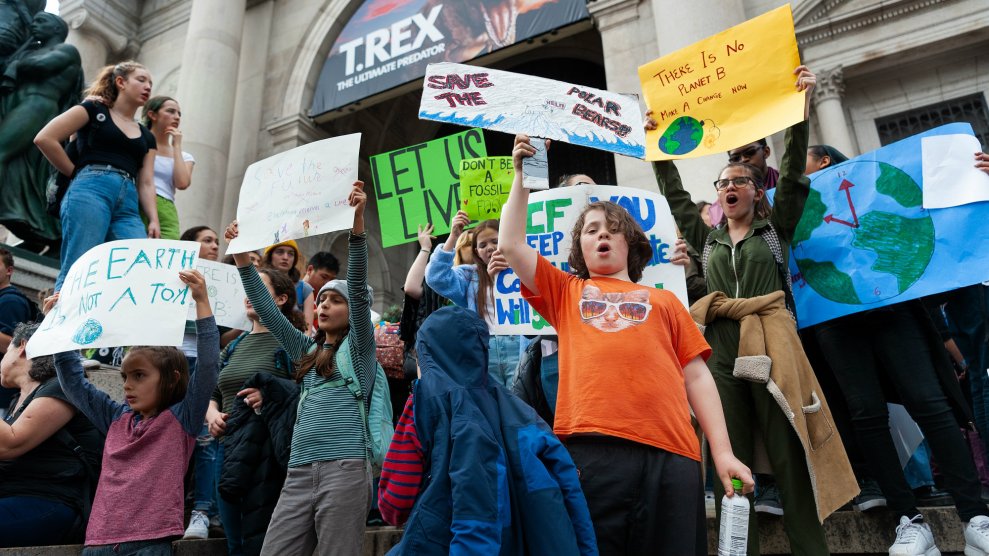 Climate change is already a major campaign issue for the many Democrats running to replace President Donald Trump in 2020. But while some candidates have expressed support for the ambitious Green New Deal or pledged to reject fossil fuel money, others have called the legislation “unachievable” or left the door open to Big Oil.

The environmental group 350 Action on Wednesday released a candidate scorecard known as the 2020 Climate Test to assess presidential hopefuls on three major metrics: support for a Green New Deal, opposition to new fossil fuel development and refusal to accept money from energy companies. (Trump is the only Republican listed, as no other members of his party have announced a bid to unseat him. He failed all three tests.)

“We’re making it clear where 2020 candidates land on the policies and practices essential to any meaningful attempt at addressing the climate crisis,” May Boeve, 350 Action’s executive director, said in a statement. “Bold climate action that strengthens our economy and communities is not only what most Americans want—it’s also the reasonable and responsible way forward.”

Recent polls show the issue is growing as a national concern. A Gallup poll this month found that a majority of Americans identify as “concerned believers” who are highly worried about climate change and believe it will pose a serious threat in their lifetimes. Other polling suggests public concern about climate change has increased since Trump took office and moved to unravel many landmark environmental policies and withdraw the country from the Paris climate deal.

Julian NoiseCat, a policy analyst at 350 Action, said the group is working to dispel any idea that climate action is unpopular or a fringe issue.

“The impacts of climate change are upon us. Full stop,” NoiseCat told HuffPost in an email. “All the data shows that Americans are increasingly concerned about climate change and looking to new leaders for meaningful action. Candidates who inspire the public about the promise of a green economy and the imperative to take-on the fossil fuel corporations polluting our planet and our democracy are going to stand out.” (NoiseCat was formerly a fellow at HuffPost.)

Despite public sentiment, Trump and his administration have maintained a firm anti-environment agenda. The president regularly mocks the idea of climate change on Twitter, and the White House is planning to set up a panel devoted to challenging the science behind the phenomenon that includes an avowed climate skeptic.

But on the Democratic side, 2020 candidates have for the most part indicated support for environmental policies, though some appear more willing to acknowledge the seriousness of the situation than others. Here’s how the Democratic field pans out so far, per 350 Action’s scorecard.

Three candidates have made firm climate-forward commitments, issuing their support for the Green New Deal, vowing to keep fossil fuels in the ground and banning donations from Big Oil.

We need to know more.

Five candidates have expressed firm pro-environment views, but we need to know more about their positions.

Not doing so hot.

Two candidates have failed all three of 350 Action’s tests, attacking the Green New Deal or making no firm pledges to work against fossil fuel companies.