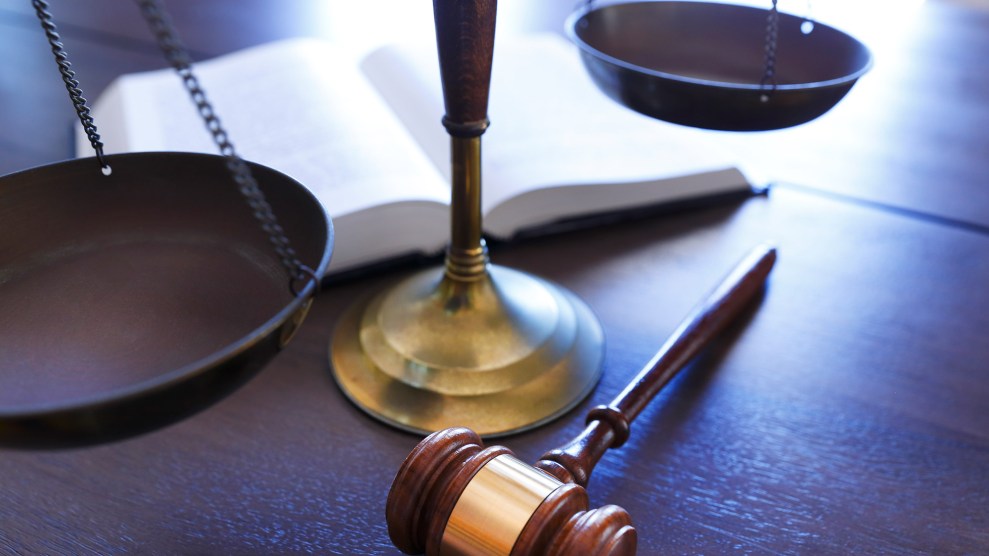 Conservative Iowa lawmakers are advancing a bill that would change the long-standing way judges are selected in the state. Critics of the legislation, introduced in early February, say it is motivated by displeasure over state courts blocking abortion and same-sex marriage bans.

“It’s just an extreme political power grab by legislators who are unhappy with our current system because they disagree with some court cases,” says Connie Ryan, director of the Interfaith Alliance of Iowa and chair of Justice Not Politics, a nonpartisan group aimed at protecting Iowa courts from special interest groups.

In 1962, voters approved a constitutional amendment requiring that Iowa justices be chosen using a merit selection system in which the governor appoints judges from candidates selected by nominating commissions. Half of the nominating commission members, a mix of lawyers and other Iowans, are, in turn, chosen by the governor and confirmed by the state Senate. Iowa lawyers elect the other half. Thirteen other states use a similar method to choose judges.

Under the proposed change, which would specifically affect the state Court of Appeals and the Supreme Court, the governor would still make the same number of picks for the commission, but state lawmakers would select the other half instead of attorneys, meaning that politicians would squarely control the nominating process, and 75 percent of the commission would be appointed by the political party in power. No commissioners would need senate confirmation.

Legal experts and advocates say that this move is the culmination of legislators’ efforts to secure more influence over the judicial branch that began after the Iowa Supreme Court struck down the state’s same-sex marriage ban in 2009. In the aftermath of that decision, well-funded conservative activists and special interest groups led a successful campaign to oust three of the Iowa Supreme Court justices, the first such instance since Iowa adopted the merit selection system 48 years earlier. Since then, conservative lawmakers have tried to chip away at the judicial appointment process through legislation, including failed bids to re-establish judicial elections and modify the selection process, though past efforts have had less support.

More recently, conservative lawmakers have been dismayed by Iowa court rulings against anti-abortion legislation. In January, a state judge overturned a fetal heartbeat ban that effectively outlawed abortion after six weeks of pregnancy and was considered one of the most restrictive laws in the country at the time. He based his decision in part on a June ruling by the Iowa Supreme Court declaring a fundamental right to abortion under the state constitution while rejecting a law requiring a 72-hour waiting period for women seeking abortions.

Speaking to anti-abortion activists gathered at the Iowa Capitol in late February, Gov. Kim Reynolds reassured the crowd that while she wouldn’t try to appeal the court’s ruling against limiting abortion, change was coming to appoint more judges who “will apply the law and adhere to the Constitution of Iowa and the Constitution of the United States, not inject their own philosophy.”

State Sen. Julian Garrett, the Senate floor manager for the bill, and lawmakers in the State House and Senate who sponsored predecessors to the current judicial reform bill—Rep. Steven Holt and Sen. Brad Zaun, respectively—are sponsors of resolutions to exclude a right to abortion from the state Constitution as well as other legislation restricting abortion. Zaun sponsored versions of what became the 72-hour abortion waiting period and the fetal heartbeat abortion laws. (Holt introduced an iteration of the latter on the House side.)

The Family Leader, a Christian group against gay rights, same-sex marriage, and abortion, is lobbying for the bill. The group was instrumental in the campaign to remove justices after the same-sex marriage ruling. Drew Zahn, communications director for the Family Leader, says the organization got involved because the relatively small number of lawyers nominating justices aren’t representative of Iowans, leading to disproportionately progressive judicial appointees. The need for reform predates the same-sex marriage fight, Zahn says, but he could not confirm whether the Family Leader had any role in the debate before the 2009 Supreme Court decision.

“It is abundantly clear and always has been that attacks on the Supreme Court and attacks on the courts in general since 2009 have all been about these social issue decisions from the Iowa Supreme Court,” says Andrew Mertens, deputy executive director for the Iowa Association for Justice and vice chair for Justice Not Politics. “All was quiet before then.”

The bill’s proponents say the current setup is flawed and partisan. “My concern is we have had Supreme Court judges who take the Constitution and change it to the way they think it ought to be rather than the way it’s written,” says Sen. Garrett. “Judges are stepping outside their bounds and acting more as legislators.”

By replacing lawyers with lawmakers, Garrett argues, the nominating commission can be held more responsible for its picks, since elected officials are accountable to voters, and attorneys are not. While he acknowledged that the rulings overturning abortion limits are examples of judicial overreach, that’s not the primary motivation for the bill. “It’s not any one case,” Garrett says.

Connie Ryan and others see it differently. “They say they’re trying to take politics out of the process. That’s just not true,” she says. “It directly puts politics smack in the middle of the nominating process.”

Republicans control the governorship, Senate, and House in Iowa, making this sweeping attempt at judicial reform more viable. The bill passed the Senate in March (on party lines), and the companion House bill has been placed on the calendar but hasn’t come up for debate yet. The most recent version under consideration would primarily change the selection process for the State Judicial Nominating Commission, which chooses nominees for the Iowa Court of Appeals and Supreme Court, a fact Mertens says is evidence of lawmakers’ true motivation in pushing the legislation. The coordination behind the bill and the speed at which it has moved through the legislature have caught many off guard.

“This issue was not something that anybody campaigned on last fall,” says Tom Levis, vice president of the Iowa State Bar Association. “When the legislation came out…it kind of took us by surprise, and it was on a fast track.”

Despite claims of unfair representation and skewed courts, a February Des Moines Register/Mediacom Iowa poll found that a majority of Iowans favored keeping the current system (13 percent said they didn’t know). A 2019 Justice Not Politics analysis shows that the State Judicial Nominating Commission did not lean left politically. In fact, more than 60 percent of the state commissioners identified as Republican, whereas in the general population of Iowa voters that number is closer to 30 percent. While merit selection has its own issues, and even the bill’s critics like Levis say Iowa’s system could be improved, it is still widely considered more independent than many other forms of judicial selection, especially elections. And a 2017 survey by an affiliate of the conservative-leaning US Chamber of Commerce ranked Iowa ninth in the country for trial judges’ impartiality and 11th for the quality of appellate review.

“Iowa has really strong, well-respected courts,” Ryan says. “We’re going to do harm to them, and actually in the end what it does is it harms Iowans. Everybody should be able to come into court and have a level fair playing field, and when you start to insert politics into the court system, then people don’t have that.”

The impact of this major change to judicial selection could extend far beyond social issues. Iowa isn’t the only state where lawmakers are trying to shape the judicial branch. The Brennan Center for Justice notes that in the first three months of 2019, bills have been introduced in at least 22 states that would give politicians more control over the judiciary—up from 18 states in all of 2018—and that “with a newly solidified conservative majority on the United States Supreme Court, state courts are likely to become increasingly important venues for fights over certain fundamental rights.” Several states besides Iowa are considering laws that would create a partisan advantage in judicial selection, including Alaska, Wyoming, Kentucky, and Arkansas. Each of those states, except Alaska, has a Republican trifecta (control of the governorship and both legislative chambers).