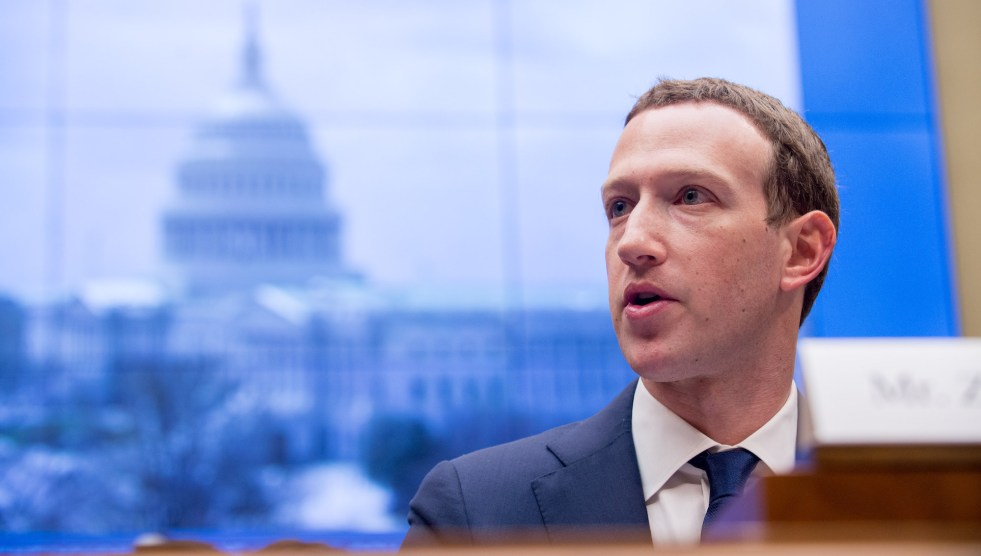 Nonprofits plan to use Facebook’s upcoming May shareholder meeting to continue a push to wrest power at the company from its founder and CEO Mark Zuckerberg. On Monday, in light of ongoing privacy scandals, repeated civil rights violations, and ongoing content moderation problems, civil rights group Color of Change and the investor advocacy group Majority Action filed an advisory to shareholders asking that they abstain from voting for CEO Mark Zuckerberg to remain chair of the company’s board.

“We need to see more checks and balances at top.”

According to Eli Kasargod-Staub, executive director of Majority Action, the notice, which is filed through the SEC, effectively outlines that Zuckerberg is not a “responsible choice” for the chair’s seat.

In a presentation being sent to shareholders, Color of Change and Majority Action are asking the company’s owners to withhold reelection votes for Zuckerberg at the May 30 meeting while voting for a shareholder resolution that would, among other changes, urge creating an independent chair and requiring the company to “expand transparency by reporting on addressing key risks of content governance, gender pay gap, and business structure.”

Facebook has faced several previous shareholder efforts to establish an independent board chair. In 2017, a collection of major institutional investors filed one such petition that was rejected by the board, with the company stating the move would “cause uncertainty, confusion, and inefficiency.” This April, a group representing some of the biggest public funds invested in the company—including the treasurers of Illinois, Rhode Island, Connecticut, Oregon, and New York City’s pension funds—also asked the board to adopt an independent chair at this May’s meeting.

Trillium Asset Management, which was involved in both filings, reported that the 2017 proposal received a majority of votes from outside stockholders, excluding Facebook executives and board members. According to a 2018 Color of Change and Majority Action filing, over 35 percent of independent shareholders withheld support from Mark Zuckerberg that year.

“We know that this is a tough act to pull. We are hoping that 51 percent of independent shareholders will step up and say Mark Zuckerberg shouldn’t be in this position,” says Brandi Collins-Dexter, a senior campaign director at Color of Change.

Facebook’s dual-CEO and board chair is an outlier among major tech companies: competitors Google, Microsoft, Apple, and Twitter all have separate people filling the roles. Monday’s filing outlines what the groups describe as Zuckerberg’s “consolidated control” after the recent exits of Facebook’s chief product officer as well as the founders of WhatsApp and Instagram, two once independent companies that were acquired by Facebook. As chair, Zuckerberg controls not only his personal, minority stake in the company but also board-controlled shares that come with special voting power. Taken altogether, he controls 57.7 percent of the votes, effectively giving him veto power over major changes.

Facebook’s dual-CEO and board chair is an outlier among major tech companies.

Shareholder activism is increasingly becoming a key tool for activists looking to impose corporate accountability on otherwise unwilling companies. In Seattle, Amazon shareholders have targeted the company over accountability practices including its environmental footprint. More recently the SEC ruled in favor of shareholders after Amazon attempted to block a vote that would require the company to stop selling facial recognition software unless it passed a civil liberties audit and acquired shareholder approval.

“There is a wide range of issues that are productively addressed through shareholder advocacy across a wide range of companies and industries, but Zuckerberg can veto any proposal,” says Kasargod-Staub.

“By and large, you have to go to companies like in countries like the Philippines to see this level of insider governance control,” he says. “We’re talking about a structure that’s highly unusual for the U.S. capital markets.”

Mother Jones has reached out to Facebook for a response.

Based on external and government pressure, Facebook is currently considering a number of reforms aimed at rectifying its civil rights and privacy failures. Recently, it has been reported that as a part of a multi-billion dollar settlement with the Federal Trade Commission, Facebook may be required to create a head compliance officer for its privacy efforts, most likely filled by Zuckerberg, who may be required to take on personal liability for the company’s privacy violations.

As Mother Jones has previously reported, Facebook is currently undertaking an internal civil rights audit after years of lobbying by civil rights groups, including Color of Change.

“We feel optimism about some of the set of changes that we’ve seen them implement, but we still feel like the idea that one person can have so much power can really roadblock any change and could make some of these changes temporary,” says Collins-Dexter. “We need to see more checks and balances at top.”