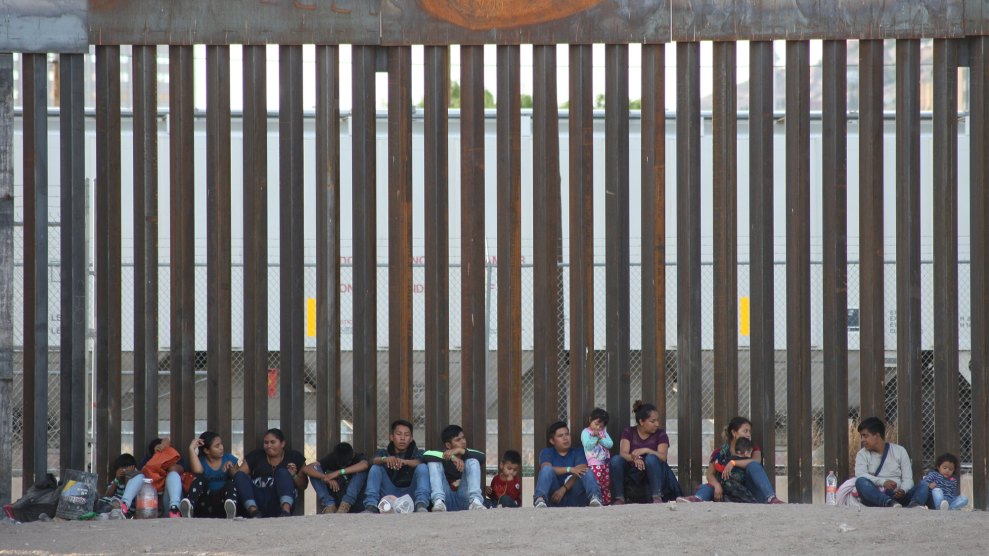 In the last four months, more than 11,000 migrants seeking asylum in the United States have been returned to Mexican border towns by American immigration officials under the Trump’s administration’s “Remain in Mexico” policy, and the number is likely to increase dramatically in coming months.

New numbers from the Mexican government’s migration office, Instituto Nacional de Migración, show that the border cities of Tijuana and Ciudad Juarez each received more than 4,000 migrants sent back from the United States, and Mexicali just over 2,500 people. The migrants are mostly from Central America and ended up in US custody after either turning themselves in to Border Patrol agents or presenting themselves at official ports of entry and asking for asylum.

On January 29, US immigration officials sent the first Central American asylum seeker back to Mexico under a new policy known as Remain in Mexico. Officially called Migration Protection Protocols, it allows the United States to send non-Mexican migrants who request asylum back to Mexico to wait for their day in immigration court, which could take months.

For months, Mexican border cities like Tijuana have been overwhelmed with Central Americans in need of shelter, food, and assistance. “The drastic increase in returns is being carried out without preparation in our already overburdened courts and without any influx of resources to Mexican border communities where these asylum seekers are being forced to wait for their hearings,” said Robyn Barnard, an attorney with the nonprofit Human Rights First. “This places vulnerable asylum seekers into a precarious and chaotic situation unnecessarily.”

Despite the Trump administration’s efforts to deter migrants, the number of people detained along the crossing surged to another record high last month, climbing to more than 144,000, according the Department of Homeland Security. In response, President Donald Trump went on the attack against Mexican officials, accusing then of not doing enough to stop Central Americans from reaching the US border. He withdrew his threat to impose tariffs on Mexican goods last Friday when he announced that the United States and Mexico had come to an agreement. As part of the deal, some parts of which had been in the works for months, Mexico agreed to receive more non-Mexican migrants as the United States expands its policy of sending asylum seekers back to Mexico.

The Washington Post reported that the US officials expect the number of migrants being sent back to rise to 1,000 Central Americans per day. And the head of Mexico’s refugee aid agency, COMAR, anticipates that the total number will reach 60,000 by August.