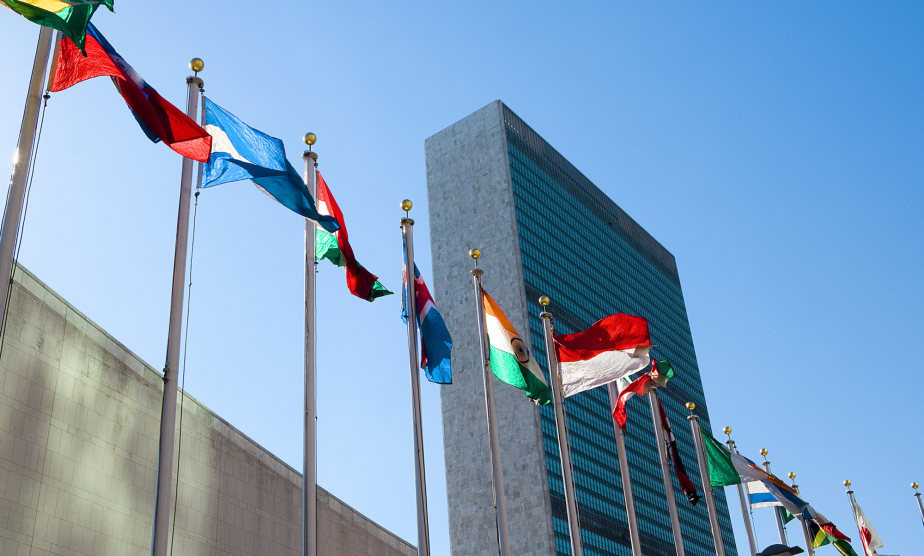 The world may have hit a hopeful “turning point” in the struggle to tackle the climate crisis despite escalating greenhouse gas emissions and the recalcitrance of major emitters Brazil and the US, according to the United Nations secretary general.

On Sunday, ahead of a key UN climate summit in New York, the World Meteorological Organisation published new data showing 2014-19 to be the warmest five-year-period on record.

But UN secretary general António Guterres said recent action by some countries and businesses, as well as the stunning rise of the youth climate movement, gave him hope that international goals to avoid catastrophic global heating could be met.

“I see a new momentum,” Guterres said. “I believe in these last few months [there has been] a turning point. Six months ago, I must tell you, I was quite pessimistic about everything. I would see no movement, now I see a lot of movement and we need to boost that movement.”

Guterres said he expects “very meaningful” climate commitments to be made by countries during the summit on Monday, which was thrown open to world leaders who had new initiatives on cutting planet-warming gases to announce.

The summit is designed to sharply prod countries to do more to meet the commitments of the Paris climate accords, where governments agreed to limit the average global temperature rise to 2C above the pre-industrial era. The world has already warmed by around 1C since this time.

Progress has been limited. Global emissions hit a record high last year, Donald Trump has said the US, the world’s second-largest emitter, will quit the Paris deal and Brazilian president Jair Bolsonaro has opened the way to raze vast tracts of the Amazon rainforest.

Guterres said neither Brazil nor the US have “turned up” with any new commitments for the UN summit.

“Clearly, we are lagging behind and that there are many resistances in many areas,” he said. “I feel that we are still running late and we need to accelerate. The next few years are absolutely crucial to reverse the present trend, that is still a negative trend.

“Emissions are still growing and the situation is getting worse, clearly. I am deeply convinced that climate change is the defining issue of our time.”

The daunting task of staving off disastrous climate change has been laid bare in a new analysis released by the UN that shows global emissions are not estimated to peak by 2030, the year when scientists say emissions must be slashed by nearly half from now to avoid devastating heatwaves, flooding and loss of species.

This dire forecast, driven by the continued dominance of fossil fuels despite the growth of alternatives such as solar and wind power, means countries will need to at least triple their current emissions reduction commitments to meet the Paris target, the UN report states.

The G20, the world’s wealthiest countries, represent 80% of emissions but are according to the UN doing “nowhere near enough” to scale up their ambition, eclipsed by developing countries that in the case of low-lying countries in Asia and the Pacific are at most peril from rising seas and drought.

Guterres, who has called for net zero emissions by 2050 and the end of new coal projects from next year, said he expects countries will do more, although he admitted he was concerned by a spate of new coal mines backed by China.

On the Trump administration, the secretary general said: “Of course we understand that the policy that exists today is not in line with this concern [of climate change].”

The UN summit is set to provide a sobering counterpoint to Friday’s global climate strikes, where millions across 150 countries skipped work or school in order to protest inaction over the climate crisis.

Guterres said pressure from young people, galvanized by the Swedish teen activist Greta Thunberg, will be “fundamental” in shaping the response from countries.

It appears however to have made little impression on Trump, who will pointedly be at the UN on Monday to attend a gathering on religious freedom rather than the climate summit.

“I don’t think other countries feel there’s much point putting pressure on President Trump because he hasn’t put off any signal in changing,” said Todd Stern, who was US special envoy for climate change during the Paris negotiations.

“In the absence of the US there is some lack of energy in the overall system so it’s good that the secretary general is convening people and pushing them hard.”

——Some major businesses have set out new goals, with a group of 87 companies – including Nestle, Nokia and L’Oreal – on Sunday committing to net zero emissions by 2050. But the abdication of the US looms large.

“The EU and China are the parties that can take this forward,” said Frank Rijsberman, director general of the Global Green Growth Institute. “It looks like we will have to wait until there’s another US president.”

The summit will be considered a success with a raft of new national commitments but it’s clear that even that may not be enough.

“I’m looking for something that will begin to bend that curve,” said Mary Robinson, former UN high commissioner for human rights. “And until it begins to bend, we’re not there at all.”